Wolf at the Door 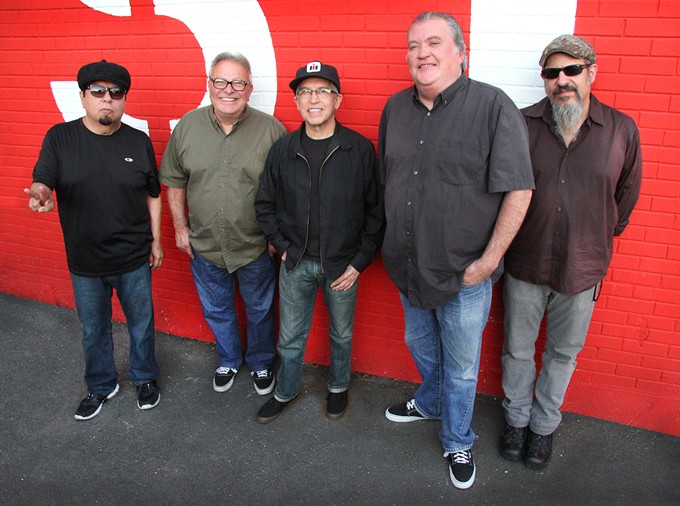 Longtime keyboard and woodwind player Steve Berlin, who has toured with Los Lobos since 1984, said the band loves coming through the Old Pueblo on tours.

"I have tight connections to the community there," Berlin said. "I've made a bunch of records there at WaveLab (Studios). Tucson's always been a special trip."

Berlin and his bandmates will come through Tucson as part of a nationwide tour that'll take them to Upstate New York, Pennsylvania and Albuquerque.

The band, which formed as just another band in East L.A. in 1973, has toured extensively in the ensuing four decades, releasing 15 full length albums, four live albums and three compilations.

Berlin said the key to the act's longevity is their ability to improvise each night they take the stage, combined with freedom to collaborate with other artists when they're not on-tour.

"Part of it is we actually like what we do," Berlin said. "Within the concept of the organization, nobody should feel like they can't do something."

Berlin's favorite part of touring is the joy that comes from the unexpected, where even the most well-played songs get new touches that make them sound fresh.

"I like the moment where unplanned things happen," he said. "We do have our repertoire, and we've started playing more of our acoustic stuff from our earlier days, so that's been, for me anyway, very gratifying because I love playing that stuff."

It's that on-stage dexterity that's made Los Lobos a household name in these parts, with a loaded catalogue of hits that span genres and generations.

Berlin said the act's ability to blend genres with relative ease comes from their on-stage camaraderie, giving fans something to savor.

"What I like the most about this tour is that you get to travel with us along the way," Berlin said. "Some songs we are playing are 30 years old and halfway through the show we turn into a rock band again. So, as far as I'm concerned, it's a unique thing to us. I'm not sure how many bands can pivot the way that we do and the way that we do."

Berlin, along with singer David Hidalgo, drummer Louie Perez, guitarist Cesar Rosas and bass player Conrad Lozano, have all played with the band for more than four decades.

The Philadelphia native is actually the shortest tenured member of the band in its current iteration, with the other members dating back to the early 1970s.

It's that bounty of institutional knowledge and instinct that guides Los Lobos forward on concert nights, drawing inspiration from each other, as well as those in the crowd.

A big reason for the band's longevity, according to Berlin, is their abbreviated road trips, which allow them to stay fresh.

"One of the ways that we keep ourselves from wanting to kill each other and ourselves is that we don't really do the extended tour," Berlin said. "We don't go out any more realistically for more than two or three weeks. And that's one of the ways to keep your sanity and to keep from breaking up. We're always on tour, but the kinds of tours that we're on, it's never one where you leave home and don't see anyone for a long time. So that helps a lot."

Berlin said fans who trek to the Rialto in early September can expect a night of unforgettable music, with timeless classics and newfound hits blended together.

"I think what we do is kind of unique. And I say that with humility, I don't think that there's a lot of bands that can cover what we can," Berlin said. "We start with songs from a long, long time ago and kind of work our way through that for maybe half a set, and then we take you on a bit of an adventure. So, I'd like to think it's a compelling night of music that you probably can't get anywhere else."