It's not uncommon to see angry comments on some of our articles at TucsonWeekly.com. Strange and remarkably vitriolic moments pop up all the time, and generally die down relatively quickly.

However, it can be a little disconcerting when the comments section takes on a life of its own—which happened with a post on The Range that I wrote last weekend.

I probably should realize that I'm asking for it when I call anything "stupid," but I didn't suspect that calling out a minor movement by some churches to rebrand Halloween as "Jesus Ween" would spark 50 comments calling me anti-Christian. I am not offended—I feel like I know myself better than someone who saw the post on Yahoo! and pounded out a response in the midst of their fury—but it would be nice if people would take an extra minute to read the entire post before lashing out.

Really, I don't hate Christians. Although this whole incident makes me rethink that label a bit, I even actually consider myself one. I co-wrote a book that is sold in some Christian bookstores. I own Jars of Clay CDs that I enjoy.

I appreciate it when people comment on things I write, even when they disagree with me—and while I appreciate the invitation to examine my soul and turn my life over to Jesus, accusing me of persecuting a faith probably isn't the best way to start that conversation.

The week on The Range

We followed Congresswoman Gabrielle Giffords' visit to Washington, D.C., for the retirement ceremony of her husband, Mark Kelly; noted that Tucson City Councilman Steve Kozachik was getting increasingly testy with the Rio Nuevo board; watched Sen. John McCain condemn the Bush administration's torture of detainees; followed the fight over the drawing of the state's new political boundaries; pondered GOP presidential candidate Herman Cain's view that the folks occupying Wall Street should get themselves some jobs; were disappointed to learn that Sarah Palin was not running for president; and posted the latest edition of Arizona Illustrated's Political Roundtable, with your moderator, Jim Nintzel.

We reported that the Arizona Daily Star was shuffling around some beats; watched GOP candidates speak kindly about immigration—back in 1980, that is; saw a car get swallowed up by a giant sinkhole; got blinded by a haboob on Interstate 10; and noted that the feds were cracking down on California pot dispensaries.

We shared lots of great music; watched the Lariats perform at Hotel Congress during Fall Club Crawl®; gave you an advance look at the new Calexico box set; told you about the latest in Tucson bicycling news; urged you to adopt a cute dog; took another look at Biosphere 2; and learned how to make a cocktail;

We said goodbye to Steve Jobs; checked out the new iPhone; ignited a big fight over whether it makes sense to hand out Bibles to trick-or-treaters; introduced the new Tucson Weekly dating service; told you about Tiger Cub Pack 261's Operation Popcorn; enjoyed the latest episode of Community; discussed about Aquaman comics; and told you why we really hate the Internet sometimes.

"Wow, Rialto ... all those dollars I donated to the renovation of this venue, and you choose not to offer us Juggalettes a little privacy by neglecting to include doors on the bathroom stalls."

—TucsonWeekly commenter "shame on you rialto" believes that Juggalettes should be given at least one moment of solitude ("Insane Clown Posse, Twiztid, Blaze," Tucson Weekly events listing, Oct. 8).

This week's issue includes one of our Pride special sections, and since this year's Tucson Pride celebration was split over two weekends, we wanted to recap the highlight of the first weekend: the parade, which coincided with Second Saturdays Downtown. Tim Glass was at the event, and while you can see some of his photos in the Pride section, you can see more images in all their digital glory right here. 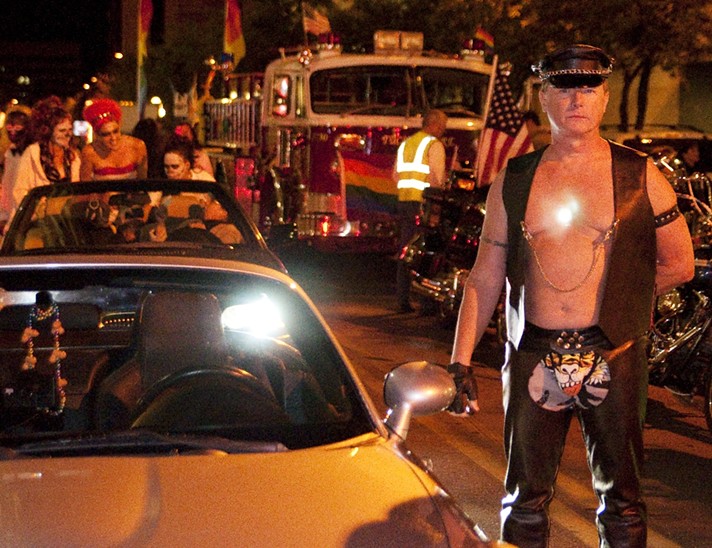 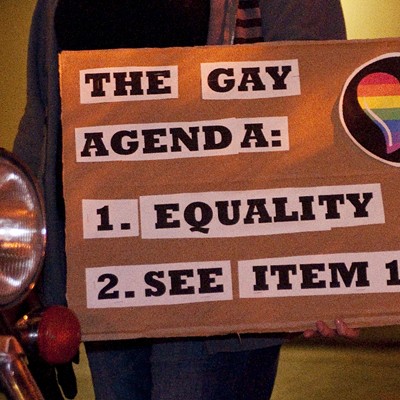 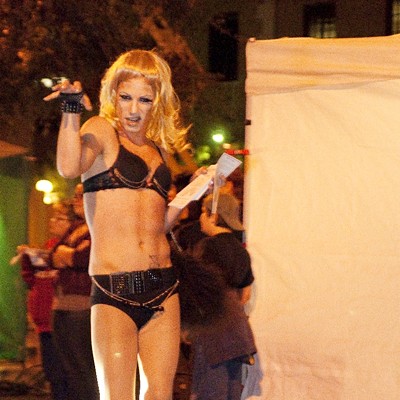 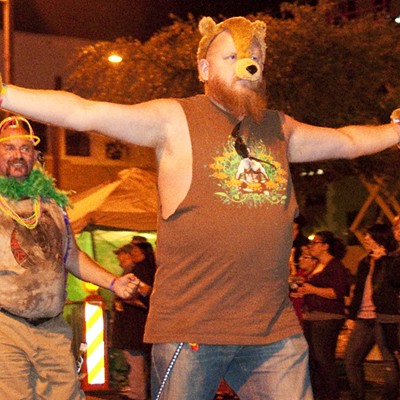 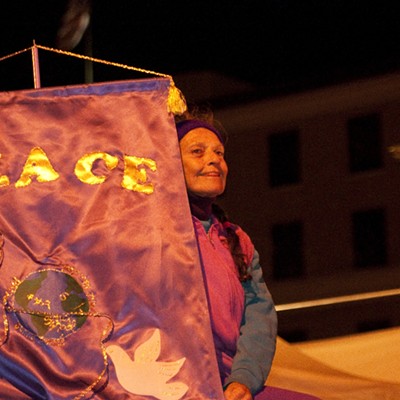 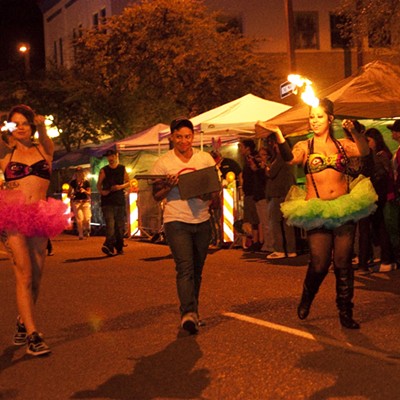 Also, Eric from Heroes and Villains gets to talk about a comic he actually likes this week (the ass-kicking revenge fantasy Luthor Strode), which might almost make up for the Aquaman debacle last week.