The initiative is an assurance to our undocumented family members, friends and neighbors that Tucson is ready to build a more inclusive and equitable future 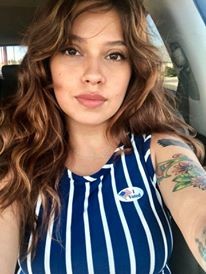 In the last few months, Tucson has been abuzz with the idea. This is because in November, Tucson will have the opportunity to vote "yes" on Prop. 205, the "Tucson Families Free and Together" initiative.

You may have heard that a "yes" vote would make Tucson the state's first sanctuary city. But this designation is only part of a larger picture. A full reading of the initiative (something many of our most vocal opponents have failed to do) reveals not merely a "sanctuary" law but a strong, common-sense proposal with clear goals and procedures.

It is misleading to say that Prop. 205 is simply a short-sighted effort to label Tucson as "sanctuary." First, "sanctuary status" does not have any clear definition. There is no one-size-fits-all sanctuary template. While all sanctuary cities adhere to certain principles, these metrics can fluctuate depending on who you ask or who is currently making the "rules." This is to say: sanctuary is what you make it. To be sure, Prop. 205 would make a bold declaration, but it is much more. The true purpose of Prop. 205 can be found in its name: Keep Tucson Families Free and Together.

A close study of Prop. 205 reveals more than 15 new guidelines to protect and uplift the civil rights of all Tucson residents. If approved by voters, we expect to see a reduction in arrests, strengthened trust in public institutions, an increase in community safety, a drop in crime rates, and a lower rate of detention and deportation of our community members, among other long-term benefits.

Now, you may ask, are these measures needed? So, before we get into the facts of the how, lets first discuss the why.

The why began years before the Trump administration came into power. Arizona has long been the petri dish for anti-immigrant policies and, to fully understand Prop. 205, we must revisit the Arizona of 2010. In that year, then-Governor Jan Brewer signed into law the infamous SB1070 (also known as the "show me your papers" law.) SB1070 was part of the "attrition through enforcement" doctrine advanced by xenophobic anti-immigrant organizations like FAIR and CIS. Co-authored by the likes of Kris Kobach, SB 1070's underlying legal doctrine was largely rejected when the U.S. Supreme Court overturned the majority of its provisions.

Ten years out, however, Arizona's immigrant communities still live under the provision that formed the core of SB 1070—the "show me your papers" provision. This, in essence, forces all local law enforcement in Arizona to collaborate directly with ICE and Border Patrol when conducting certain types of traffic stops.

Let's be clear: SB 1070 has had a resounding effect on the health and wellbeing of our migrant community. SB 1070 was intended not only to exclude undocumented immigrants from social institutions (e.g., the protection by police, housing, education, healthcare), they were intended to turn the social fabric against undocumented immigrants to create fear, stress, trauma and to make life virtually unbearable.

Studies have found that SB1070's authors were largely successful in negatively affecting the social, emotional, mental and physical health of the undocumented community. Tomas Lopez found that the law's passage left behind a generation of "destabilized, disillusioned and disadvantaged" youth who saw their communities torn apart by the departure of family members and friends. The report found a lasting distrust for public institutions, including schools and police.  These findings reveal that SB 1070 negatively impacted not only undocumented immigrants but a broad population, including citizens and legal residents belonging to the thousands of "mixed status" families that call Arizona home.

Further, Rebecca Crocker found that SB1070 introduced negative health outcomes, increasing the "dangers, frustrations, and stressors of undocumented life in Arizona." Participants in her study described how "their fear of police detection, particularly following the passage of SB1070, prevented them from participating in community activities and from fulfilling civic duties, such as reporting crimes." And Hardy (2012) found that SB1070 increased fear so much that people limited their movements and avoided public spaces.

A common theme among these reports is the reinforcement of an already deep-seated mistrust for police within the migrant community.

Now,  what happens when you combine this type of historical precedence of fear in Arizona with the current brand of violent, xenophobic and inhumane national rhetoric/policies? We can safely infer that these effects are exacerbated even further. This is precisely why a measure like Tucson Families Free and Together is urgently needed and long overdue.

Prop. 205 is an assurance to our undocumented family members, friends and neighbors that Tucson is ready to build a more inclusive and equitable future. Further, Prop. 205 is unlike any other sanctuary city policy in the country for 5 reasons:

Unlike other so-called sanctuary policies, Prop. 205 offers protections for all residents against unwarranted searches and detentions by curbing pretextual traffic stops altogether.

Prop. 205 is the first "sanctuary" policy organized and placed on the ballot through a community-led initiative. Meaning, it is a grassroots movement uplifted through the tireless volunteer efforts of countless day-to-day Tucsonans who collected over 18,000 signatures. This has never been done before in the history of this country.

Prop. 205 was written with the community at the table including migrant/human rights advocates, public defenders, immigration lawyers, LGTBQ advocates and directly-impacted people.

If passed, Prop. 205 would be shielded from possible state efforts to strip Tucson of state-shared revenue. Because Prop 205 is an exercise in direct democracy through Arizona's constitutionally protected initiative processes, Tucson cannot be punished through the mechanisms created by Phoenix Republicans to pre-empt or defund cities with the audacity to pursue progressive policy priorities when their leadership won't. Prop 205 is shielded from such retaliation because it is not an "official action adopted or taken by the governing body of a city"—something that Tucson's foes would need to prove in court. We are confident that Tucson would not lose a dime if challenged and are preparing for a legal defense if it comes.

Prop. 205 is the first comprehensive policy in Arizona that specifically takes into account the nuances of SB1070. This means that Prop. 205 was written around the edges of SB1070. For example, where SB 1070 is vague, Prop. 205 gives strict guidance to protect community members from racial profiling and subsequent interaction with Border Patrol. At its very root, the provision left in place by SB1070 mandates racial profiling; our bill mitigates this harm to its farthest reach without breaking law.

Another few important points to note is that our bill does not prevent the investigation of any  crime. Far from preventing investigations, Prop. 205 allows for increased crime reporting by removing the burden of civil immigration matters. This means that first responders can prioritize their roles as first responders. Prop. 205 will not prevent local police from collaborating with any federal agency except where such collaboration is related to civil (non-criminal) immigration violations. Nor will federal law enforcement be prevented from offering strategic assistance to our local police on matters of public safety, such as access to crime databases. Claims to the contrary are simply born of a mis-reading or misunderstanding of Prop. 205.

I once heard a Mexican human rights advocate say "so long as sanctuary is needed, sanctuary must be provided." He was referring to a "sanctuary" shelter for Central American migrants which he ran out of his house near Mexico's southern border. It is in this same spirit which our historical sanctuary movement in Tucson was born. It is here where our vision is focused. We understand that when government fails to provide safety and justice to its most vulnerable residents, it becomes our responsibility as a community to do so.

Contrary to what city officials contend, we know and have documentation that they do, in fact, collaborate with ICE and Border Patrol on a regular basis. And sadly—while we have atrocities like families being torn apart at the border and refugees being caged in overcrowded facilities without sanitation and with barely enough food—locally we have so-called allies in office pushing the same old and tired politics of fear and inertia. The times demand that we resist complacency and I believe that Tucson will send a resounding message. One of love and hope. One which will make us better in the long run.

Voting yes on Prop. 205 is the right thing to do this November. While we cannot do much about conditions in federal detention centers, we can render SB1070 practically useless—and we can do so without violating state law. No, we cannot prevent another white supremacist like the El Paso mass shooter from targeting migrants, but we can pass legislation to encourage victims to seek medical treatment and protection under the law. We may not be able to legislate a stop to family separation at the border but we can put into place real and lasting protections for Tucson families so that they may live and thrive with less fear of detention and deportation. We, as a community, understand the need to build a Tucson of the future. A Tucson where all people are assured safety and justice. Sanctuary because as a city we must refuse to collaborate in the federal effort to intimidate, detain, separate and deport our community. Please join me in voting "yes" on Prop. 205.

Zaira Emiliana Livier is a campaign director for Tucson Families Free & Together.