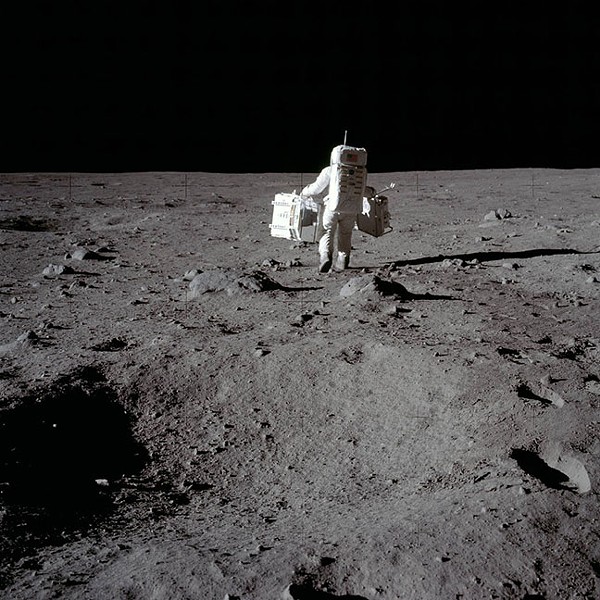 Fifty years ago, Neil Armstrong and Buzz Aldrin became the first humans to ever set foot on the moon while 600 million people watched from Earth, and astronaut Michael Collins drifted quietly overhead. But what does that have to do with Tucson? As it turns out, quite a lot.

Throughout the decade before the Apollo 11 mission, researchers at the University of Arizona studied and mapped the lunar surface, eventually creating the first atlases of the moon. It was these same maps NASA used to decide where to land and which direction to send their astronauts once they took those famous first steps. Gerard Kuiper, regarded as the "father of modern-day planetary science," led the UA moon-mappers and established the university's Lunar and Planetary Laboratory.

Kuiper and his team created four atlases, culminating in the 1967 "Consolidated Lunar Atlas." This atlas was created by photographing the moon's "terminator," the strip on the moon caught between light and dark where craters and their shadows are most visible. The Consolidated Lunar Atlas comprised multiple high resolution images, most of which were taken with the NASA-funded 61-inch telescope on Mount Bigelow in the Catalina Mountains north of Tucson.

"There's a lot of space science that comes through Tucson," said Timothy Swindle, director of UA's Lunar and Planetary Laboratory. "It's literally the best place for telescopes in the continental United States."

Aside from the geographic benefits, professor Swindle also points to the roots of planetary science in Tucson that are still supporting the local industry today. Simply put, Tucson has a strong footing in planetary science because the university was allowing for research in that subject before most other universities. And these roots include more than lunar ledgers.

According to Swindle, the university and LPL have built instruments for or contributed personnel to work on the majority of NASA missions. Some of these missions even predate the moon landing. Kuiper and planetary scientist Eugene Shoemaker worked on NASA's Ranger and Surveyor probes between 1966 to 1968, helping to photograph and test the moon's surface prior to landing.

Throughout the following decades, UA continued its collaborations with NASA, having scientists and professors work on the Voyager probes, Mars missions, and of course the ongoing OSIRIS-REx asteroid mission.

All of this expansion led to the UA being regarded as a leading space research university, and this spills into Tucson as well. 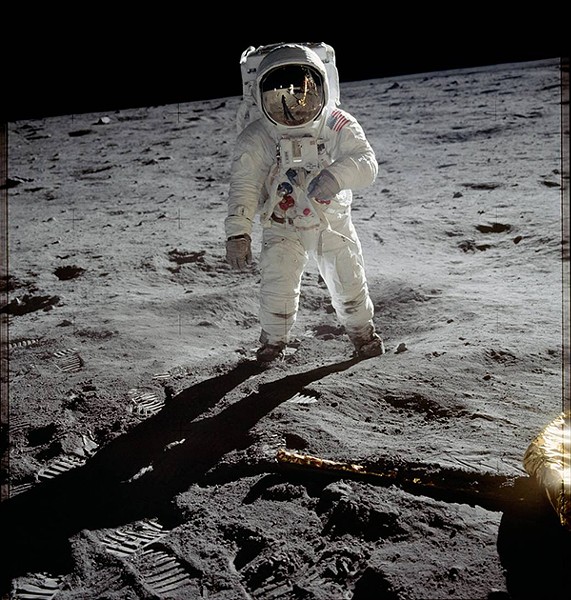 "Of course, our biggest impact on the local economy is the $40 million we bring in annually," Swindle said of the LPL. "We have something like over 200 employees, depending on how you look at it."

That $40 million mostly comes from NASA grants and contracts. However, space science is an even larger industry outside of the LPL. According to Swindle, when including the Steward Observatory, LPL, and more, the UA spends roughly $100 million annually on space science, more than any other university in the nation.

The Lunar and Planetary Lab’s research moves outside the university system as well. In the past, LPL scientists have collaborated with Raytheon, Spectral Instruments, Starizona and several local machine shops. Outside of the University, Tucson is home to several space companies. And even these independent companies have successful connections to NASA.

One of these is Paragon Space Development Corporation, which recently secured two NASA contracts. One of these is to develop a water purification system for use on the moon as part of NASA's NextSTEP Program. This is expected to increase both the safety and affordability of future spaceflight missions by limiting the need to launch supplies, such as oxygen and water from Earth. Paragon, responsible for the first commercial experiment on the International Space Station, aims to find solutions for life support and thermal control technology gaps in space.

“If you’re going to space, you’ll always need a life support system,” said Grant Anderson, Paragon’s President and CEO. “The one problem we need to focus on with going to space is the reliability and robustness of things. You can’t just run down to Home Depot if something goes wrong.”

Paragon also landed a NASA contract to further develop their Condensate Separator for Microgravity Conditions (COSMIC) technology. This technology "separates liquid condensate from air" and supplies the condensate to the Water Processing Assembly onboard the International Space Station.

Of course, other local space companies are working independent of NASA. The space technology company Vector aims to change space access for startups in two ways: First, by launching low-cost micro-satellites and second, by moving satellites away from their current "hardware-centric" state, into being more software defined.

According to Anderson, the near future of space exploration will most likely be a collaboration between private companies and government organizations.

“If you look at the history of exploration, it’s always been paid for by those who have a lot of money, and governments usually have a lot,” Anderson said. “But eventually you reach a point where businesses can turn a profit, and we’re already seeing the beginnings of privatization.” Space scientists at the UA also operate the Catalina Sky Survey. Conducted out of the Steward Observatory's Catalina Station on Mount Lemmon, CSS searches for near-Earth objects, often for potentially hazardous asteroids. It is estimated CSS and LPL’s Spacewatch program have discovered approximately half of all known near-Earth asteroids.

And speaking of space rocks, Tucson is also home to Aerolite Meteorites, an international meteorite company that specializes in selling meteorites, as well as jewelry and merchandise made from them. Individual pieces can cost upwards of ten of thousands of dollars, and often find their way into the Tucson Gem and Mineral Show.

There are multiple reasons why Tucson and Tucson companies are so invested in space exploration, according to Anderson.

“There’s the organic reason, in that we’re near a university and have a lot of talent coming from there,” Anderson said. “But it does seem interesting, considering the per-capita number of space companies in Tucson. It’s much more than other cities.” Businesses in Tucson are even exploring ways to get to space without rockets.

World View Enterprises prides themselves as "radically rethinking access to space" with balloon technology. Earlier this year, World View completed a 16-day mission with their high-altitude "stratollite" balloon vehicle. These are able to travel thousands of miles in the stratosphere, remain in designation locations in the air, and descend precisely onto a landing point.

All of this adds up to the conclusion of a study commissioned by the UA, examining the Southern Arizona Space Ecosystem, and recommending the university further reinforce this concept. According to Swindle, they’re already well on their way. LPL recently submitted three project proposals to NASA. All together if accepted, these projects would generate an estimated half of a billion dollars over their lifetimes.

“Anything involving space, we’re interested in,” Swindle said. “We’re always looking for the next big thing.”