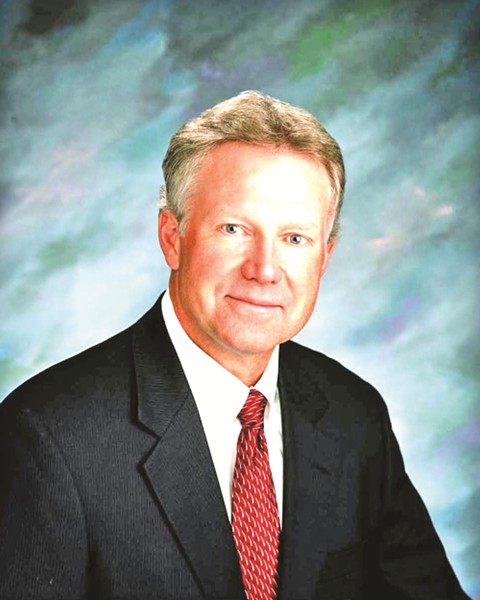 About 96 percent of the high-school kids who take career and technical courses in Arizona's Joint Technical Education Districts graduate from high school.

Those are the best numbers of any program in Arizona, so you'd think that Gov. Doug Ducey and Republican lawmakers would be trying to expand the career and technical education program.

But that's not the case. Instead, in the rush to complete last year's budget, Republican leaders cut $30 million from the program for the upcoming fiscal year. For Pima County, which gets about $17.5 million from the state, the cut would total about $5 million, according Alan Storm, superintendent and CEO of the Pima County JTED.

And if that cut goes into effect as planned on July 1, the program in Pima County will likely come to an end, warns Storm.

As the cuts sink in, "the school districts will stop offering these programs, " Storm says. "They will lay off teachers. Once that teacher is laid off, they no longer have kids in that program. The bottom line is, it will take about two years for schools to say they can't afford to run this program."

The JTED programs provides education in fields like nursing, biosciences, auto repair, computer programming and the like—basically, programs that require a significant amount of upfront investment. Since every school can't be outfitted with the necessary equipment and teachers, JTEDs will often set up central programs that kids can travel to attend courses, although some of the programs are also offered on home campuses for some students. When they graduate from high school, they often receive certification to go right into work in their field or have a leg up if they go on to community college or a university.

It's basically the 21st-century equivalent of vocational ed—and it has huge support from the local business community.

Mike Varney, president & CEO at the Tucson Metro Chamber, says the program has been "tremendously successful."

Varney says the program helps inspire high-school kids to remain in school and gives them the spark they need to find a career. And local JTED leaders have crafted the program to fit what employers are looking for.

"The fact is, we have Tucson employers crying for qualified workers so they can grow expand and JTED has done its level best to try to shape its programs to meet the labor needs of local businesses," Varney says. "It's a match made in heaven."

Varney says a survey of his members showed they loved the JTED program.

"Overwhelmingly, the business community said: Fund JTED," Varney says. "We don't care how you do it."

Varney notes that lawmakers already slashed JTED funding five years ago, when $30 million was cut from the program and courses were eliminated for high-school freshmen. Varney wants to see funding increased so that those freshman courses could be restored.

Ron Shoopman, president and CEO of the Southern Arizona Leadership Council, says that SALC is a "huge supporter" of JTED programs because the "courses are a critical piece of student success. Many students really catch fire when they get involved in those programs."

Shoopman agrees with some lawmakers that the current funding formula for JTEDs is too complicated, but that the legislature should restore funding first to ensure that the JTEDs are still in business. Then the funding model can be reformed and emphasis can be placed on programs that are doing the most to provide career and technical education to students.

"There's no question the program is valuable," Shoopman says. "I think we have some structural issues. We don't want to see a generation of kids lose out while we solve the structural problems."

To their credit, it appears that state lawmakers are moving forward to restore the $30 million in funding cuts that are looming later this year. One bill, sponsored by Yuma Sen. Don Shooter, has 72 co-sponsors across both legislative chambers and both political parties.

So far, the biggest holdup appears to Ducey, who did not include a restoration of the $30 million in funding for the upcoming fiscal year in his budget plan. Instead, Ducey proposed a program that would provide JTEDs with an additional $10 million a year, provided they can find matching funds from local businesses or other supporters.

Ducey spokesman Daniel Scarpinato says that Ducey supports career and technical education, but he is equally concerned with ensuring the state budget be structurally balanced by the end of fiscal year 2017.

Scarpinato says that Ducey's budget was meant to be the "beginning of a conversation" and that the governor remains "open to any good proposal that funds career and technical and keeps us hitting that mark of structural balance by fiscal year '17."

But Scarpinato stopped short of endorsing the legislation designed to restore the funding ahead of the normal budget process.

"Separate legislation on this, I suppose, is an option but generally speaking, when it comes to budget related issues, we see it as very important that those be dealt with in the budget and not as stand-alone legislature because that is how you end up in a situation where we don't have the dollars to fund what we need to," Scarpinato says.

Storm hopes lawmakers act sooner than later because school districts are already putting together budget plans for next year.

"Right now, every school district is doing registration for next August," Storm says. "If they're going to receive budget cuts, they have to decide whether or not to go ahead and cut teachers and cut programs. Most districts need to know by March. We need this fixed by the middle of February."

Storm adds that Ducey's proposal to have JTEDs compete for matching funds and grants is "a nice concept if it were on top of restoration of our budget, but it's also pretty iffy to think that you're going to get businesses, which are struggling as they are, to essentially fund education programs."

Besides, Storm says, "If we don't have our current funding restored, we won't be around in a year and a half to apply for those grants."

Zona Politics with Jim Nintzel airs at 8 a.m. Sunday on the CW Tucson, Channel 8 on Cox and Comcast and Channel 58 on Dish, DirecTV and broadcast. You can hear the show on KXCI, 91.3 FM, at 5 p.m. Sundays or watch it online at zonapolitics.com. This week's guests are Pima County JTED Superintendent and CEO Alan Storm, National Republican Committeeman Bruce Ash and former Pima County Democratic Party chairman Jeff Rogers.