President Donald Trump backed off his lunatic scheme of imposing rising tariffs on Mexican imports last week, just days before the first 5 percent tariff was set to go into effect.

Trump claimed that Mexican authorities had agreed to various conditions, including a new Mexican National Guard that would block Central American refugees from traveling across Mexico to the U.S. border, as well as an agreement to allow refugees who reach the United States to be bused back to Mexico to await the outcome of their asylum cases. Mexican authorities dispute the details of Trump's version of events and say much of this was already in the works or agreed to months ago. But hey, you can always trust Trump, right? That guy always plays it straight.

Trump is still threatening to impose the tariffs down the road if things don't go the way he wants, much to the dismay of many congressional Republicans, as well as American business owners who rely on Mexican imports and trade in general. What was it Arizona Chamber of Commerce and Industry CEO Glenn Hamer said when Trump announced his plan to put tariffs as high as 25 percent on Mexican imports? Oh, yeah: "The president's announcement is baffling and, if carried out, will be terribly damaging." We've been saying that about a lot of Trump's plans, Glenn. Welcome to the party.

Even crazier, Gov. Doug Ducey—who has spent a tremendous amount of time and effort rebuilding Arizona's trade and tourism relationships with Mexico, to the benefit of both Arizona and Sonora—said he supported Trump's tariffs.

"Everyone knows I am opposed to tariffs and deeply value Arizona's relationship with Mexico," Ducey said in a series of tweets after Trump first announced his tariff plan. "I prioritize national security and a solution to our humanitarian crisis at the border above commerce."

Now there's a guy with his eyes on the White House—and who obviously doesn't want to rile up the GOP base.

But you know what's even more appalling than the plan for tariffs? The news that the Trump administration plans to end all educational programs, recreational opportunities and legal services for minors in their custody.

The Trump administration is claiming it's just a budget problem; as Evelyn Stauffer, spokeswoman for the Administration of Children and Families at Health and Human Services, said in a statement to NBC News: "Additional resources are urgently required to meet the humanitarian needs created by this influx—to both sustain critical child welfare and release operations and increase capacity."

Guess what? Part of child welfare is understanding that being isolated from your family and alone in a strange country is bad enough for a kid's head. Take away the chance to learn something and to play and you might as well be torturing them. But that's not a very big leap for an administration that couldn't understand why kidnapping children from their parents and locking them in cages was fundamentally disgraceful and horrifying. These people are truly monsters—and we have a feeling there's worse to come.

Tucsonans will be deciding on a new mayor this year, with three Democrats—Ward 1 Council member Regina Romero, former state lawmaker Steve Farley and downtown developer Randi Dorman vying for the Democratic nomination in the August primary. (Republicans didn't field a candidate for mayor, although independent Ed Ackerley will face off against the winner of the primary.)

And since Romero is giving up her council seat to run for mayor, we'll also have a new face in the Ward 1 office after November as well. Four Democrats are in that primary race, which will decide the contest, as no Republicans filed to run in Ward 1: Former Ward 1 aide Lane Santa Cruz; longtime local rabble rouser Miguel Ortega; Sami Hamed, a former aide to Congressman Raul Grijalva; and Rob Elias, the director of marketing at the Tucson Botanical Gardens. 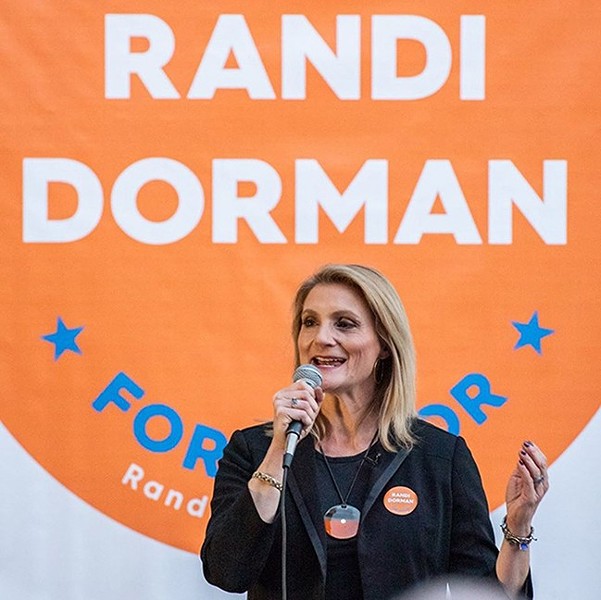 If you're interested in meeting the candidates, they'll be gathering for a forum on gentrification at noon on Saturday, June 22, at El Rio Neighborhood Center, 1390 W. Speedway Blvd. The forum, sponsored by a variety of downtown and westside neighbood groups and other organizations, will be moderated by Nancy Montoya of Arizona Public Media.