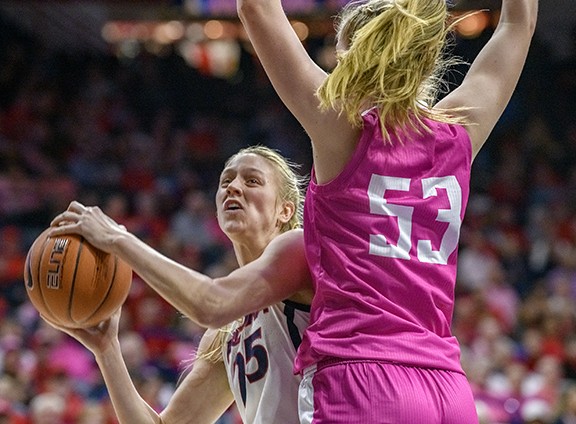 Meanwhile, Saturday night's music lineup is a reminder of how blessed we are in this town. There's something for everyone who likes music. Brother Ali will spit rhymes about injustice at 191 Toole. RCA recording legend Charley Pride—still touring at age 85!—is at Desert Diamond Casino. Reggae stars Steele Pulse hit the Rialto Theatre. Irish traditional folk artists The Chieftans are at the Fox. There's a Van Halen tribute act Mean Streets at Encore. And that's just scratching the surface, as you'll learn when you get a load of Xavier Otero's XOXO column this week. We've also got the lowdown on the upcoming Rialto Theatre gala and centennial celebration in the Music section.

Elsewhere in the book: Associate editor Jeff Gardner digs into how Trump's hideous erection, aka the border wall, is now imperiling the endangered San Pedro River; columnist Tom Danehy remembers when a socialist ran for governor of California; managing editor Logan Burtch-Buus previews the opening of the newest downtown deluxe donut shop/craft beer establishment; China Young of Taming of the Review got a kick out of the young female soccer players onstage in Arizona Repertory Theatre's production of The Wolves; movie critic Bob Grimm says Sonic the Hedgehog is predictably awful; comedy correspondent Linda Ray previews all the ways to find a laugh in this town this week; and there's plenty of puzzles, comics, fortunes, sex advice and more in our pages this week. Read it or miss the details of that upcoming cat video festival at the Loft Cinema!