Movie Lovers Rejoice! The Loft Film Fest is back!

Courtesy photo Windows on the World

For its tenth anniversary, the Loft Film Fest is bringing Tucsonans films from Hungary, Sweden, Guatemala, South Korea and more. As with previous Loft Film Fests, this year's event does not stick to a core theme, but rather celebrates all forms of film, from classic to cutting-edge, and even some that push the boundaries of what is considered film at all.

"It's sort of an overview of great films from other festivals," said Loft Cinema program director Jeff Yanc. "Generally, the idea is bringing other international festival titles to Tucson. So throughout the year, Loft staff goes to those festivals and kind of scouts for films, and we bring them back to our fest."

This year's films range from documentary to feature to short film and include highlights like Cunningham, a documentary about modern dancer Merce Cunningham, comprising music, live dance and archival footage, all shot in 3D; The Heart (Hjärtat), a Swedish drama focusing on the complexities of modern relationships; Nomad: In the Footsteps of Bruce Chatwin, where documentarian Werner Herzog rectraces the steps of a dead friend who had a passion for the nomadic life; and Mickey and the Bear, the feature debut of director Annabelle Attanasio about a teenager trying to help her alcoholic, opioid-addicted veteran father.

"The goal is always to be intentionally inclusive, in terms of films from different countries, and the representation of different kinds of people and identities on screen," Yanc said. "We're also very conscious of films made by women, so we always have a goal of at least half the features to be directed by women." 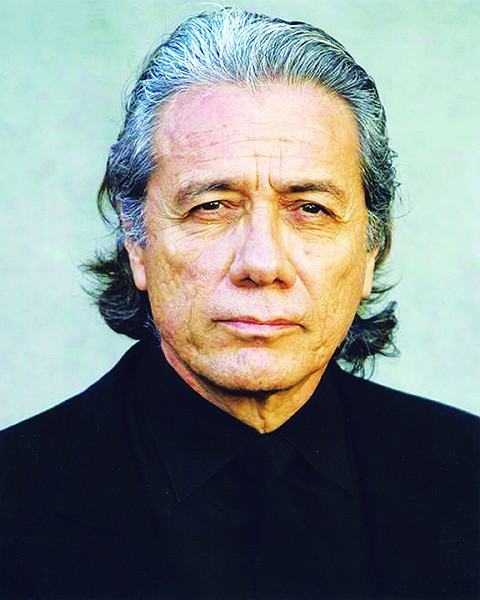 Every year, the fest also celebrates film industry members with their "Lofty Achievement awards." This year, the Lofty Achievement awards go to Edward James Olmos and Illeana Douglas. Olmos, perhaps best known for his roles in Blade Runner and Miami Vice, will attend the Loft Film Fest to present the film Selena in which he is an actor, and the new film Windows on the World, directed by his son Michael D. Olmos, who will also be in attendance. Douglas, known for her roles in Goodfellas and Cape Fear, will attend the Loft Film Fest to present star-filled night the film Grace of My Heart, in which she is an actress.
Another special guest to the fest is director Don Coscarelli, who will attend a 40th anniversary remastered screening of his 1979 horror classic Phantasm. He will also receive The Loft Film Fest’s 2019 Lee Marvin Maverick Award, presented to film artists whose work “embodies a bold spirit of daring, originality and independence.”

For the first time ever, virtual reality programming will be at the Loft Film Fest. It’s a specialty screening of the half-hour experimental documentary Traveling While Black. This is an Emmy-nominated film that “immerses the viewer in the long history of restriction of movement for black Americans.” The experience takes viewers through the Deep South during the Jim Crow era, seeing segregated restaurants and buses.

“It’s an amazing piece about history and race,” Yanc said. In fitting with the style, the VR film will be screened on a vintage bus in the Loft’s parking lot. With this format, 10 to 12 people can view the movie at once.

“VR is really becoming a big thing in international festivals, so we wanted to try that out,” Yanc said. “We might be doing more virtual reality next year at the theatre, but we wanted to see how this worked. And I think it will draw a different audience. Maybe not just festival-goers… In general we try to target a lot of different groups that extend beyond who our regular Loft membership is.”

During the weeklong festival, the Loft Cinema often sees upwards of 10,000 visitors. The Loft staff hopes to exceed that number this year, due to the wide variety of films and events happening at the festival.

“I’m really proud of the lineup we have this year. I think it’s really diverse and interesting and provocative, and hits a lot of different subjects and people. We have a good mix of big films and small films,” Yanc said. “I think it’s going to be a great film fest to have for our tenth anniversary. It really speaks to us trying to access the entire community through the programming. And I think doing things like adding the VR this year to point toward the future of what film festivals will be, is kind of exciting. We’re trying to keep evolving as a fest, but also keeping the core.”