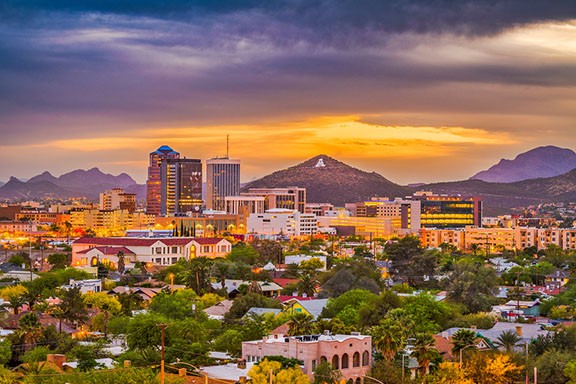 Coming between presidential elections and midterms, city elections can sometimes be sleepy affairs. But this year, voters have  a big question ahead of them: Should we declare Tucson a sanctuary city? Prop. 205 would limit the ability of police to cooperate with federal officials, as well as limiting the circumstances under which they inquire about people's citizenship status.

We invited the Tucson Families Free & Together campaign director Zaira Emiliana Livier to argue in favor of the prop and Tucson City Councilman Steve Kozachik to argue against it. I'm sure there's much more to come regarding this particular community debate before all the votes are counted.

Elsewhere in the paper this week: Web editor Jamie Verwys looks into last week's alleged hate-crime assault at the University of Arizona; contributor Melissa Mauzy tells you what you need to know about the big changes to Tucson's recycling collection; columnist Tom Danehy has concluded he needs to lose some weight (again); arts contributor Margaret Regan climbs into the ring to review Arizona Theatre Company's play about a troubled boxer; associate editor Jeff Gardner spins a web with neo-blues band Daddy Long Legs; movie critic Bob Grimm can't get over J-Lo's ass in Hustlers; Chow writer Mark Whittaker treats us to a review of the sweet goods available from Mad Batter Bakery and there's plenty more to guide you to the many diversions our fair town has to offer.