63 Up. The Loft Cinema is screening the possible final installment in a groundbreaking documentary series more than 50 years in the making. Directed by Michael Apted, the "Up" series follows the lives of 14 British children from various socio-economic backgrounds as they become adults. 63 Up is the ninth film in the series, with a new installation revisiting the subjects every seven years. The film titles correspond to the participants' ages (21 Up released in 1977, 28 Up released in 1984, 35 Up released in 1991, etc.). This latest installation examines the participants, first filmed in 1964, now preparing for retirement (at least those who are still alive are). Screenings begin at 7 p.m. Friday, Jan. 10. 3233 E. Speedway Blvd.

James and The Giant Peach (Free Screening). This film might just be responsible for more '90s kids' fascination with surrealism than any other. Part stop-motion, part fairy tale, all unnerving, this 1996 film will be screened as part of the The Loft Cinema's Loft Jr. series. It should also be noted, this was directed by the same guy who directed The Nightmare Before Christmas and Coraline (and it's not Tim Burton!). Henry Selick brought a world of talking spiders, centipedes and glowworms to children's delirious dreams worldwide. This screening also includes pre-show activities hosted by Mildred & Dildred Toy Store. Activities begin at 9:15 a.m., film starts at 10 a.m. Saturday, Jan. 11. 3233 E. Speedway Blvd. Free.

Across The Waters. It is 1943 in Copenhagen, and a jazz musician realizes he must save his family from encroaching Nazis by fleeing on small fishing boats. But this involves putting their lives in the hands of strangers who may or may not have the best intentions. This 2016 Danish drama is based on real escapes to Sweden during WWII. This screening is part of the Tucson International Jewish Film Festival. 7:30 to 9:30 p.m. Monday, Jan. 13. At the Tucson JCC, 3800 E. River Road. $10.

Fiddler: Miracle of Miracles. This new documentary examines the origin and impact of one of the largest Broadway musicals of all time: Fiddler on The Roof. Not only was it a major piece of 20th century Jewish art, it also weighed tradition against gender roles, sexuality and the evolution of religion. This documentary also includes archival footage of various productions of the play from the last 50 years. This screening is part of the Tucson International Jewish Film Festival. 5 to 7 p.m. Tuesday, Jan. 14. 3800 E. River Road. $10.

Vivre Sa Vie (Free Screening). Celebrating the life of the late singer/actress Anna Karina, The Loft Cinema is screening this French experimental drama directed by Jean Luc-Godard. This character study, starring Karina, follows a young Parisian who aspires to be an actress but instead ends up a prostitute in a surreal spiral of dances and daydreams. Before the screening, enjoy a collection of Anna Karina music videos. Also, check out last week's Weekly for an article on the life of Anna Karina. Screening in French with English subtitles. 7:30 p.m. Wednesday, Jan. 15. 3233 E. Speedway. Free admission, suggested donation of $5. 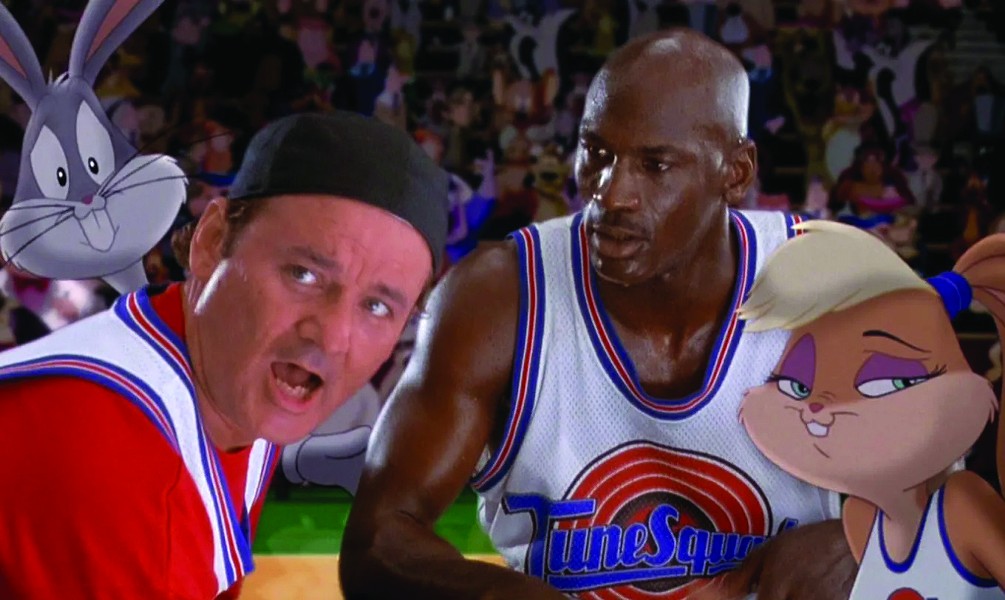 Space Jam. Featuring Michael Jordan, Bill Murray, the cast of Looney Tunes, a reference to Pulp Fiction and “I Believe I Can Fly” by R. Kelly, Space Jam works as a kind of time capsule for ’90s entertainment. Sure, it’s cheesy and wacky, but did you know the director, Joe Pytka, has several permanent works in New York’s Museum of Modern Art? As part of their Tuesday Night Classics series, Harkins Theatres is screening Space Jam, to get you ready for its sequel, slated for release summer 2021. 7 p.m. Tuesday, Jan. 14. 5455 S. Calle Santa Cruz & 5755 W. Arizona Pavilions Drive. $5.