Tucson Film & Music Festival. All this weekend, The Screening Room is home to the 15th annual celebration of all things Tucson: past, present and future. This year, there are multiple documentaries focusing on bands, including Mystify, an intimate portrait of INXS lead singer Michael Hutchence; Boom, a film about The Sonics, regarded as "one of rock 'n'roll's wildest and most influential bands;" and Strange Negotiations, about musician David Bazan as a "sort of reluctant prophet to Americans reeling from their country’s own crisis of faith highlighted during the 2016 presidential election." Friday, Oct. 4 to Sunday, Oct. 6. 127 E. Congress St.

The Terminator. Arguably the most '80s film of all time, what more is there to say about The Terminator? Arnold Schwarzenegger stars as a robotic killing machine in this James Cameron epic that ranges from sci-fi to action to psychological drama to straight-up horror. While it might not hold up as well as its sequel (sorry, Judgment Day is better) it's an absolute classic, and no one can deny that. Remember how OJ Simpson was originally supposed to star as the killing machine? The Fox Theatre invites you to the "tech-noir" spectacular. 7:30 to 10:30 p.m. Friday, Oct. 4. 17 W. Congress St. $5-$7.

Selena. Before the current age of constant music biopics, watching a film about a real-life musician going from nobody to star was almost a rare thing. This Golden Globe-nominated 1997 film stars Jennifer Lopez as Selena Quintanilla, rising the ranks from Texas girl to Tejano sensation to Astrodome-performing superstar before she was murdered by the president of her fan club at the age of 23. This breakout role from Lopez also helped solidify Selena as a music icon for audiences worldwide. Part of Hotel McCoy's "movie under the stars" poolside screenings. 8 to 10 p.m. Friday, Oct. 4. 720 West Silverlake Road. Free.

Sinatra in Palm Springs. Part of Tucson Modernism Week, The Loft Cinema is screening this documentary that examines Frank Sinatra's deep and lasting attachment to Palm Springs and the Coachella Valley. This features "swinging and entertaining" clips from his movie and television appearances as well as interviews with friends and colleagues. Presented by the Tucson Historic Preservation Foundation. Noon to 1:45 p.m. Saturday, Oct. 5. 3233 E. Speedway Blvd. $10. 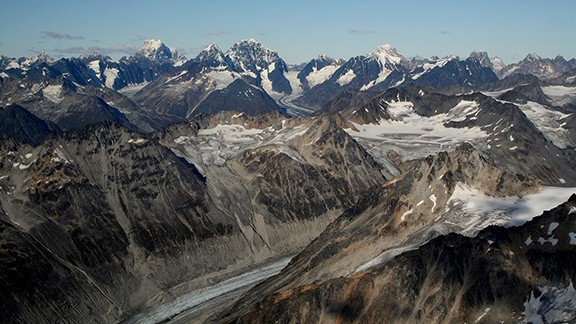 Mountainfilm. This festival of films and people celebrating the "indomitable spirit" that motivates individuals to create a better world is on tour in Tucson! Held every Memorial Day weekend since 1979 in Telluride, Colorado, Mountainfilm tells stories of environmental, social and political justice. This is a rental of The Loft Cinema, presented by Sven E. Silberschlag and the SAS Wealth Management Group. 6:30 to 9:30 p.m. Tuesday, Oct. 8. 3233 E. Speedway Blvd. $15.

Mister America. Starring Tim Heidecker of Tim & Eric fame, this is a special one-night-only screening of a new surreal comedy of the Adult Swim fashion. Suffice to say, Heidecker is a comedian truly doing his own thing: this film is the follow-up to a five-hour fake court trial described as "the slow-cooked pulled pork of comedy." After the trial about selling faulty e-cigarettes at a music festival, Heidecker seeks revenge by running an absurd campaign to unseat the San Bernardino District Attorney. Featuring exclusive bonus content that can only be seen in theaters. 7:30 to 9:30 p.m. Wednesday, Oct. 9. 3233 E. Speedway Blvd. $10. ■