A Long Road to Freedom. Celebrating 50 years, the LGBT magazine The Advocate made a documentary highlighting major moments for gay rights over the past half-century. The Screening Room is hosting this film, which includes interviews with Cleve Jones, Caitlyn Jenner, Gloria Allred and more. Starting with the Black Cat Riots, the film covers the late '60s, the AIDS crisis, and marriage equality into the present day. 7:30 to 9:30 p.m. Friday, May 31. 127 E. Congress St.

Doggie Shorts Encore Event. Back by popular demand, the Loft Cinema is screening their collection of 10-second to 10-minute short films and videos from across the globe, all featuring dogs. These are selections of the best shorts from The Bow Wow Film Festival, plus some bonus films from the internet. Proceeds benefit Handi-Dogs, Inc., a local nonprofit dedicated to helping older adults and people with disabilities gain independence via service dogs. 2 to 4 p.m. Saturday, June 1. 3233 E. Speedway Blvd. $20-$25.

Police Story Double Feature. Although he's been alive and well for decades, the real life-threatening stunts Jackie Chan pulled off for the Police Story films are so wild you'll worry for his life as you watch. Seriously, the man slides down a pole, breaking through several panes of glass and sparking electric wires. And that's just one scene. The Loft Cinema is showing two whole movies of Chan's madness for the price of one! Noon on Sunday, June 2. 3233 E. Speedway Blvd. $13.

Elements of Film. Throughout June, the Tucson Jewish Community Center is hosting Jerry Gill of Duke University to explore the elements of filmmaking. The classes will follow the outline of Lee Bobker's book Elements of Film: Story, Image, Sound, Editing and Acting. The weekly classes include film discussions and watching movies. 1 to 3 p.m. Monday, June 3, 10, 17 and 24. 3800 E. River Road. Member Price: $50, Regular Price: $75. 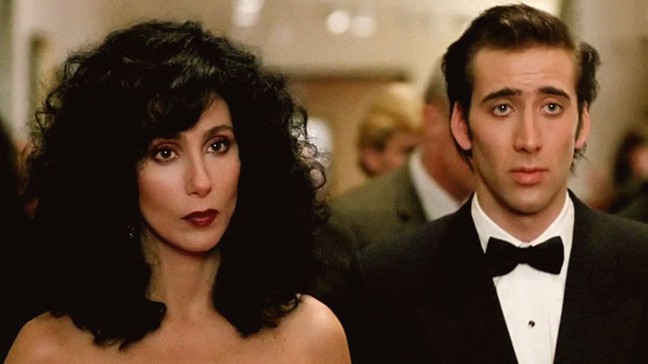 Moonstruck. Part of their series on the films of Cher, The Loft Cinema is screening this multiple Oscar-winning tale of classic marriage drama. Plus, there's Nicholas Cage! Before the movie, there will be a rockin' sing-along with Cher music videos. 7:30 to 9:30 p.m. Thursday, June 6. 3233 E. Speedway Blvd. Regular admission prices.