Willow. So how, exactly, did Hollywood release a fantasy movie where a bunch of people with actual medical dwarfism played magical dwarves? Well, it was the '80s, for one. And the film's producer/writer George Lucas had recently finished the ewok-filled Return of the Jedi, so he had more money imaginable to throw at literally whatever he wanted, even if it turned out to be one of the most ridiculous sword-and-sorcery-and-slapstick-early-computer-graphics-mishmash ever set to film. It turned out to be a pretty fun film, too. Casa Video invites you in on the wonder. 7 to 9 p.m. Friday, March 8. 2905 E. Speedway Blvd.

Shared Territory. This latest documentary series by Mixed Media Machine aims at connecting "people and their lands through shared understanding and exploration." The screening highlights Iceland, and a pre-Medieval Trans-Icelandic route. Hosted by Trans Cycles, this also helps raise funds for World Bicycle Relief and Iceland Search and Rescue. While you might not be able to bicycle through Iceland right now, you can live vicariously through those who do. 7 to 9 p.m. Saturday, March 9. At the MSA Annex. $10. 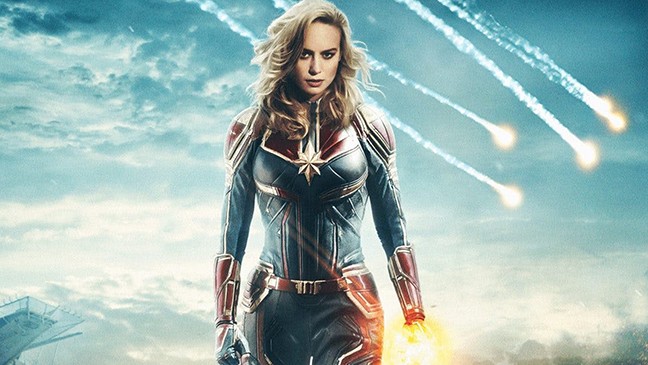 Captain Marvel. Here's your opportunity to be a hero as well! The Tucson Atheist Community Outreach Team is hosting an event at Roadhouse Cinemas with proceeds benefiting Emerge Center Against Domestic Abuse. The TACO team invites you to "see a fun movie with a bunch of heathens and help be a hero to those who need it most." 1:30 to 6 p.m. Saturday, March 9. 4811 East Grant Road. $25.

Lunafest 2019. Just what the heck is Lunafest? It's a combination of films, feminism and fun, of course. This nationally touring film festival features award-winning short films by, for, and about women. Whether they're live action, animation or documentary, they'll all cover topics relating to women. A full 100 percent of the event proceeds benefit Women's Studies Advocacy Council and Chicken & Egg Pictures. 7 to 9:30 p.m. Tuesday, March 12. At the Loft Cinema. 3233 E. Speedway Blvd. $15.

Armchair Adventures. So you're thinking about travelling to the Nubian Desert, but just aren't quite convinced yet. Well, head over to Murphy-Wilmot Library's latest addition of their "Armchair Adventures" series, where world travelers share slides, videos, and stories of their adventures. Presenter Pat Dwyer will be discussing trips to the Nubian Desert of Sudan. 2 to 3 p.m. Tuesday, March 12. 530 N. Wilmot Road.

Morocco. As 1930 rolled around, and Hollywood embraced the advent of sound, they took every chance they had at heightening drama. Director Josef von Sternberg's romantic melodrama was certainly no exception. Morocco follows the career of a cabaret singer fleeing her former life, and performing in North Africa. While entertaining, she meets a strapping young legionnaire. Is romance soon to ensue? Of course it is. You knew that. 7:30 to 9:15 p.m. Thursday, March 14. 3233 E. Speedway Blvd. Regular admission prices.