Let My People Go: South Dakotans Stop Predatory Lending. In South Dakota, predatory lending interest rates once reached a staggering 574 percent, but after passing Initiated Measure 21, rates capped at 36 percent. This half-hour documentary released by the Center for Responsible Lending depicts how the people of South Dakota fought to cap these interest rates against predatory payday loans. This rental of The Loft Cinema, presented by The Center for Economic Integrity, is free admission. 4:30 p.m. Sunday, Jan. 6. 3233 East Speedway Boulevard. Free. 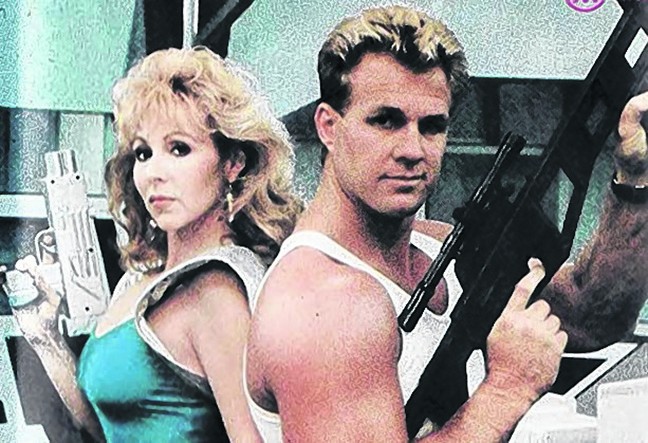 Space Mutiny. For their recurring Mondo Mondays series, The Loft Cinema is showing a sci-fi flick as inspired and unique as its name suggests. Directed by the choreographer for the Star Wars Holiday Special, this B-movie is a cheesy mish-mash of lasers, spaceships, nonsensical dialogue, baffling plot choices and everything else you could hope for. 8 p.m. Monday, Jan. 7. 3233 East Speedway Boulevard. $4.

Reel Tucson. If you're in the mood for some locally sourced, homemade movies, check out this latest episode of Strada's Reel Tucson at The Screening Room. The evening is only $5, and if you're brave enough, it's free to submit your own film. The hosts refer to this as an "open mic night" for filmmakers. Social hour begins at 6:30, screenings start at 7:30 p.m. Thursday, Jan. 10. 127 E. Congress St. $5.

The Matrix. Harkins Theatres is screening the quintessential action film of the early internet age. It was a time when movie studios were experimenting with computers, with cyber realities, with virtual objects, with whether or not Keanu Reeves can act. In a world with giant robots and people moving as fast as bullets, perhaps the thing The Matrix got most incorrect is that people would still use payphones in the future. 7 p.m. Tuesday, Jan. 8. 5455 S. Calle Santa Cruz.