Agave: Spirit of a Nation. Few plants so dominate the cuisine and aesthetic of a culture as the agave in Mexico. This free outdoor screening at the Tucson Scottish Rite examines the crucial role agave plays in mezcal, tequila and beyond. Some want to drink the plant, some want to make art from it, and some want to protect it. Get the inside story of this pervasive plant. Bella's Gelato food truck will be on-site. Part of the Tenwest Festival. 8:30 to 10:30 p.m. Friday, Oct. 12. 160 S. Scott Ave. Free. Bring a chair.

Science Fair Documentary. Every year, over 1,700 students from dozens of countries compete in the International Science and Engineering Fair, a showcase of the world's top young scientific minds. Only one can be named "Best in Fair." Hosted by Film Fest Tucson, this is a free outdoor screening of this new documentary. 6:30 to 8:30 p.m. Friday, Oct. 12. 160 S. Scott Ave. Free.

The Stand. Continuing their "Saturdays w/ Stephen" series, Casa Video is screening the first two episodes of The Stand TV series. What do you get when you combine dark versus light, the plague, post-apocalyptic themes and many MANY other things? One of King's most beloved stories! (Episodes 3 and 4 screen on the Oct. 20.) 7 to 10 p.m. Saturday, Oct. 13. 2905 E. Speedway Blvd. 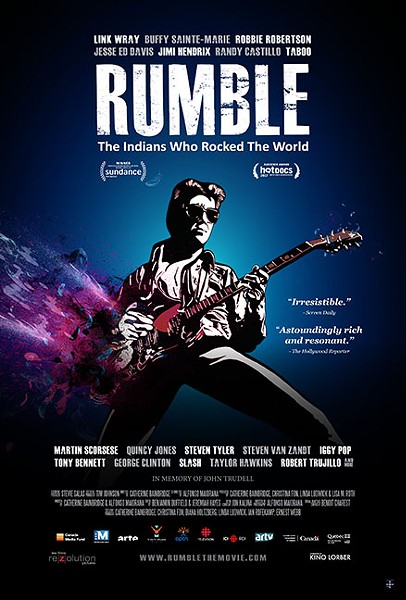 Rumble: The Indians Who Rocked The World. Part of Tucson Meet Yourself, this free screening will be held outdoors at the Jacome Plaza in front of the Joel D. Valdez Main Library. This documentary examines the untold (until now) story of the indigenous American influence on classic rock acts. 7 to 9 p.m. Saturday, Oct. 13. 101 N. Stone Ave. Free.

Beauty and the Beast (1946). In celebration of "International European Art Cinema Day," The Loft Cinema is screening Jean Cocteau's mysterious and lavish black-and-white fairy tale. Through use of poetic cinematography and astonishing special effects, Cocteau hoped to achieve what he called a "realism of the unreal," in this retelling of a beloved tale. 2 to 3:45 p.m. Sunday, Oct. 14. 3233 E. Speedway Blvd. $8. 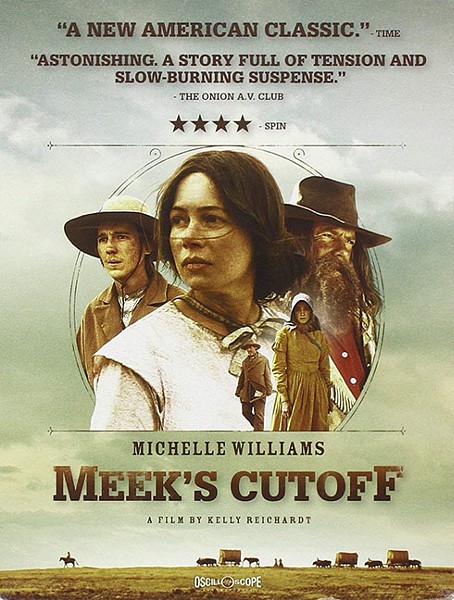 Meek's Cutoff. Continuing their new series featuring independent female directors, the Center for Creative Photography and Hanson Film Institute are screening 2011's Meek's Cutoff, directed by Kelly Reichardt. This adventure/survival story is set in 1845, during the Oregon Trail, where a wagon team seeks to cross over the Cascade Mountains and the mysterious lands beyond. 6 to 8 p.m. Wednesday, Oct. 17. 1030 N. Olive Road. Free.