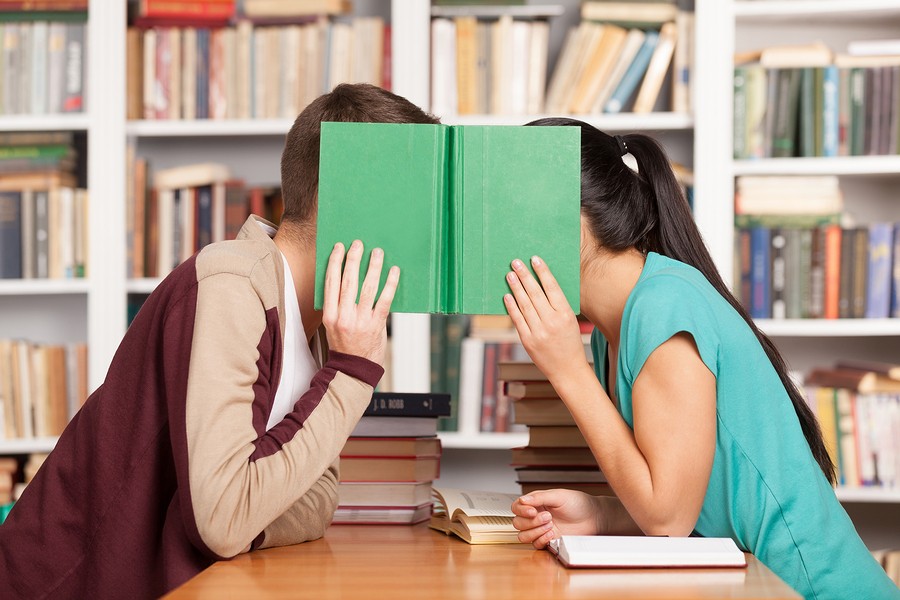 Two people were caught in the middle of a blow job late one night in the University of Arizona's Main Library, according to a UA Police Department report.

At almost 2 a.m. a UA officer was called to the library, 1510 E. University Blvd., regarding a "public sexual indecency" report from an employee who'd just seen something she wished she hadn't. Conducting a routine room-to-room security check, through the doorway of a third-floor study room she saw a man facing a woman in a chair with his hands on her head, which was near his "pelvic area ... repeating a back and forth motion, in and out."

"I did not see his penis," said the librarian. ("Just like I didn't see the last guy's penis," she added, referencing a similar incident she'd reported just a month before.)

The witness said "she did not stop and watch the interaction" but had made eye contact with the male before managing to escape and "go sit down away from the door" to recover (perhaps largely from that eye contact).

Knowing they'd been spotted, she said, the couple immediately stopped their activity, gathered their bags and left the study room together in a light mood, with the female "laughing and giggling," then willingly following the librarian when she said she'd seen their "criminal behavior" and they must come meet law enforcement.

Upon questioning by the reporting officer, the female—a UA student—said she and the male subject, her boyfriend (not a student), had just been taking "a study break" and happened to be leaving the room anyway to get food when the librarian unexpectedly stopped them in the hallway and said the cops were coming. She said the librarian must've "misinterpreted how she had her knees on a chair"—actually kneeling backward on a chair to show the cop how she'd been positioned—and that her boyfriend had simply been "rubbing her back," not receiving oral sex.

The male likewise denied engaging in oral sex and said "he did not know why (the reportee) would think they were." His story mostly matched the female's—that he'd been giving her a massage—although he said the confrontation with the librarian had happened then he'd been on his way to the men's restroom, whereas the female had said they'd been leaving together to get food.

The report's descriptions of what each person said about the positions of their bodies was complex and in some cases unclear, but the male subject did state his girlfriend's back had been facing him, while the librarian had been positive the woman had been sitting in the chair (not kneeling) and most definitely "facing the male's pelvic area."

The reporting officer transferred the case to a detective, requesting it be forwarded to the UAPD's Special Investigations Unit "for further review and follow-up to determine appropriate charges."