Now Hear This: Rock, Jazz, Hip Hop and more are coming your way

No matter your taste in music, there's a show for you this summer. And better yet, it might just be free.

From rock 'n' roll to country to jazz and classical, Marana, Oro Valley and Tucson are hosting a wide series of community concerts this summer. Many of these shows are outside in the evenings when the weather is a bit cooler, but if you want to stay inside, the Gaslight Music Hall is always showing something rowdy and fun. While there is plenty of original music being performed, quite a few community concerts include musical tributes as well. Get out there and get dancing:

'90s House Party. Casino del Sol is bringing it way back! All the way back to the distant time known as the 1990s, featuring some of the biggest stars of that far-off decade: Vanilla Ice, Rob Base, Tone Loc and Coolio are going to rock the house! Play your Game Boy, spike your hair and get some ridiculously giant jean shorts for this concert. 8 p.m. Saturday, May 25. AVA Amphitheater. $25-$75. 5655 W. Valencia Road.

Alejandro Escovedo at 191 Toole. This borderlands guitar slinger has been combining punk, country, rock and Latin music since the '70s. Alejandro Escovedo was named Austin's Musician of the Year for his debut album, and hasn't looked back since. Always on a new trail in his search for "the heart of rock and roll," Escovedo will be strolling through Tucson this summer. 8 p.m. Sunday, June 9. $22-$25. 191 Toole Ave.

Chromeo at Rialto Theatre. The term "electrofunk" is interesting, because even if you've never seen it, you understand what it means. Such is the case with Chromeo's music: alien yet familiar, strange yet engaging. This Canadian power duo is sure to bring the tunes, as well as the party. 8 p.m. Wednesday, June 19. 318 E. Congress Street. $28-$150.

Bob Log III at 191 Toole. How would one even describe Bob Log III to the uninitiated? This Tucson rocker is as much performance as artist, combining blues, rock and a healthy amount of humor. His live shows, equipped with jumpsuits, helmets, alcohol and stunts, simply must be experienced. 8 p.m. Thursday, June 20. 191 Toole Ave. $12-$15. 21+

Tribute Shows throughout the Summer. While the chance to see certain legendary musicians has unfortunately passed, tribute shows are, quite literally, the next best thing. And there are many great tribute concerts happening all over Tucson throughout the summer. If you want hard rock, check out Zoso–The Ultimate Led Zeppelin Experience at the Rialto Theatre (June 22). If you're looking for that funky Minnesota sound, Purple Reign: The Prince Tribute Show at Casino del Sol has you covered (July 4). And for a recreation of the band, down to the individual performer roles, check out the Fleetwood Mac tribute band Rumors at the Rialto Theatre (July 10).

America at Desert Diamond Casino. With multiple chart-topping hits to their repertoire, America is about as classic as classic rock gets, yet they also leave room for subtlety, melody and folk instrumentals in their music. Catch these legends, who've been rocking for over half a century, at Desert Diamond Casino. 8 p.m. Friday, June 28. $30-$50. 1100 W. Pima Mine Road. 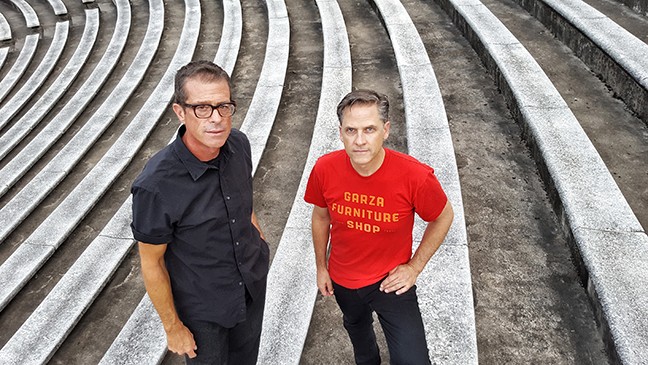 Calexico and Iron & Wine. This artistic friendship stretches back more than a decade, when the two folk rock acts first collaborated in 2005. Now, local borderlands genre-blenders Calexico and nationally acclaimed songwriter Iron & Wine are releasing a new album together and meeting up at the Rialto Theatre. 8 p.m. Saturday, Aug. 17. $39-$56. 318 E. Congress Street.

Chris Isaak at the Fox Theatre. A Grammy-nominated recording artist, songwriter and actor for more than three decades, Chris Isaak sure is good at balancing roles and music styles. Catch his wicked games live and onstage at The Fox Theatre this summer! 7 p.m., Sunday, August 25. $39-$95. 17 West Congress Street.

HoCo Fest. Every year, downtown Tucson gets its own music festival, thanks to Hotel Congress. HoCo Fest gathers interesting and alternative musicians from Arizona and across the nation! This year, we get to see Bill Callahan, Ryley Walker, Phoenix Afrobeat Orchestra, Gatecreeper and more converge on multiple locations downtown. If you think Tucson gets quiet during the summer, you don't know HoCo. Thursday, August 29 to Sunday, September 1.  $45-$65. For more information, visit hocofest.com.

Free Music In Marana: The Drift. For those of you who are fans of classic rock, who better to perform it than those who were there? The Drift is a local band made up of guys who have been rocking out since the early '80s. Raised on a diet of bands like Foreigner, Boston and Journey, these guys will take you back to the golden age of guitar ballads. 7 to 8:30 p.m. Saturday, June 1. Crossroads at Silverbell Park. Free. 7548 N. Silverbell Road.

Golden Oldies, a Rock & Roll Revue. The Gaslight Music Hall is throwing it back every Thursday throughout the summer! This series gives you the chance to relive the '50s, '60s and '70s through music performed by local stars alongside the Gaslight Music Hall show band. Whether it's rock and roll, psychedelia or pop, this high-energy show is expected to pack the house. 6 p.m. Thursdays through August 1. 13005 N. Oracle Road. $23.95, with discounts available for children, students, seniors, and members of the military.

Free Music In Marana: Gray2Red. Comprised of "seasoned" rockers who have been playing in bands since the '60s, Gray2Red are both energetic in their passion and refined from their experience. These crowd-pleasers have literally decades of music experience between them. 7 to 8:30 p.m. Saturday, Aug. 3. Crossroads at Silverbell Park. 7548 N. Silverbell Road. Free.

Music Under the Stars. Throughout June, the Tucson Pops Orchestra will be performing a series of free concerts at Reid Park. Each week will feature a very different music style, including: guitarist Ryan Chen with guest conductor Jonathan Merrill (June 2), Mariachi Aztlan de Pueblo High School (June 9), and the 1812 Overture (June 16). 7 p.m. at the Reid Park Bandshell. Free. 900 S. Randolph Way. Bring a chair or blanket for sitting.

Free Music In Marana: Kevin Sterner and Strait Country. This tribute to the music of George Strait features music from every era of his career. It takes dedication to properly recreate the sound and feel of "The King of Country Music," but Kevin Sterner and Strait Country meticulously recreate his sound and presence, even down to the exact music arrangements on his albums. 7 to 8:30 p.m. Saturday, Sept. 7. Crossroads at Silverbell Park. Free. 7548 N. Silverbell Road.

Summer Concerts at The Gaslight Music Hall. All throughout this summer, The Gaslight Music Hall is hosting a series of tribute concerts to some of the biggest names in rock and pop. These include tribute shows featuring the music of Merle Haggard (May 25), Paul McCartney (May 26), The Mamas & Papas (June 1), the songs of Hollywood and Broadway (June 9), songs of the '60s (June 15) and more. 13005 N. Oracle Road.