Aaron Defeo crafts the best casino cocktails this side of Vegas

Walking past what seems like hundreds and hundreds of lit up electronic slot machines at Casino del Sol, it feels like even gambling doesn't carry the same elegance it used to. There's dinging and swirling and a forest of noise, but suddenly you're at Aaron Defeo's bar outside of PY Steakhouse and things settle down and vice regains some of its former class and luster. The bar's upscale digs house folks looking for the classics, puffing on cigarettes inside—a luxury afforded in a dwindling few bars in the United States at this point.

There's a staggering whiskey selection—with about 200 bottles, according to Defeo's estimates—that includes limited or one-time release distillates that would make any whiskey lover giddy. Best of all, almost all of the whiskey, including some that price up to $100 or more per shot, are half off during happy hour (Tuesday through Friday from 4 until 6 p.m.). The bar also has two pages of whiskey flight options that will help enthusiasts explore the differences between highland and lowland Scotch, French whiskey, Japanese whisky and more.

Defeo, or Doc as many call him though the nickname itself has as many stories as he has bottles of Islay Scotch, also has a list of 13 new summer cocktails invented by both him and his right hand man, Eric Harding.

"Doc, why isn't your name by the cocktails you've made on the list?" I ask, noticing Harding's name next to the handful he created.

His answer is somewhere between modest and endearing—he doesn't do it for the recognition, but he did want Harding to get due credit for his contributions. Still, while not seeking credit, Defeo is known, especially in Arizona, as one of the shepherd's of the state's cocktail scene. With cocktails so good that they compete on a national level, Defeo might be tucked away at the Casino del Sol, but that doesn't mean his program should be overlooked, rather let it be a destination.

If you ask bartenders in town, it seems Tucson's cocktail movement originated from two people primarily: Defeo and Agustin Kitchen's Ciaran Wiese, with both mentoring many of the town's top talent. Defeo readily gives credit to Wiese for bringing an "east coast mentality" to the scene with his work at Scott & Co. after returning to Tucson from a stint of New York bartending. However, Defeo's pedigree stays in Tucson.

Defeo started managing, what he describes as, "college bars." Once he began working at Hotel Congress in 2007, he says things began to really change for him. The use of fresh ingredients and focusing on making things correctly lit that initial fire. He says back then the hotel was one of the very few places you could get something as commonplace now as a mojito made properly. Encouragement from James Beard Award winning radio personality Jennifer English, as well as big name bartenders like Dale Degroff and Tony Abou-Ganim, nurtured his creative fires and a few big wins in cocktail competitions put Defeo on the map.

Now at the casino, Defeo puts years of drink making to work at seven bars in the casino with over a dozen cocktails that showcase more refreshing, drinkable options for the pool crowd, sweet and citrusy shaken drinks and barrel aged and stirred drinks for the more intense imbiber. Of the latter, the Edward Amarohands is an impressive use of just three ingredients: George Dickle barrel select, Amaro Meletti and Cardamaro (which, unlike you might assume from its name, is not a cardamom amaro). Through those three ingredients and a little aging time, Defeo manages to get a lot of depth from one drink.

"I used to have about six different barrel aged cocktails. I've dialed that back a lot just because it got a little boring, but I do like putting ingredients in a bottle and letting them do their thing," he says. "I think everything gets more interesting the longer it sits together."

Other standouts include the Island Envy, which tastes a bit like a grown up daiquiri that utilizes velvet falernum as the main sweetener and Chartreuse for an herbal kick, and the Tyson Buhler's Day Off. Named after a former Arizona drink maker turned Diageo World Class winning bartender, the drink pays homage to one of Defeo's friends through the use of mezcal, Cynar and blueberry. The addition of beet adds a smart extra layer of earthiness that complements the mezcal, which in turn is enhanced olfactorily by a rosemary garnish. 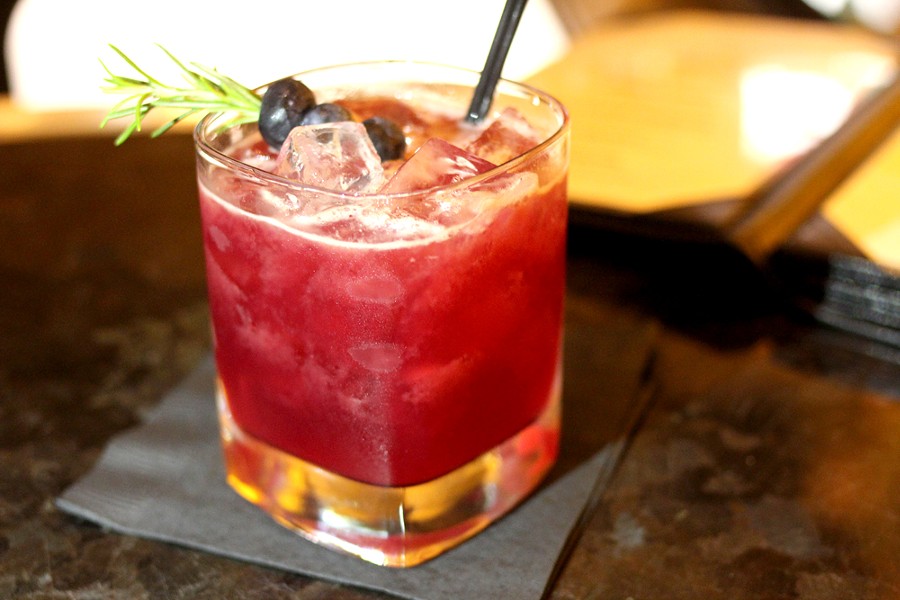 One of Harding's best showings on the menu, the Summer Donna, got him a coveted spot competing in this year's Bombay Sapphire Most Imaginative Bartender gin cocktail competition. Like Defeo before him, Harding will head to Las Vegas to compete regionally and then, hopefully, nationally, representing Tucson's cocktail scene. The drink itself augments the botanicals in Bombay Sapphire with honeydew melon, Serrano and a fragrant cucumber foam.

Since Casino del Sol attracts many different kinds of drinkers, Defeo and Harding focus on making drinks that aren't too intimidating, but also might show guests something new. At $10 per, the drinks are also some of the most reasonably priced craft cocktails in town.

However, mixing tasty, affordable cocktails that range from accessible to complex is just one part of what Defeo does for the scene in town. As the head of the Tucson chapter of the United States Bartending Guild, Defeo helps plan competitions, educational events and other outings that help bartenders improve but also form a tighter knit community in what can be an aggressive industry.

Like his cocktail menu, Defeo isn't trying to seek credit for his work, but build up the others around him in a way that makes the Tucson bar community stronger as a whole.