The Paladins. Dear God, after 38 years and 12 albums, they're still kickin' up the devil's din with the same sort of sweaty, fresh-from-prison verve as ever. (Well, maybe they never did actual prison time but it sure sounds like they did, like how a proper rock 'n' roll and 'billy band should.) Those years have seen several band members come and go, and a bust-up or two, sure, but the core trio is intact, complete with band leader and six-string saint Dave Gonzalez (one of Guitar Magazine's "Unsung Guitar Heroes of All time," natch) and co-founding bassist Thomas Yearsley. Those mad, distorted seventh and ninth chords are intact too, and the tortured country and soul croons, the thumping hillybilly jack, and all those singsong choruses that made everyone from The Stray Cats to the Fabulous Thunderbirds green with envy. With The Blues Guitar Rumble (with Arizona Blues Hall of Famers) at the mighty and historic El Casino Ballroom 437 E. 26th St. Friday, Dec. 7. azblues.org. All ages. —B.S. Eliot

Dirt Monkey, aka Patrick Megeath, has made a career of merging trippy, crisp Intelligent Dance Music (IDM) with wonky, high-energy dubstep. The result is an infectious groove that is satisfying for mind and body, while anticipating those heavy beats to drop. Hailing from Boulder, Dirt Monkey paid dues in the Colorado scene, co-founding Kairos Audio with EDM legend Jantsen and playing a five-year residency at Denver's legendary Beta Nightclub. He's got a bent ear for remixes too, taking Rusko's "Woo Boast" to new levels on Subcarbon, endorsed by the legend himself. Dirt Monkey's music is cartoony fun, like being trapped in a video game designed by Atari programmers, but with modern day VR navigation. He's got a formidable handle on EDM, able to understand the joyful components of each ingredient and create a playful mix more than the sum of its parts. With Subdocta, Saturday, Dec. 8. Gentle Ben's, 865 E. University Blvd. 9 p.m. 18+. $10. wl.seetickets.us. —B.S. Eliot

Ramirez. What if gangsta rap turned Biblical? If every murder was a Slay, every horse White and every drive-by an epic showdown of good and evil? The answers await in Ramirez's imaginative and sardonic album, Judgement Day: Revelations. With Kendricks' ethereal production, archangels swirl around Ramirez's rhythm and flow, which recalls Bone Thugs. It's an aural comic book, an alternative reality reminiscent of the very best Bay Area concept albums (sorta like Deltron 30/30 or Doctor Octagon). Hard enough to be a true contender for best new gangsta emcee, Ramirez dishes artfully penned rages like "the devil's comin' end of the day" atop Kendrick's dark melodic nightmares, which stand up to any trap out there. Since they hail from the mighty S.F., they dare shoot the moon, creating a record that feels like an astute homage and send-up of both genres at once. This is Revelations, the Biblical chapter that adds up to nothing, but takes the listener down a thousand rabbit holes, each track a riddle. With Young Davon, Ray Colfaxx and RJ. Tuesday, Dec. 11. 191 Toole. Doors 7 p.m., show 8 p.m. $20. All ages. —B.S. Eliot 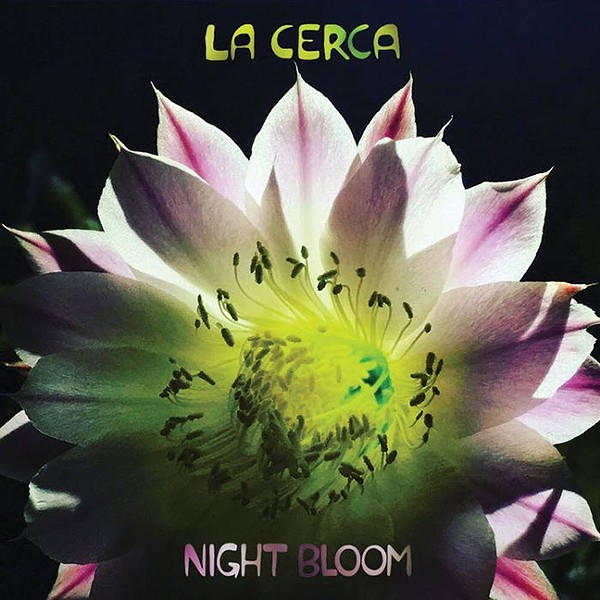 La Cerca merge disparate strands of symphonic, country and pop to create a winning din all their own. Yes, that sounds all made up in 2018, but it is true. In short, songwriter-guitarist Andrew Gardner and bandmate Bill Oberdick play layered, swirling guitars that slightly nod to My Bloody Valentine, beneath ever-hummable vocal melodies and smart words. Their new LP, Sunrise for Everyone, is a sort of southwestern Daydream Nation, part sweet noise, Street Hassle and inescapable songcraft. Gardner took three years to write and record these songs, which include no shortage of sunny blue-eyed soul worthy of Beach Boys' Wild Honey and '90s indie, and whatever aural dazzle the gents toss in. For instance, there's a sadness in the Tucson melancholy of "Arizon," and Gardner's vocals emphasize a kind of X-factor longing; that is, the listener can't pinpoint the central emotion, like a long sunset made all the richer by far-off pollution. Songs like "Car Crush Heart" feature a wild, free-jazz saxophone and "Sorry XO" offers mournful and sweet pedal steel. Deceptively simple tunes that manage to deepen and bloom, when no really listens hard anymore, which is too bad. Monday, Dec. 10, at Elliott's on Congress, 135 E. Congress. Doors at 9 p.m. Free. All ages. —B.S. Eliot