"Everything I do, I do it to get the best brisket possible," Justin Johns, a.k.a. Jay, says as he settles in for the night in front of his smoker. The sun is setting on his left and his food truck is parked to the right.

Johns starts each week on Wednesday around noon, buying what he needs for the next day's lunch service. By 2 p.m., he's trimming 10 to 15 pound slabs of brisket down to the optimum amount of fat (about a quarter-inch, he says), and by about 2:30, he's firing up his smoker.

That smoker is one that Johns designed himself with help from a welder friend, though he admits to having no prior industry experience in general.

"I'm an Internet kid," Johns says. "I read a lot and I look up YouTube videos."

At 3:30, Johns is seasoning his trimmed brisket. By 4 p.m., it's on the grill, which has heated to about 275 degrees. From there, it sits and smokes and Johns waits. At around 7 p.m., he adds seasoned pork butt to the grill for his pulled pork and will begin occasionally checking the brisket, making sure fat isn't pooling on the top, which would ruin the bark. Not unlike a tree, in the barbecue world, bark refers to the outer edge of a brisket. It's dark and smoky in flavor, and its presence typifies the Central Texas cooking style that Johns is after. He sprays the meat down when he checks it.

"I've always been obsessed with Texas barbecue," the Tucson native says. "I guess through my own exploration of barbecue—I think it's the best."

He can list off a handful of places he's visited on trips to Austin alone—La Barbecue, Brown's Bar-B-Que, Louie Mueller, Black's and, of course, he's waited four hours to get Aaron Franklin's buzzworthy brisket.

Although Johns was a film major at UA and most recently worked at a videographer at a Tucson church, he says he knew that, when he moved back home from L.A. a couple years ago, barbecue was his path. So he started studying and reading and watching YouTube videos. He'd practice on the members at the church he worked at.

About six months ago, Johns' smoker was ready and he began testing his skills for larger production. In January, he got his bright red Jay's Barbecue truck, and his current location—a lot off Stone Avenue—in February. Like La Barbecue, the truck parked in a regular location allows him to have a home base, while still being able to move around for catering events.

While the location was exactly what Johns was looking for due to its proximity to UA and downtown without the high rent in those areas, looking across Stone and down about a block, it's clear Johns' little barbecue truck has some big competition. He's the first to admit having the large and also fairly new BBQ restaurant Brother Johns as a neighbor might look a little funny, especially considering "Jay's" real name.

"At first I thought, 'Oh no, Brother Johns is right there,'" he says. "But you know what? They do a much different style than us."

As the sun goes down on Johns and his smoker, he sits alone in the lot most nights. He'll listen to podcasts or music, he'll read or go on Reddit, but he can't leave. Every half hour or so, he checks the meat, sometimes giving it another spray, and he checks his temperature, sometimes adding another log of pecan wood to the flame.

"I like the challenge of cooking with a wood-only fire. It feels honest," Johns says. "There's something special about the flavor you get when you use just wood."

John repeats the checking process, allowing the meat to do its thing in the smoker, but constantlypopping in to be sure it has the right conditions to do so—like a father and his napping newborn. He does this, taking only occasional naps, until 4 a.m.

"You can't just stick a meat thermometer in and tell if a brisket is done," he says. "You have to pick it up and feel it."

Then he wraps his brisket, usually in butcher paper, but sometimes in foil (the "Texas crutch," he says, and there's much debate on whether to use it in the BBQ world), and allows it to cook for about five more hours. The paper helps preserve the bark and stabilize the final hours of cooking, while foil generally steams the meat more, which can result in a more tender brisket, but can also ruin the bark. He's still working on which he'll ultimately use, but currently prefers to use the paper.

After the brisket is wrapped, Johns adds ribs to the smoker. Those final few hours before all of the meat is cooked might see a nap or two more, but there are customers to prep for and sides to make. Jay's Barbecue offers coleslaw, baked beans and potato salad, made in-house, as well as their homemade sauce—a lightly spicy, peppery and vinegary mix, served in a squirt bottle, to help cut through the fatty richness of the meat itself. Johns says he uses it on about every fifth bite.

After allowing the brisket to rest a couple hours, Johns is joined in the truck by his parents for lunch service, a "family bidness" he calls it, which runs from 11 a.m. until 4 p.m.—or until they sell out. Although Johns has increased the days they're open from one to three in the past couple weeks and also the amount he's smoking (about 70 pounds on Saturday and 25 pounds on Thursday and Friday), he estimates they continue to sell out still about half the time. Johns says, without fail, the brisket is the first item to sell out on the menu time and time again.

It seems almost every city nowadays has its hype barbecue joint, where folks will wait in big lines for a taste of slow-smoked, meaty goodness, and maybe Jay's will be Tucson's foray into that world.

"I would love to have lines. The goal is to make barbecue that's good enough to deserve that sort of line," Johns says. "But, then again, lines are kind of annoying. It's not something I would intentionally try to create."

After Johns and his folks close up on Thursday at 4 p.m., the cooking cycle starts again for him, which means for about three days he has to operate on almost no sleep. He plans to hire a pit apprentice sooner rather than later, but it'll have to be the right person—the kind of person who will baby a fire all night and wake up to check the brisket's bark. After all, Johns won't sell his brisket if it doesn't meet his standards, which is good for his customers because he's serving some of the most tender, flavorful (but not over-flavored) brisket in town. 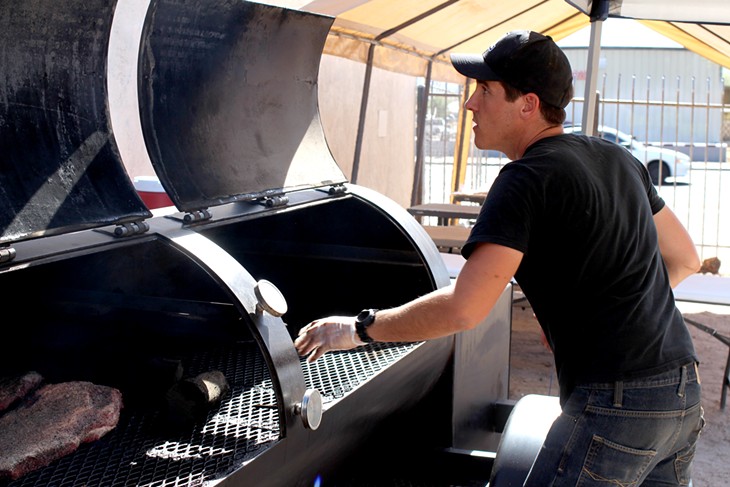 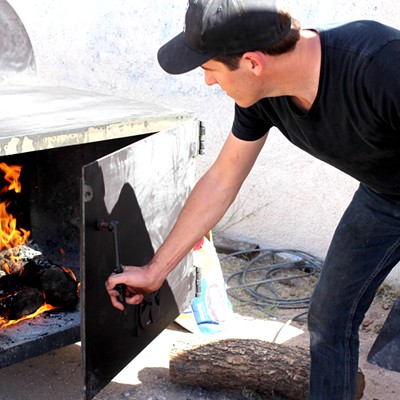 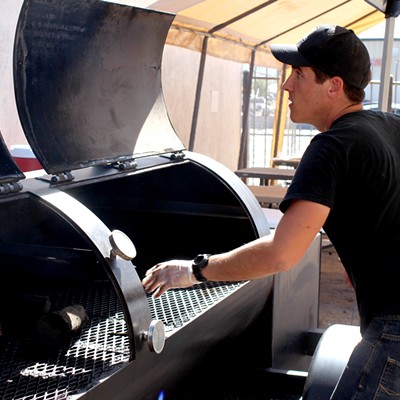