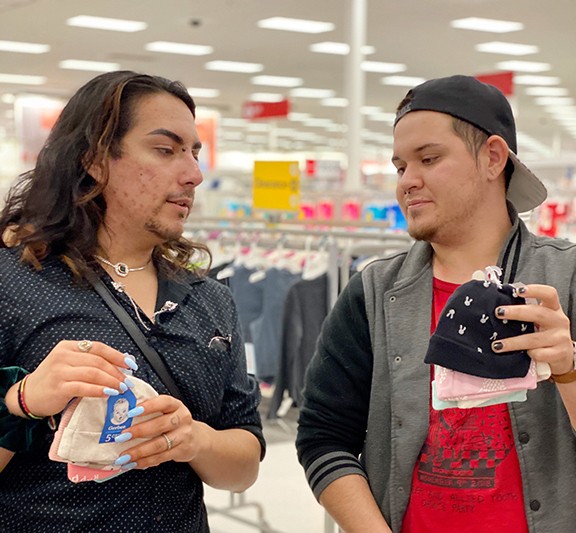 In today's world, you learn to expect the unexpected. And speaking of expecting, Tucson Salvage columnist Brian Smith brings us the story of Cain Pierce, a trans man who is pregnant with his first baby. The mom, of course, is a trans woman and former local drag queen. It's a complicated story, but as the wise man once said: Life finds a way.

Meanwhile, Tucson Jazz Fest wraps up this week. Columnist Tom Danehy tells you all about how much he loves legendary soul outfit Average White Band ahead of their performance at the Fox Theatre, while XOXO columnist Xavier Otero tells you where you can still catch the likes of the Afro-Cuban All Stars, Christian McBride and Mavis Staples this weekend. Oh, and the Tucson Symphony Orchestra is doing an Aretha Franklin tribute, too. Damn, we live in a great town for music.

Elsewhere in the book this week: Staff reporter Kathleen Kunz looks at why Tucson Electric Power is asking the Arizona Corporation Commission to raise your rates; The Skinny checks in on the race between Sen. Martha McSally and her likely Democratic challenger, retired NASA astronaut Mark Kelly; arts writer Margaret Regan finds out why downtown's Davis Dominguez Gallery is closing its doors; movie critic Bob Grimm says Underwater is shallow fun; comedy correspondent Linda Ray catches up with Neil Hamburger ahead of his performance at 191 Toole; associate editor Jeff Gardner previews guitar legend Eric Johnson's upcoming show at the historic Rialto Theatre; and there's plenty more in our pages, so you've got some reading to do.