The mark of a good blues player is knowing when to shut up and let the guitar sing. The mark of a great blues player is being able to balance voice and instrument in such a symbiotic fashion they become more than the sum of their parts. For more than three decades, Tinsley Ellis has proven himself a dignitary of this latter class. But perhaps more impressive than his technical guitarwork that can jump from romantic ballads to aching reminiscences is his consistent output. The man has released more than a dozen studio albums, balancing multiple blues styles: electric, Chicago, rock and more. Ellis' latest album, Ice Cream In Hell, released on the seminal Alligator records, continues his trend of "blazing, every-note-matters" guitar playing. We dig.

This album truly has it all. Blues, rock, jazz and more! Never have two electric guitarists played this well together on an album.

These two certainly brought out the best in each other on this classic Chicago Blues release. Special mention to Jack Myers on bass for his imaginative bass parts.

With the help of pianist, songwriter, producer and label honcho Leon Russell, Freddie sings and bends strings like no one else. Freddie was the missing link between blues and blues rock.

Recorded live in a Chicago nightclub, BB leads his lean and mean five-piece band through a reverb heavy treasure trove of guitar tones and string bending. In my opinion it's a better album than his super popular Live At The Regal. 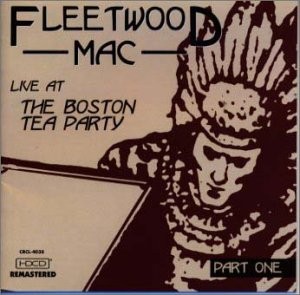 Recorded just when the original band was coming apart, Peter Green and his band offer us a wonderful mix of blues and psychedelic rock. This record sat in a vault and was not released for many years. Highlight is Peter's guitar playing on Duster Bennett's "Jumping At Shadows."