Courtesy photo Laura Carbone
It's rare for something to appear both bold and smooth, but Laura Carbone's music makes it seem easy. The German-born songwriter is a self-described restless soul, and this equally poetic and anxious quality can be found in her music. Her second album, 2018's Empty Sea, saw Laura move from the more straightforward passages of her earlier work, into more complex and occasionally darker paths. But even during these noisier passages, Carbone leaves room for the core of her music: bringing her inside stories out over infectious melodies. Ahead of her show at Club Congress, Carbone shared five albums that she's always willing to dive into.

Just beams me into another world. His guitar playing, his voice, the tone in it and the timbre. With every song so honest and fragile, so dreamy and a bit furious. I don't need any invitation to dive into his record—put it on and I'm deep down in an ocean and will dream, brother. 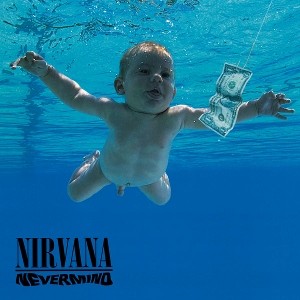 It was my dad who gave me this record, not knowing what kind of music it was and what kind of door this would burst open for me. I remember feeling the tension, noise and anger blowing through the speakers and it made me pick up the guitar and made me scream for the first time.

I spent a spring in California and reconnected with old soul and blues music while sitting in the backyard with a new love—an acoustic guitar. This record was my soundtrack this spring and holds so many songs that have been inspiring me while I'm creating new sounds and music. It's added so much lightness in a heavy process.

Push the Sky Away

I happened to be in New York for a couple of days to spend on my own. I tend to do this prior to touring, exploring the vibe, waiting for my band to follow me. "Push the Sky Away" soundtracked my ice-cold, snowy, dark days on the very edge of a long winter towards the spring. I absolutely adore the production and the recording of this record and can literally feel the almost raw and unfiltered energy contributed by people creating music in one room.

Hunter came out almost exactly a year ago and opened up another door into rage, frustration and anger released by a strong, independent and highly inspiring woman. I thank Anna Calvi for this soundtrack I had no idea I was in need of and for the empowerment every second transports. It's also produced by Nick Launay who also did Push the Sky Away. He absolutely seems to know how to capture and transport sounds coming from the bottom of the heart.