Courtesy photo
Nocturnal Theory's music exists in a space between spaces. Fronted by singer/songwriter and producer, Dominic Rischard, Nocturnal Theory combines acoustic and electronic elements to make a sound both personal and distinct. These differences extend into the lyrics as well, often telling of personal changes, or the wish for personal change. While Rischard's delivery often remains consistent throughout the tracks, it's the electronic soundscapes that really create Nocturnal Theory's diversity; songs can jump between indie folk to deep R&B to psychedelia and everywhere in between.

My musical influences began with Jimi Hendrix's album Axis: Bold As Love. The album influenced me to learn guitar and experiment with its endless possibilities. I was drawn to the way Jimi Hendrix used the guitar as his voice in many ways.

Little Hell had a huge impact on me. It's a folk record with rich guitar tones and beautiful stories within each song. Up until hearing that record I had never considered singing or writing my own lyrics. This album inspired me to step outside my comfort zone and develop my own voice. 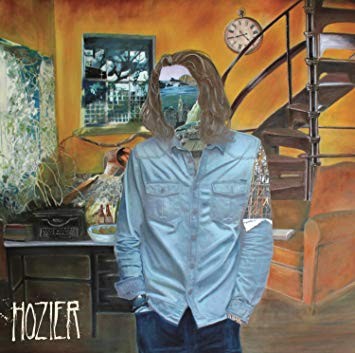 Hozier's self-titled album is another heavy influence. It's a genre bending album with folk, rock, and pop. I loved the intelligence and thoughtfulness in every lyric. I had never heard such a creative body of work. It inspired me to be more aware and present for every aspect of my song writing.

Blonde is one of the more recent influences on my music. It's another genre-blending record with rap, hip-hop and singer-songwriter all intertwined. I love how free every song is. It felt like the composition didn't follow any rules or format and Frank was writing the record exactly the way he wanted it.

At the point in my life that I heard 22, A Million, I had never considered using samples or programmed drums in my music. This record, along with its insane amount of production/processing, allowed me to view mixing/production in a different light. I've incorporated a lot of samples and programmed drums into my music because of the impact this record had on me. ■