Stars Pick Their Top 5! This week: The Flesh Eaters

They shamble up, out of the past and out of the dirt. The Flesh Eaters are an old-school bluesy punk band from the scene's early days in LA, alongside groups like X and The Gun Club. Their sound is raw, cryptic, tinged with death on every rough corner. Frontman Chris D.'s morbid yet poetic lyrics fuse wonderfully with the band's hazy production, minimalistic drums and the occasional saxophone or glockenspiel. After releasing their debut album in 1980, they're now working on their 10th album—their first in 15 years—set to release later this month. If their string of studio albums has any hint to their new release, expect entrancing, creepy garage rock with just enough camp and virtuosity for near-anyone to nod-dance to. 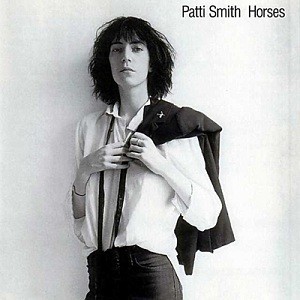 I'd been a fan of her poetry and her excellent, indie-pressed single "Hey Joe"/"Piss Factory" (by song's end, conflating the revenge killing of an unfaithful mate in all other versions of "Hey Joe" with kidnapped Patty Hearst's co-option into the doomed Symbionese Liberation Army surpassed derangement into emotional transcendence, true-WTF-brilliance.) And her debut album Horses (on a major label!) continued the upward euphoric swing into pure, blissfully sexually prurient, defiant, tough female rock swagger, consciously connecting a throughline back to French symbolist poets of the late 1800s!

Many prefer their first two albums for pelvis-ripping subversively anthemic, tear-down-the-wall exuberance, but this third, last studio album captures the MC5 at their fullest potency. "Sister Anne," "Future/Now" and "Over and Over" are unforgettable.


Bonus choices from The Flesh Eaters:

THE ROLLING STONES (3-way tie of BEGGARS BANQUET / LET IT BLEED / STICKY FINGERS) Everything they did up through/including magnum opus "Exile on Main Street" was different shades of great. But these three were a distillation of phenomenal songwriting. The lyrics went into uncharted territory beyond what most so-called super-groups were doing (or would even dare going): "Sympathy for the Devil,"Jumpin' Jack Flash, "Live with Me," "Let It Bleed,""Midnight Rambler," "You Can't Always Get You Want," "Wild Horses," "Sister Morphine," "Dead Flowers" and pinnacle chaos anthem, "Gimme Shelter."

THE DOORS (first 3 albums)
Yes, you could do what Patti Smith would do a decade later even more easily in the 1960s (with psychedelics oiling the creaky hinges), mixing the darkly romantic, sick, dark, surreal dreams of the young teen subconscious into mystical, sexual, euphoric Top 40 hits!

DAVID BOWIE – DIAMOND DOGS
With the exception of "Young Americans" (which is rock bottom on my Bowie-meter), I was a huge fan of all Bowie's LPs from "Man Who Sold the World" through "Low," then into kind of 'meh' territory thereafter. Bowie was already on a similar wavelength to notorious beat iconoclast William Burroughs, but you could really tell the two had become friends and were talking by this point. The first side of this LP (for me) is peak Bowie at his darkest and most punk, but side two is a bit forgettable.