Lana del Rabies is the solo project of Sam An, a native Tucsonan and Phoenix-based iconoclast who creates monstrous soundscapes out of her voice and waves of distortion. Occasionally the noise she makes is condensed into splintering percussion, making her songs nearly danceable, like a kind of ominous techno. The electronic hisses and ethereal shouts hardly give you anything to hold on to, but the industrial rhythms save you from completely being lost in her crimson-black fog.

Self Destruction, Final (from Further Down the Spiral)

Further Down The Spiral was the first "mature" album purchase I ever made, and was also the first Nine Inch Nails Album I bought. I was still in middle school when I got it, and I had really only been exposed to metal and punk in terms of alternative genres at the time. All of the tracks on Further Down the Spiral greatly broadened my perspective on what dark-genre music could be. 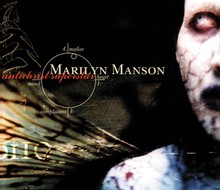 The Reflecting God (from Antichrist Superstar)

I was a big Marilyn Manson fan in high school, though when I evaluate my past, I was really just into Antichrist Superstar. I'm not really into much else Manson has done, nor do I really condone him as a person, but this album shaped a lot about how I think about sound design in rock music. 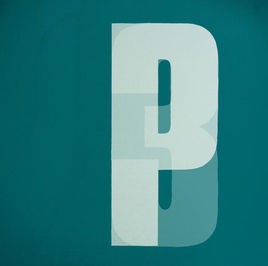 I was in my late teens when I got into Portishead. Third is still one of my favorite all-time albums. This track particularly stands out because it was possibly the first time I realized how the most minimal elements in a song could actually convey the most heavy emotions.

Disengaged (from Dragging a Dead Deer Up a Hill)

I went to college in Detroit. Being a native Tucsonan, I definitely experienced something of a culture shock, though I came to love and still do have love for that city. The experience of a real winter in a dilapidated city that was going through an unhelpful gentrification embodied a sort of strange pain to me. I discovered Grouper during that time, and her sound was the sound of that exact feeling to me. "Disengaged" was the first song of hers I heard, and I fell in love with distorted drone music.

Pale on Pale (from Apocalypsis)

Chelsea Wolfe is a meaningful artist to me because she was the first solo female musician I discovered who embodied a gothic intensity through elements of genres I already liked, without feeling manufactured or sacrificing vulnerability for the sake of edginess.