Stars Pick Their Top 5! This week: Eric Schaffer and The Other Troublemakers

Courtesy Eric Schaffer and The Other Troublemakers

Even if you weren't told Eric Schaffer was a Tucson local, you could tell from his acoustic ballads celebrating the open desert roads, pit-stops in Mexico, and a beautiful sense of listlessness. For four years, the band (either Schaffer alone, or upwards of four members) have played their blend of country/rock/folk/bluegrass to anyone who will listen. Because that's the sense you get from their music, these men have songs to sing. If the crowd enjoys it, that's just icing on the dusty cake.

Their newest album, Crazy Road Trip, released just last month and is adorned with what else but a saguaro in the sunset on the cover. The album is filled with lyrics that are nitty-gritty honest but also pastoral, in that Townes van Zandt fashion, such as: "Courtyard wrapped in bougainvillea / Forty-two kinds of fine tequila." A fair amount of humor can also be found in Schaffer's words: "At least I picked the right day to not stop drinking." 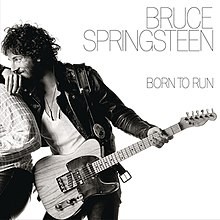 I grew up in New Jersey and Born to Run was released two months after I graduated from high school. That album was a snapshot of my life that year. When people talk about "the power of music," that's what I think of. I've always loved Springsteen's use of religious imagery. The chorus of "Love Wins" is right out of his playbook.

I started listening to Radney Foster when I got serious about songwriting. If you want to hear a collection of expertly crafted songs, listen to any of his albums—but this one is arguably the best. The style of storytelling and the flow of the instruments has found its way into a lot of my work. I had the good fortune of working with him in Nashville in October of 2015 and the experience really elevated my game.

Ryan Adams has this uncanny ability to take the simplest chord patterns and lay the most engaging melodies over them. The lyrics on this album weave in and out of the abstract and the simple, which is one of the places I've been trying to go with my writing. I loved "My Winding Wheel" and that song has been a mainstay in our live shows.

This album had it all: Great vocals, harmonies, love won, lost lost and celebration. I think every love song I ever wrote was born on this album. I think I've performed every one of these songs at one time or another over the years.

My awakening to modern Americana. Listening to this album made me realize I could make an album that meandered from country to rock to folk and then back again. The lyrics are smart and edgy. "Catching an all-night station somewhere in Louisiana/It sounds like 1963, but for now it sounds like heaven." Brilliant.