It makes sense Jesika von Rabbit is based out of Joshua Tree. Her music is carefree like a hippie mecca should be, but it can also be as alien as the high desert. For a decade, von Rabbit lead the indie-electronic-pop band Gram Rabbit, releasing a handful of successful albums. In 2013, Gram Rabbit went on hiatus, but this didn’t strip von Rabbit of the strange, danceable and eclectic pop she sang for so long.

Although Gram Rabbit never officially broke up, and still reunite for infrequent shows, Jesika von Rabbit stays busy with her solo career. She released her debut solo album, Journey Mitchell, in 2015 and has been touring on-and-off ever since, performing with bands like The Eagles of Death Metal and Spindrift.

Of course as a young girl I knew who The Beatles were but it wasn't until I discovered my parents Sgt. Pepper's record in the basement that I entered a whole new world of knowledge, not only of the eminence of The Beatles but also The Sixties, flower power and psychedelia. 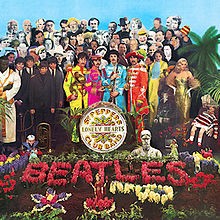 When I first heard this album it was like nothing I had heard before. In ways as whimsical as the above mentioned Sgt. Peppers. Chock full of vintage samples mixed with fresh beats, so entertaining, almost like a comedy album that you could dance to. 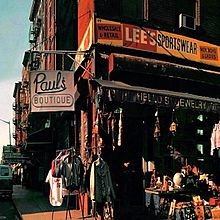 The Dead Milkmen Eat Your Paisley

I was young. I bought the cassette at the mall. I thought I was cool. I grew to love every song. It was my first introduction to punk. It was punk rock lite.

when this came out it was like, "what is this sound?" It wasn't punk, it wasn't metal, what was it? It was totally unique and it rocked.

Metallica ...And Justice For All

I never was really into metal until this album came out. I loved the song and video for "One", then I got to see this concert live. Four men with long hair, dressed in all black, skin tight, pillars crashing and singing about politics instead of sex. It was extremely powerful and stuck with me for a long time.