Know Your Product: The Wild Reeds

Uplifting as the morning sun, the music of The Wild Reeds fuses three-part harmonies, folk melodies and just a bit of that country twang. The female vocals jump from delicate to explosively passionate in just a few bars, while the accompanying band lays a rustic stage. The Wild Reeds landed onto Tiny Desk Concert in 2015, and have been bringing their poignant poetry to audiences ever since.

I grew up listening to this record with my mom and aunt and I hadn't realized until recently how this helped shaped me as a singer. Every song is so mindfully crafted and the soul in her voice is so authentically Carol. I read once that she writes a song a day to keep with the craft. I'm super inspired by her diligence. 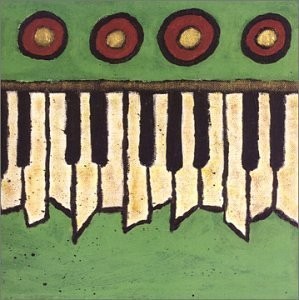 An all-time classic favorite that changed how I saw arrangement and texture. It was loud and noisy while still having a strong narrative and complex structure that fed into that narrative. It's proven to be unique in its ability to always find something new with every listen, whether it's a hidden sound layered under all the madness or a lyrical nuance that challenges the musical tone.

What matters to the Beach Boys and me alike is what we can be to just one girl.

I was in sixth grade. In one camp, you had Backstreet Boys and N'Sync, and in the other you had Weezer and Sublime. Having been a Spice Girls fan, you would think I would have chosen boy-band mania, but instead I plastered my walls with Green Day and Weezer posters. (Keep in mind it was 2002.) Without really knowing it, that was a pivotal point in my adolescence, and the discovery of my own music taste. Weezer's Blue album lead me to punk rock, and then ska, and then a few really horrible haircuts but eventually to my own electric guitar....and somehow now we are here (in a van somewhere in Oklahoma). To this day the Blue album provides a nostalgia few other things do for me. It has aged to perfection.

Digital Ash in a Digital Urn

I remember hearing "Easy/Lucky/Free" for the first time on my couch on Fuse TV when I was 14. I quickly ditched listening to Dashboard (stopped screaming infidelities) and opened my ears to the dreamy meditative state that "Easy/Lucky/Free" put me in. Listening to that album front to back made me think about songwriting and performing as transparency for the first time. I didn't understand so much of the lyrical content, though I loved it and read along to every song in the CD booklet, but I especially leaned in to the way it shifted my mood. I feel like it helped me grow up. I can put Digital Ash on no matter what mood I'm in, and now that I'm older and have made records, I worship the production on it. Take me to that cloud any day.