Know Your Product: The Bellrays

The punk and soul in the Bellrays' music work like a chemical reaction: two independent and proficient pieces on their own which explode on contact, creating something wholly different, powerful and volatile. Their instrumentals feature the wailing guitars and driving drums found in a garage rock band, but frontwoman Lisa Kekaula's dark, soulful vocals color the band into a breed all its own. A look at Kekaula's favorite albums tells The Bellrays' story: classic rock acts with even more classic blues influence.

The King of Delta Blues Singers

This is the wellspring of recorded blues music. Robert Johnson climbed into my soul and has been pedaling me through life ever since. I listen to it over and over again and I still can't believe it's one guy, his guitar, alone in a room singing and playing his guts out all over the floor. Years later a record collector we met played us the original 78 rpm. It was the same recording but the process to 78 brought out EVERYTHING. It was like listening to God. INTENSE!

The second side of this album really drove home that a record album could have a conversation with the listener. It wasn't just "slow song," "fast song," "piano song" in a line. It was edited to talk to me. I've always wanted to put our live shows together with this idea in mind. 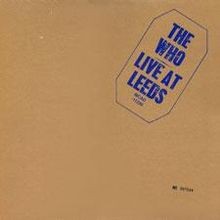 This album is the rock band's bible on how to put a show together. The energy in the PAUSES blows me away every time I listen to it! They were putting on a show and simultaneously pushing and pulling the audience along with them. Everything they do on this record is a band at the height of its craft.

Songs in the Key of Life

I remember the day my mom brought this record home. We played it over and over again. Two albums and a 45 to me has no throw-away tracks. This record, along with every other Stevie Wonder album in our house, would become my music school. Headphones and the hi-fi were my daily homework with the lyrics in the LP sleeve as my text book. I am the singer I am today because of this record and how it showed me the power of songwriting, storytelling and emotive expression.

THE textbook example of how to take weird, quirky beats and marry it to an iron hook. The rhythms were deep and strange, with a completely hummable melody bolted on top of it. It took power pop to a whole new level. I have dedicated my life trying to write a hook as iron strong as "Five Senses Working Overtime."

I love this album because the guys playing do not give a FUCK about anything but the music they want to play! They’re not worried about genres, styles, marketing aspects or anything else not coming out of their instruments. Non-stop energy, playful and in your face. This album opened the door for No Doubt, Red Hot Chili Peppers and everybody else.

This is not a record that comes up in much conversation but it should. I listed it because I was asked to review it and I haven’t stopped listening to it since. As a front person I was completely enthralled with the swagger, machismo and finesse that is in the bulk of the tracks. There is also enough vulnerability to weave a tapestry of hip-hop that is poetic and prophetic. The storytelling is gripping enough that any true rock enthusiast knows this record and where they were the first time they heard it. It just hits that hard.


Our guitar player found this album on the floor of a club in the San Fernando Valley and once I listened to it I was energized. I knew about the MC5 from listening to my dad’s albums (he actually saw them in Santa Monica in 68 or 69) and vaguely about Wayne’s story, but I wasn’t really a fan until I heard this album. It was intelligent, catchy and it fucking rocked! “Pillar of Fire” is up there with “Won’t Get Fooled Again” as the pinnacle of songs with a political point. It made me feel like I was way behind in everything I had done with songwriting until that point. I had to shit or get off the pot.