January 30, 2020
comment
The songwriter’s voice is an invaluable musical instrument, capable of conjuring poetry, melody, atmosphere, storytelling and more. But for certain singers, such as Pieta Brown, voice can achieve all these at the same time, and more. Although she possesses such a great voice, the folk/country singer has managed to balance instrumentation and singing over multiple albums. Even when her songs include the occasional distortion, they maintain a pastoral beauty.

Brown cites the years she spent living in Tucson as a catalyst for beginning her music career, inspired by the "transitory" atmosphere of the city, along with bands like Giant Sand and Calexico. Part of her latest tour, Brown is teaming up with fellow former-Tucson rambler David Huckfelt. It makes sense they’re teaming up, as both their playing style and musical ethos compliment each other.

The first album I remember putting on a turntable by myself. I was 6 or 7 and there was an LP leaning against a stack of other LPs on the floor. It had a raccoon on the cover. I took it out and put it on myself. There were no grown ups around. There was sunlight on a hardwood floor. I danced alone. How could I know then that someday I would open shows for JJ Cale and stand on a rooftop with him in Southern California talking about things like the ocean and Tulsa and how great it is to have a gig on a Monday night?

Elizabeth Cotten Folksongs & Instrumentals with Guitar
An album the grownups got tired of me asking to listen to. Elizabeth Cotten playing guitar still makes me feel like everything is gonna be alright. 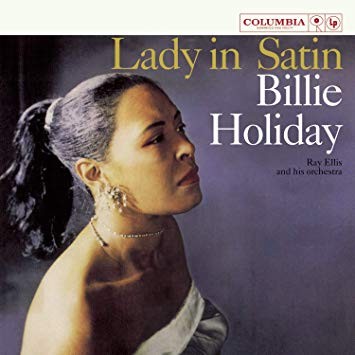 Another one from my mom’s record collection. I was hooked immediately. “If I ventured in the slipstream…”

I discovered this in my mom’s boyfriend’s collection when they moved in together. I had no idea what it was. I snuck it upstairs. I put it on the record player in my room. I put my head between the speakers and ended up listening front to back. I haven’t been the same since!