To Kristen Nelson, writing (and other artistic expressions, of course) forces us to be aware of our surroundings. The constant scribbling—it's a vessel that saves us from being sucked into the dark side, also known as not giving a shit.

More than a decade ago, Nelson founded Casa Libre en la Solana to be a part of that movement—to help Tucsonans stay awake through the written word and away from things that could turn us into apathetic robots.

"'Here's your 8,000 different kinds of toilet paper you can buy, here are some psychotropic drugs, here are some good TV shows, we'll call it reality,'" she says. "And then all of the sudden, people aren't paying attention to their neighbors, to their communities, to their world. It becomes much harder to ignore what is happening when you are putting it on paper."

Nestled between all other things local on Fourth Avenue, Nelson birthed Casa Libre 12 years ago. She calls it an "extension of the home where I grew up," which was always overflowing with love and inclusiveness.

The nonprofit hosts writing workshops and readings highlighting authors who are part of the various subcultures of the Old Pueblo – LGBTQI, Latinos and so on.

The collaboration and harmony that exists between all these different voices is what hooked Nelson to Tucson. She moved from New York during a strange time for the country—9/11 had just happened a year prior and the U.S. was in turmoil.

NYC also has her heart, but she says at times people can be disjointed, "like small little communities all over the place." Here, she wanted a place that could attract diversity in terms of age, gender, sexual orientation, race, religion and whatever else you can think of.

But Nelson was also trying to avoid isolation. Being a writer involves a lot of "me time," so having a core meeting spot where writers and artists could come together and make magic—that was the answer.

Casa Libre depends on that community support. They survive almost entirely off donations and fundraisers, which comes with its own set of ups and downs.

Recently, Casa had to temporarily kill its residency program, which hosted out-of-state and international authors to stay at a casita on the premises, while they worked on books or other projects. Reviving it is at the forefront of Nelson and the rest of Casa Libre's goals in a hopefully-not-so-distant future.

"Our programs are growing, and some are getting a bit bigger than what our sweet little library place can hold," Nelson says. Whether it's renting a sister venue or collaborating with other local organizations, Casa Libre is down to accommodate more people.

In the meantime, Casa Libre will be hosting a series of writing workshops from February to May. They've done that before, but not at this intensity—several of them are scheduled almost every day for five months.

They're open to all at an affordable price with themes from how to combat writer's block to how to dismantle our childhood and splatter it on paper. Then in April, one of Nelson's favorites, how to write about sexuality.

"Perhaps there will be a writer in the class who is cracking their journal for the first time ... and there will be another writer who has three books published," she says. "The less experienced writer can share that purity with the more accomplished writer who has maybe moved away from that. And the success of having three books published can inspire the writer cracking the journal open for the first time."

And that back-and-forth energy is at the core of what Nelson had in mind for the Casa since its inception.

For more information on the workshops offered this year, visit Casa Libre's website at casalibre.org.

Winter Street Fair: How to get there and where to park 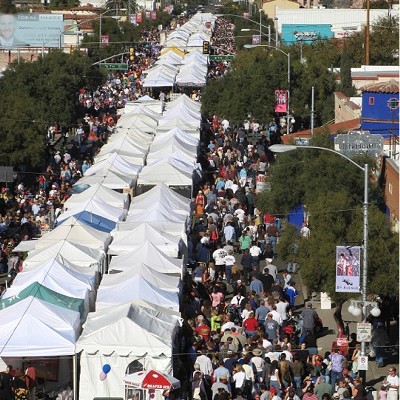 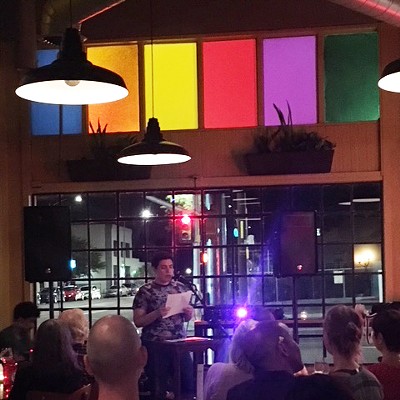