The Tucson Women’s March is back in 2019 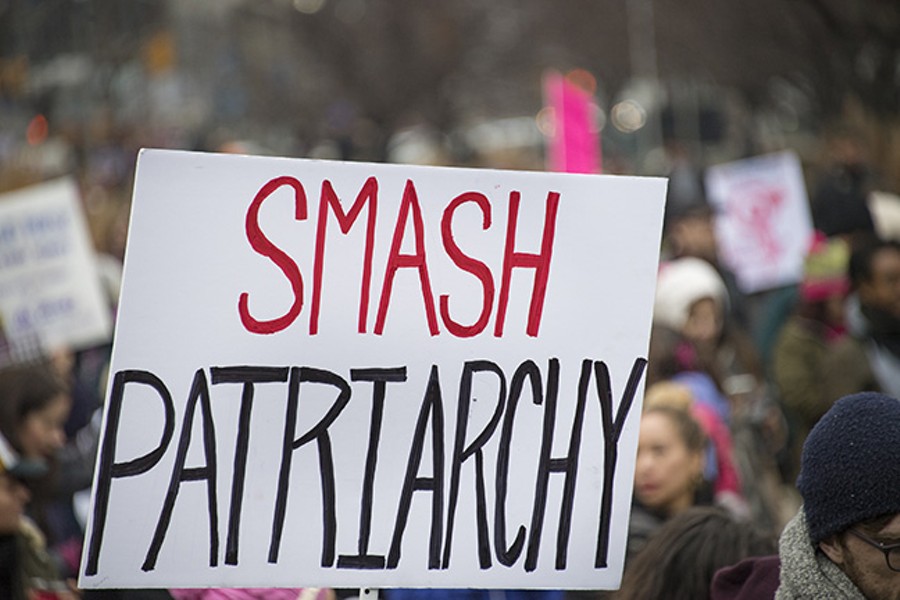 Cynthia Bistrain had never been to a political demonstration before, but she seemed drawn to the first Tucson Women's March in January, 2017, and she invited a few friends to go with her.

"It was a wonderful experience," she said. "I just became a lot more of an engaged citizen since that happened."

In 2018, there was no march. Bistrain was disappointed, so she went to Facebook and started posting about how she wished there was another opportunity to experience an event like that. Other Tucsonans, including members of the Indivisible Southern Arizona group, felt the same, and their talking turned into action.

Now one year later, she's making her own wish come true. While Bistrain works full-time at a financial software company and raises three daughters, she also serves as the chair of the Tucson Women's March. The event was revived after she inquired to the internet, and she became a central player in bringing it back.

"I've lived in Tucson for 25 years, and in the last six to nine months I've probably met more people than in the whole time," Bistrain said. "People are just interested. This is a community event and it belongs to Tucson."

Beginning at 10 a.m. on Sunday, Jan. 20, at the Jácome Plaza downtown, the Tucson Women's March will feature speakers engaged in a variety of social justice-oriented issues.

The Tohono O'odham Nation's Tóka team members will be leading the march, following a reading by Ofelia Zepeda, an established poet and Regents Professor of Tohono O'odham language and linguistics and head of American Indian Studies at the University of Arizona.

Indivisible Tohono, a grassroots organization advocating for tribal involvement in all forms of government, is the link between the O'odham community and the Tucson Women's March.

"Tucson is O'odham land. It's our original land and so I think it would make sense that it would be the O'odham women to lead the march," said April Ignacio, a co-founder of Indivisible Tohono. "The Tóka side of it is that we have a traditional game that is played by just women and so there's an established sisterhood already. These women are the protectors."

Tóka, which is similar to field hockey and uses sticks hand-made from mesquite, is an ancient game that has been around for longer than anyone can remember. Ignacio said multiple generations of women share the field at the same time.

Ignacio herself will speak at the march about the high amount of missing and murdered Indigenous women and girls. This is a topic that she has done original research on, since there is not a lot of information already in existence.

There are more than 100 volunteers signed up to help the day of the event. There are also several more who have formed committees for different aspects of the march: community outreach, media, donations, event planning, entertainment—the list goes on.

"One of the fun things about the march is that my daughters are involved too and that's been really super fun because it's so different than just family life," Bistrain said. "To see your daughters in action makes you really proud."

The Tucson Women's March is a free and family-friendly event. There will be face painting, food trucks and performances by Desert Voices (Tucson's only LGBTQ+ choir), the Esperanza Dance Project (a performance group that fights the stigmas of childhood sexual violence), Brie Darling of Fanny and female folk artists Heather Hardy and Sabrina Faulk. The Tucson High School Marching Band and Brazilian drum ensemble Sol Axé will be accompanying participants during the march.

An estimated 15,000 people gathered at the first march on a cold and rainy day. Since there was no demonstration last year, Bistrain said she can't accurately estimate how many will show up this time. However, the organizers are preparing for a similar turn out.

Bistrain said they haven't been affiliated with the national Women's March group during this process, so the event is 100 percent locally funded and organized. The organization accepts online donations from the public and the YWCA is a fiscal sponsor.

At the first march, Bistrain noticed that everyone was excited to engage in a movement, but there wasn't really an outlet to channel the inspiration.

This year, the organizers have arranged for nonprofits and other community service organizations to set up information booths at the march so participants can meet them, learn about their missions, and possibly engage with them or donate.

"What I'm hoping will happen is that the next women leaders of our community will be inspired to run for office," she said. "Or be inspired to get the ERA [Equal Rights Amendment] ratified in Arizona, or be the next leaders of the Tucson Women's March."

The volunteers are trying to be as inclusive as possible, after reflecting on the marginalization of women of color in the national organization. Bistrain said they're willing to have difficult conversations during this process because it's necessary.