A Thousand Pints of Light 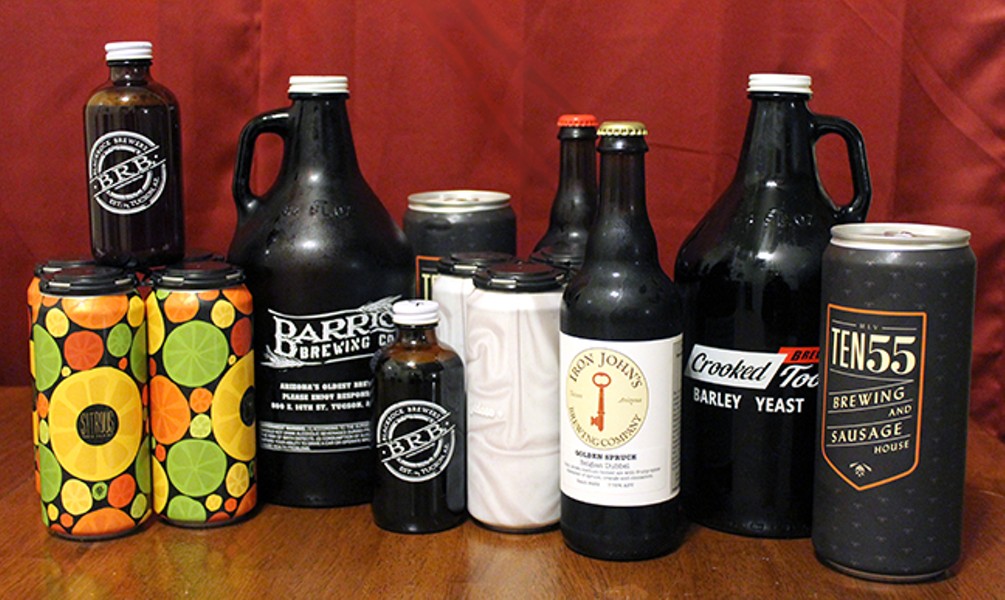 At a Tucson Weekly party back in the day, I asked legendary local political operative (and onetime TW semiautomatic weapons editor) Emil Franzi why he wasn't having a cocktail. He told me: "The Good Lord only gives you so many drinks and I used up a lot of mine in my younger days."

As a callow youth who drank a lot of beer, I didn't really get what he meant, but these days, I sure do. And it makes me a little sad, because most of that beer I drank back then was mass-produced domestic swill. Today, when local breweries are concocting all manner of killer beer, my own thirst just ain't what it used to be.

Luckily, the young staffers here at the Weekly are made of sterner stuff. Associate editor Jeff Gardner courageously tackled the job of heading up the team that's been sampling some of the finest offerings brewed in Southern Arizona ahead of Arizona Beer Week. You'll find the results in this week's feature story, along with key details about how our local breweries are celebrating the festival and a few other stories tales from the beer beat.

Elsewhere in the book this week: The Skinny looks at some upheaval in Pima County Supervisor Ally Miller's office; staff reporter Kathleen Kunz looks at how staff at the Arizona State Schools For The Deaf and The Blind are training for a dance competition; music writer Christopher Boan talks with Neko Case ahead of her upcoming show at downtown's Rialto Theatre; arts writer Margaret Regan draws some conclusions about the results of an experimental show that mixes art with science; calendar editor Emily Dieckman introduces us to the UA's first vice president for the arts; and, even though it's Beer Week, contributor Lee Allen has a little something for wine connoisseurs with his preview of the upcoming Off the Vine festival at Oro Valley's Steam Pump Ranch. Plus, there's plenty more to read in the usual columns about how to have a good time in the week ahead.

See you at the bar!