The Republican National Convention, By The Numbers 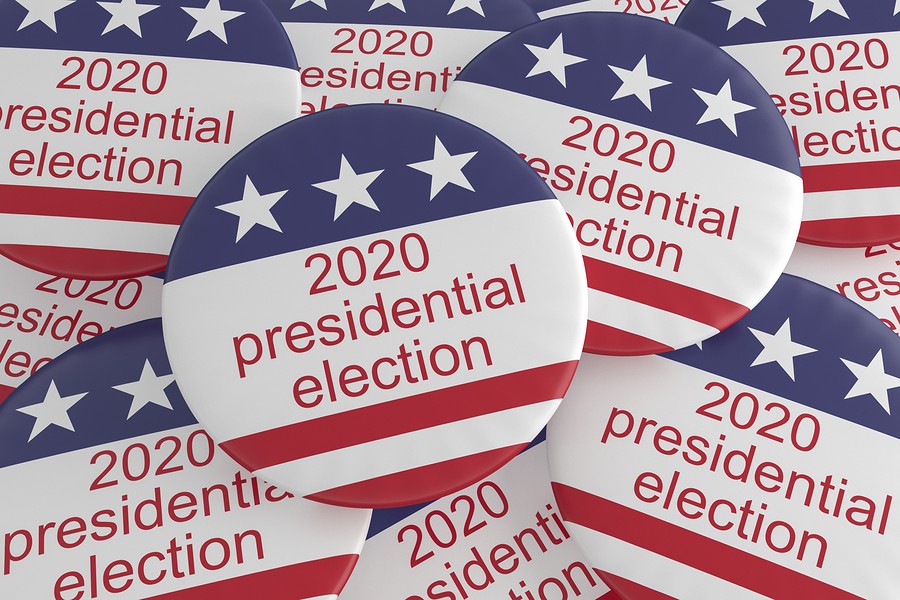 I watched the Republican National Convention, mostly because Lovecraft Country wasn’t nearly scary enough. (Actually, the racism parts were depressing and hard to watch, but the monsters were on the silly side. That sentence applies to both Lovecraft and the Convention equally.)

We all understand that political conventions are supposed to paint a pretty picture of one’s own party while casting aspersions on the other side. But this thing was from another dimension. It was falsehoods and vulgarity on acid…on steroids…on Fox.

But, by watching the Republican Convention, I did learn that it was Donald Trump, not Lincoln, who freed the slaves. Trump also founded the National Organization for Women, personally insisted that coverage for pre-existing conditions be a part of the Affordable Care Act, and, through quick and decisive action, completely obliterated the coronavirus (which is why we—like all the speakers at the GOP show—can now talk about it in the past tense).

A while back, I suggested that people ignore the COVID-19 numbers that are read by TV news talkers. They just throw out a bunch of numbers without offering any analysis. I still think that you should ignore that nightly ritual, but there are other numbers that cry out for attention. They include:

• 11. That’s the number that the volume was turned up to in Kimberly Guilfoyle’s speech. It was absolutely amazing how she could shout her way through an entire speech. And she showed us that shacking up with Donald Trump, Jr. wasn’t an isolated episode of stupidity when she topped things off by claiming to be a first-generation American because her mother was born in Puerto Rico!

• ZERO! That’s the credibility that’s left for the Centers For Disease Control and Prevention after people who claim to be doctors tossed aside sound medical procedure in order to satisfy the blatantly political demands made by members of the Trump Administration who are desperately trying to pretend that the COVID-19 pandemic is somehow behind us.

It’s almost cruel to expect Donald Trump to understand math. It’s like picking on the handicapped. You might as well try to explain physics to a fencepost. However, the people at the CDC are doctors, for cryin’ out loud! They’ve all spent a double-digit percentage of their lives working to become healers of people. They are all of a higher—perhaps the highest—calling. There isn’t a scenario imaginable where they should be bowing down to some boot-licking bureaucrat. I’m sorry, if some Trump Turd-licker comes along and tells a CDC doctor that the boss is going to fire him if he doesn’t fudge his results or alter his methodology to the detriment of science, the response should be, “Then fire me!”

Get fired, put on your resume why you got fired and by whom, and then immediately get a better, more ethical job. This bowing to political pressure is going to damage the CDC for generations.

• 3. That’s the grade level of people who think it’s funny to intentionally mispronounce the name of a person of color. Actually, that number might be too high because a lot of third-graders understand that racism can be expressed in a lot of different ways, none of which are funny.

I turned on the radio the other day and I heard White Boy Dick talking about the Democratic nominee for Vice-President. He said “KAM-uh-luh or Kam-AH-lah or KAME-ah-lah…” Seriously, who’s going to laugh at that? And who’s going to believe that it’s not racist?

• 74%. That’s the current line in Vegas that Kamala Harris will make Mike Pence cry when they have their debate Oct. 7 at the University of Utah. It’s gonna be nasty. In all seriousness, it’s probably better than even money that Pence tries to come up with an excuse to get out of it. Commenting on the Vice-President’s speaking style, Bret Stephens of the New York Times said that Pence looks like “the before part of a laxative commercial.”

• 70-29-1. Those are the current Presidential election numbers posted on 538. What’s moderately scary is that Trump’s 29% chance of winning is the exact same number that he had on Election Day in 2016. The REALLY scary number is that 1, which is the chance that the Electoral College vote could end in a 269-269 tie.

They always talk about the “genius” of the Founding Fathers. But if you thought that the Electoral College was a dumb idea, wait until you see how they break the tie. The newly-elected House of Representatives convenes to “elect” the President. Each state’s delegation gets one vote, which means that California’s 40 or so Democratic Representatives would count the same as the one Republican from North Dakota.

While the Democrats hold a huge margin in the number of actual Representatives, the Republicans hold a 26-23-1 advantage in state delegations and that’s unlikely to change in November. That would mean that Trump would be “elected” by the House and, for the third time in six elections, we would have a President who lost the popular vote.

For four years, America’s salvation would be, like the song says, only a heartbeat away. ■