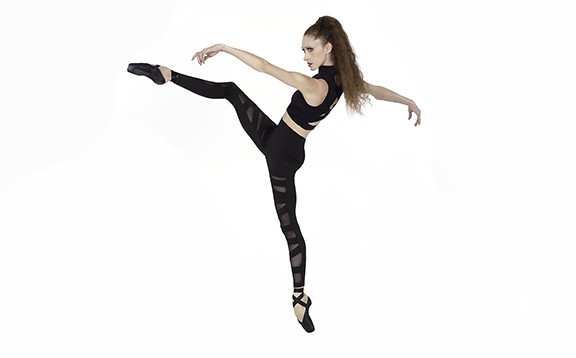 Made in America Dance and Music Concert

Performed by Ballet Tucson, singers Katherine Byrnes and Rob Wright, and a quarter of musicians

$45, general; $40 for seniors, students and military Tickets available at Brown Paper Tickets by phone at 800-838-3006 on online at www.brownpapertickets.com, under name Ballet Tucson Winter Concert.

Midway through the eighth annual Tucson Desert Song Festival—devoted this year entirely to the American voice—Ballet Tucson is stepping up to perform three dances with American roots.

"Our theme is Made in America," artistic director Mary Beth Cabana says. "The whole show has ties to that."

At the company concert this weekend, choreographer Mark Schneider's new dance, Recollections, will mix dance and live music, with Katherine Byrnes and Rob Wright singing popular American songs from the turn of the last century.

Unsquare, another a brand-new dance, this one by the company's Chieko Imada, pays tribute to jazz, a musical genre born and bred in African American clubs and dance halls.

The opening work is the wondrous 1934 Serenade, composed by revered choreographer George Balanchine. The beloved dance is set to music by the very Russian composer Tchaikovsky, but it nevertheless has an American pedigree: Serenade was the first ballet the Russian-born choreographer made in America.

"The show starts with high level ballet, then an original jazz piece, and a fun ending with live music and old songs," Cabana says.

Here's a look at all three dances:

Balanchine was Russian, and Serenade was born when he was new to the U.S. and had not yet established his storied New York City Ballet.

"Balanchine was forming what would become the School of American Ballet." Cabana recounts. "He used his advanced students. He created it based on what happened in the studio."

When one girl fell, for example, Balanchine quickly added a stylized fall to the dance.

Acclaimed ever since, Serenade is a marvel of movement that deploys some 23 ballerinas on stage at once.

And with the women in pale blue dance dresses, "there's great beauty in the large ensemble," Cabana says. "Balanchine once said, 'Ballet is woman.' This exemplifies that."

The 32-minute work does offer roles for six men; and with triple casting, multiple dancers will get into the spotlight in solos, duets and trios. Among the troupe's female stars taking on featured roles are prima ballerina Jenna Johnson, Taylor Johnson and Megan Steffens. The men include Vasily Boldin, Jared Kelly and Charles Clark.

Elizabeth Kanning, a new, young dancer who acquitted herself beautifully in a Christopher Wheeldon piece in the October concert, will dance in the Russian solo.

Ballet Tucson first staged Serenade in 2016, when the Balanchine Foundation allowed the company to dance one of the master's works for the first time. To put it in sports terms, Balanchine is to ballet as the Super Bowl is to football.

Since that first Serenade four years ago, Ballet Tucson has danced two more of his works, Walpurgisnacht Ballet and Donazetto Variations, and the dancers will perform Concerto Barocco at the spring concert, March 13 to 15.

Serenade is the perfect Balanchine work to do first, Cabana says. "The movements are lush. And with its time, technique and musicality, it's quintessential Balanchine."

And there's a Serenade tie to the Desert Song Festival theme of American voice.

"It has fancy footwork. You work up to it. Articulate your feet. The feet are like a voice."

Unsquare, the middle dance in the concert, merges classical ballet movement with jazz; it's set to recorded American jazz. Choreographer Imada has made many works of blended aesthetics, including a dance that synced tango with ballet.

"It's an ensemble piece but everyone has a moment," Cabana says.

The grand finale, Recollections, is a trip down memory lane to the songs Americans loved in the 1890s and early 1900s.

"It's a turn of the century piece," Cabana says.

Local singers Katherine Byrnes and Rob Wright will sing the sweet harmonies of such favorites as "Shine on, Harvest Moon," a 1908 vaudeville hit; "The Daring Young Man on the Flying Trapeze," an 1867 song written by a pair of Englishmen but popularized in the U.S.; and "I Want a Girl (Just Like the Girl That Married Dear Old Dad)," a Tin Pan Alley tune from 1911.

Tucsonan Byrnes has sung with everyone from Calexico to the Tucson Pops Orchestra to audiences in Europe and China; she's soloing for Tucson Symphony Orchestra Feb. 18, and traveling the state this year in a Carole King tribute show.

Rob Wright, a jazz vocalist who also sings barbershop quartet, is a longtime Tucson resident who sang with The New Christy Minstrels, and later traveled the West on singing gigs wife, Linda. The singers will be accompanied by musicians playing trombone, ukulele, percussion and acoustic bass.

The dancers, 27 strong, will be clad in old-timey costumes: white shirtwaist blouses and voluminous skirts in red or pink for the women; red and white striped vests, black pants and straw hats for the men.

Recollections is one of many big, cheerful dance entertainments choreographer Schneider has made for Ballet Tucson. With its combination of theatrical dancing and ballet, Cabana notes, it's the "kind of dance that's Mark's strong suit." And with its candy-colored costumes, the dance is "kind of cued into Valentine's Day."