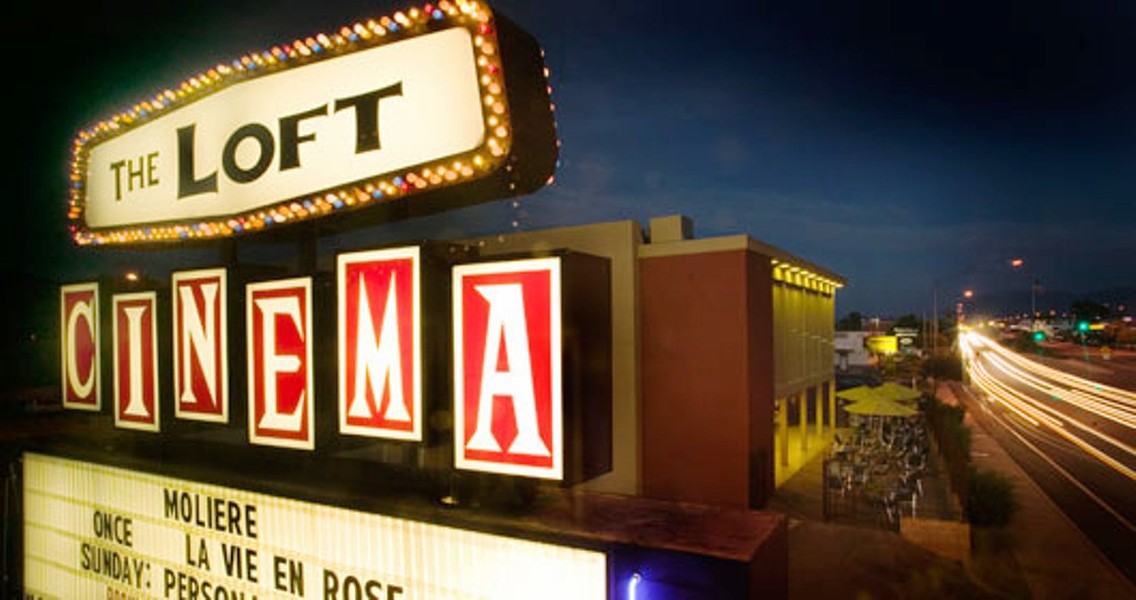 While the Loft Cinema is closed as a physical theater, the nonprofit is doing what it does best: creatively addressing a crisis. The Loft has embraced the digital age by streaming multiple arthouse flicks from their website. Loft fans can purchase an "e-ticket" for the films and are then sent a link and password to view the film. The Loft Cinema will be splitting the revenue with the film's distributor 50/50. This money will go directly to their employees and essential operational costs while their theater is closed. To get a ticket, head over to loftcinema.org. The Loft is currently streaming:

Fantastic Fungi. Part nature documentary, part counter-culture celebration, this examination of the past, present and future of fungi will give you a new respect for the mushrooms around us. Fantastic Fungi follows mycologist Paul Stamets as he discusses how fungi changed his life and inspired him to rethink the natural world. Yes, mushrooms have a role in cooking, but they can also prove to be therapeutic, medicinal and even help solve some of the planet's largest environmental issues. And if none of that interests you, it also features some dazzling visual representations of mushroom-induced hallucinations. 81 minutes. $5 to rent, $15 to own.

The Wild Goose Lake. An arthouse streaming exclusive, The Wild Goose Lake recently reached box office success in its native China. From director Diao Yinan (Black Coal, Thin Ice), The Wild Goose Lake is a dark crime film that combines noir elements, gorgeous cinematography and wild action for a memorable flick about the struggle between mobs and police. As with other films The Loft Cinema is streaming, this was a nominee for the prestigious Palme d'Or at the 2019 Cannes Film Festival. 113 minutes. $12 to stream. In Chinese with English subtitles.

The Whistlers. An arthouse theatrical streaming exclusive, this thriller from Romanian writer/director Corneliu Porumboiu (12:08 East of Bucharest) examines corruption and deception in law enforcement. Blending elements of gangster films as well as black comedy, The Whistlers follows a police inspector in Bucharest who plays both sides of the law, embarking on a high-stakes heist. The film was also Romania's entry for Best International Feature Film at the 2019 Academy Awards. 97 minutes. $12 to stream. In Romanian/English/Spanish with English subtitles.

Sorry We Missed You. An arthouse streaming exclusive, this latest film from director Ken Loach (Kes, I, Daniel Blake) is a quiet drama detailing working-class families who live a precarious, modest life. This tear-jerker follows Britain's "gig economy" and the modern struggle to maintain a healthy work-life balance. Sorry We Missed You was a nominee for the prestigious Palme d'Or at the 2019 Cannes Film Festival. 101 minutes. $12 to stream. The Loft Cinema reminds you that the film is in "heavily accented English with English subtitles."