A look at how candidates stack up on cannabis 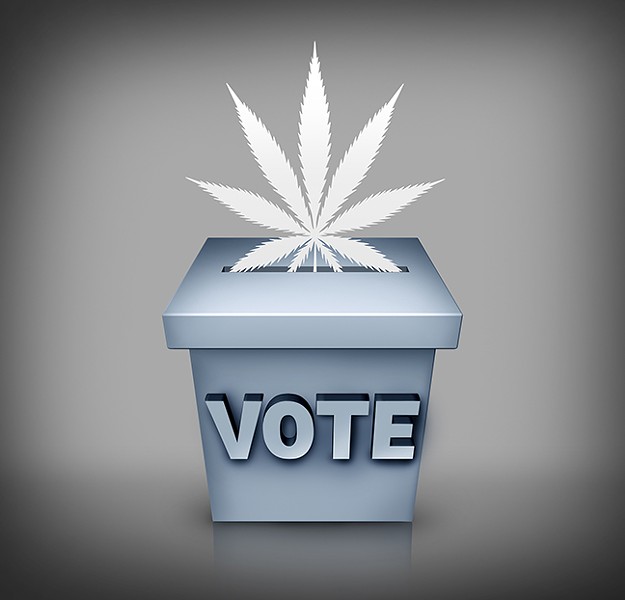 Activists and advocates are gearing up for a packed cannabis agenda in the Arizona Legislature next session.

Efforts to change the technical language of the Arizona Medical Marijuana Act to "cannabis" and implement testing regulation will largely depend on legislators' willingness to reach across the aisle.

With that in mind, here's how candidates in Legislative Districts 9, 10 and 11 stack up on cannabis.

In LD9, Reps. Randall Friese and Pamela Powers Hannley, both Democrats, will try to hold out against Republican challenger Ana Henderson, who unsuccessfully ran previously in 2016.

Both Friese and Power Hannley have been supportive of cannabis legislation in the past year, as well as decriminalization and medical use. Hannley especially worked to reform the Arizona Medical Marijuana Act with industry support, so NORML gave her an A+.

Friese got a B, mostly due to his efforts against last session's testing bill.

NORML hasn't provided a letter grade for Henderson and she didn't respond to phone calls. But Henderson discussed legalizing recreational marijuana at a Clean Elections debate when she ran for LD 10 in 2016. She said while she heard there are benefits to medical marijuana, she was worried about the children when it came to recreational use.

"We don't want to have this new cultural aspect that says the recreational marijuana is just fine because now we're talking to our children," she said. "And even though it is not legal for our children, it's obviously being marketed already. Why else would we make it into gummy bears and cookies?"

Bradley has supported cannabis use for a long time at the state level. While he isn't for recreational use, he would like to see it decriminalized, earning him an A- from NORML.

Wiles is another question mark for NORML, but, as a former employee at the Drug Enforcement Administration, Wilessees the benefits of medical cannabis. She said people shouldn't go to jail for small amounts of cannabis, but if there's an attempt to distribute (illegally), jail may be an appropriate punishment.

In the state House of Representatives, Democratic candidate Domingo DeGrazia is running alongside fellow Dem Rep. Kirsten Engel in an effort to knock out Rep. Todd Clodfelter, a Republican who first won office in 2016.

DeGrazia supports the medical program and decriminalization for their social benefit. He still wants to see higher penalties for black market dealers, but doesn't think people should be punished for individual use. He also said patients shouldn't be taxed out of access to canabis for medication.

Clodfelter submitted multiple bills last session for cannabis reform, including a largely ignored bill for legalization. NORML gave him an A-.

Engel has worked with Hannley on several reform bills. Her support for legalization turns up a B from NORML.

In the LD11 Senate, Rep. Vince Leach will run against Democratic opponent Ralph Atchue, who ran unsuccessfully in 2016 for the same seat.

Leach has gone above and beyond to shoot down cannabis legislation in his role as a representative. NORML very deservedly gives him an F. He probably deserves two.

NORML gave Atchue a B without much explanation. Atchue said he'll support any ballot initiative voters propose to legalize recreational cannabis and supports decriminalization. However, for bills originating in legislature, he said he'd take cues from the feds.

NORML gives Lyon a B for supporting sentencing reform. She's in favor of medical cannabis and isn't against recreational cannabis, but doesn't like the idea of another mind-altering substance in society.

She thinks cannabis is used as an excuse to incarcerate people and pack prisons and that jail should only be a possibility for those looking to deal in the black market.

Finchem, who has had plenty of history in the House of Represenantatives, got a D for opposing even medical use.

NORML doesn't have any info on Quiroz or Roberts, and neither returned phone calls for comment.

The 2019 legislative session will be critical for Arizona's medical program as several groups work on reforms for the industry to address issues such as testing and concentrates. Having supportive candidates will not only make the process easier but will result in better bills.