U.S. Rep. Grijalva: 'Trump Administration Must Undertake Every Effort To Reunite the Families They So Willingly Destroyed' 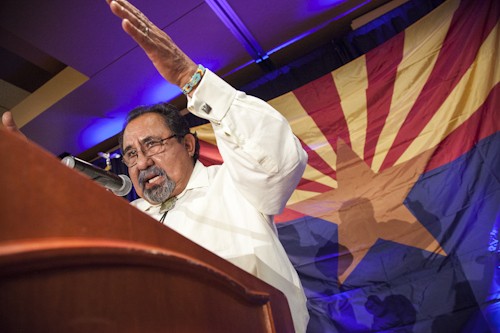 Lawyers were unable to track down the parents of 545 children removed from their families through the Trump administration’s family separation policy, according to a news release from Rep. Raúl Grijalva’s office.

When former Attorney General Jeff Session announced the administration’s “zero-tolerance policy” in April 2018, migrant children were separated from their parents instead of held with them in detention centers.

When the American Civil Liberties Union (ACLU) filed a class-action lawsuit against the Trump administration, a federal court order halted the separate detention of children and their parents in June 2018 and ordered the government to reunite children with their families.

According to Grijalva’s news release, lawyers from the ACLU and other pro-bono law firms haven’t been able to find parents separated from 545 children at the border.

“The Trump Administration must undertake every effort to reunite the families they so willingly destroyed, and every official complicit in this tragedy must face consequences for their actions. Human rights abuses should never be the foundations of government policy.”