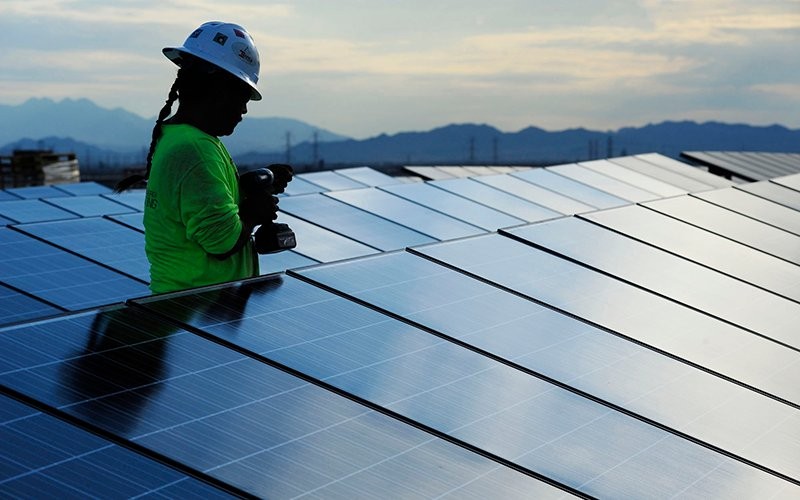 WASHINGTON – Local officials pushed back this week against a new report that showed three Arizona cities slipping in a national ranking on clean-energy policies, saying the report does not appear to reflect their clean- and renewable-energy efforts.

The 2020 City Clean Energy Scorecard, released last week by the American Council for an Energy-Efficient Economy, scores the 100 largest cities in the country in five categories ranging from local government to energy and water utilities.

Phoenix finished 19th in the ranking, while Tucson was 68th and Mesa was 76th – all three slightly lower rankings than the cities got on 2019’s scorecard.

“While our cities are making important commitments towards reducing air pollution, conserving water, and making their cities more walkable and livable, I was surprised to see the drop in Phoenix, Mesa, and Tucson’s overall scores,” she said in an email.

She pointed to energy-efficiency programs run by various electric companies throughout the state that have been proven to reduce carbon dioxide emissions.

Myriam Cruz, the communications director for Tucson Mayor Regina Romero, said in a statement last week that “it appears some sections are outdated… which might have impacted Tucson’s score.” That was echoed by sustainability officials in both Phoenix and Mesa, who were quick to mention what they called outdated data as an explanation for the low scores.

But the director of ACEEE’s local policy program said its first step for getting data is to ask cities and utilities to provide it – and not everyone in Arizona did that. In that case, ACEEE pulls the needed data together as best it can.

But Scott Bouchie, Mesa’s deputy director of environmental management and sustainability, said it can be a challenge “filling out all of these surveys and what folks are putting out … versus getting work done sometimes.”

He thinks the report only shows a fraction of Mesa’s sustainability efforts, pointing to a partnership with SRP on a solar energy project that will increase the city’s renewable energy portfolio. The city is also in the design process of a project that would take waste methane gas produced in its sewage system, which is currently burned off, and convert it to pipeline-quality gas that could be used to fuel trucks.

Cruz said the report does not include Tucson’s Climate Emergency Declaration approved in September, that “sets a long-term goal for city operations to become carbon-neutral by 2030.”

Phoenix Chief Sustainability Officer Mark Hartman said that the transportation portion of the report does not reflect efforts to expand the light rail, something that should take cars off the highways and cut emissions.

“We’re the only major city in the U.S. that’s upgrading and adding light rail … and adding sort of major metro transit, we’re the only ones that are increasing the size of rapid buses,” he said. “So we’re really expanding our transportation system.”

While he would like to have seen the city moving up in the ranks, Harman said being in the top 20 and only dropping two places, from 17 to 19, “actually shows a good consistency and ranking.”

“I think the top 20 cities, I know every one of those cities that are taking action, and they all have some really bold and aggressive and great things that they’re doing,” Hartman said.

Hartman suggested that part of the reason the Arizona cities dropped – Tucson went from 52nd to 68th and Mesa from 66th to 76th – could be the fact that the report expanded from 75 cities last year to 100 this year.

But Ribeiro said ACEEE accounted for that by “only comparing cities against those that were in the report last time to sort of eliminate that potential effect.”

Still, Hartman said he sees the report as a positive for Phoenix, which aims to become a carbon-neutral city by 2060, as well as for cities across the country and their efforts at boosting sustainable energy.

“I think it’s good overall,” he said. “It’s good to be in the top 20. I mean, there’s a lot of aggressive cities, and I think it’s inspiring to see what many of the cities are doing and it’s nice to be in the company of them.”