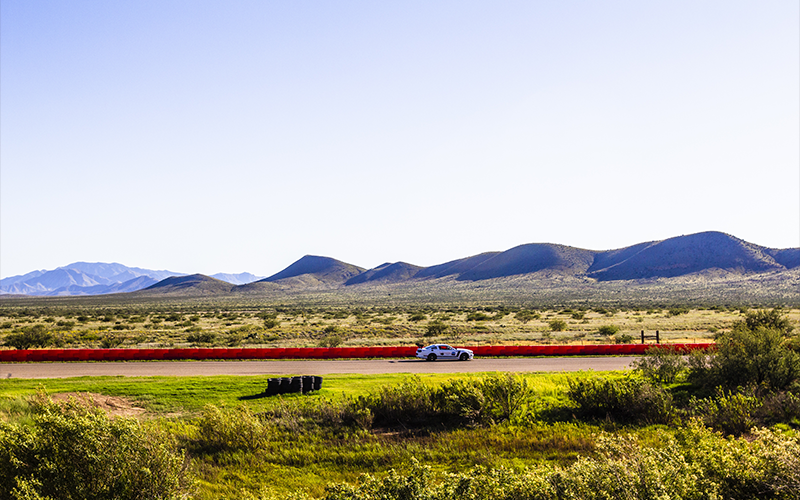 PHOENIX – Inde Motorsports Ranch has been a staple among motorsports enthusiasts across North America for a decade.

The 2.75-mile road course sits in Willcox, a community of 3,500 about 80 miles of Tucson. It grants its 200-plus members exclusive access to private garages, trackside casitas and 40 different track configurations, while boasting one of the greatest scenic backdrops in Arizona.

The racing country club serves as an escape for people across the United States, ranging from doctors, dentists and everyone in between looking to test their skills or relieve the stresses of everyday life. Initiation fees range from $25,000 to $75,000 as the facility delivers an intimate and exclusive feel to the premier motorsports experience – which the club says is about to get even better.

As it celebrates its 10th anniversary, it is receiving a major facelift in the form of a complete track resurfacing, among other additions, promising an enhanced experience for everyone.

Purchased in 2008 by track president CJ Dorland and his father, Graham, the duo transformed a working cattle ranch owned by dealership titan Tex Earnhardt into one of the most desirable destinations in motorsports.

Inde’s chief racing instructor Nick Auito said even the longtime members will have to learn the track all over again following the resurfacing.

“There’s going to be a large curve and a big change,” Auito said. “Literally the exact same track that they’re used to running is going to look and feel completely different. I can’t stress that enough.”

Auito added that he is “going to have to go out and re-learn the track and make new notes, make changes to the way we approach that racing surface and then hopefully take that back to my members before there’s a chance they get in trouble or just give them that opportunity to be faster.”

Members will do it all in a picturesque setting. Nine of the state’s 10 tallest mountains are within 70 miles of Willcox, a city that was the setting for several movies, including the 1993 film “Red Rock West” starring Nicholas Cage.

While the resurfacing is sure to provide members with insurmountable thrills, it’s not the only surprise the track has in store for the Ranch’s decade milestone.

Ten fully customizable garage pads are being installed on the north side of the track with 5,000-square-feet of space, including a second floor to accommodate overnight stays. With four already purchased and 10 pre-existing garages having been occupied for the last six years, they’re expected to sell fast.

A five-acre skid pad has since been converted into a half-mile go-karting track. Dorland saw this as an opportunity to instill excitement into existing member’s next generation of racers, while also providing members with another avenue for entertainment while the main course is occupied.

The track president makes it a point to establish relationships with each member of the private facility, he said, and understands that Inde Motorsports Ranch serves as an escape from life’s daily challenges. His goal is to provide his “extended family” with an optimal experience that will strengthen the special bonds formed between the staff and members.

“It’s called the motorsports ranch oasis, and it truly is that,” Mark Laniak, a member for five years, said. “(Being a member at the ranch) is like an entire bowl of Lucky Charms marshmallows without the bland cereal. The staff is amazing. Every time I’ve brought a guest out there, they’ve treated them like royalty.”

Laniak, a New York native and motorcycle member, spent multiple months out at the ranch when the COVID-19 shutdowns began. The extended stay also gave him an extra push to buy his first car to try out on the resurfaced track.

“I feel incredibly blessed that when the rest of the world was going through what it was, that I was able to spend those three months at the ranch safely,” Laniak said. “Out there it’s more than just the track; it’s the facilities, it’s the ability to hike up the top of the hill and look over the track and have one of the most amazing views in Arizona.”

Dorland and ranch staff are planning a gathering in late October to celebrate the resurfacing and the track’s 10th anniversary.