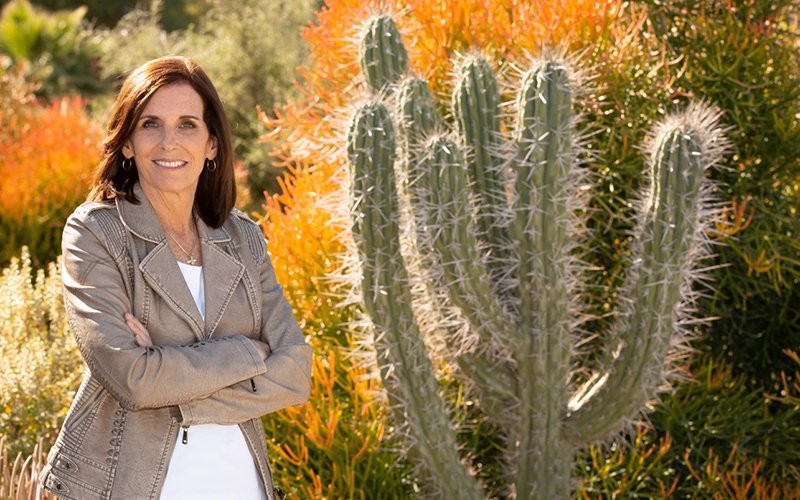 With the election just days away, Cronkite News is profiling candidates who will be on the Nov. 3 ballot. Read Mark Kelly's interview here.

How would you rate Arizona’s response to the COVID-19 pandemic, and why?

“We’ve not dealt with something like this in an entire century,” McSally said. “We pray we won’t have to for another century.”

She praised the government’s urgency in reacting to the pandemic.

“My approach in the CARES Act was to get relief out there as quickly as possible to frontline health care heroes,” McSally said, “to get them everything they needed: PPE (personal protective equipment) and investments and treatments and cures and vaccines.”

If elected, what steps would you take to mitigate the impact of this disease?

McSally emphasized continued efforts to alleviate the economic consequences of the coronavirus. She lauded the pre-pandemic economy and its low unemployment rates.

“We can get back there again,” McSally said.

McSally advocated for a “great American comeback” through tax cuts, deregulation and restoring jobs to the U.S. from China.

Are you concerned about the security of our election?

Arizona has developed a reliable system for mail-in voting, she said, but she expressed concern about other states’ preparedness. In New York’s August primary, she said, “one in five (mail-in) ballots was actually thrown out.”

She noted that she has voted for federal funding to bolster the cybersecurity of voting systems.

“There are foreign actors out there, certainly we’ve seen, who have tried to get access to voter databases,” McSally said.

The senator encouraged absentee voters to track their ballots to be sure they get counted.

How could race relations be improved in Arizona?

“We should all be able to unite behind the murder of George Floyd,” she said, adding that she supports Americans’ rights “to peacefully protest and have their voices heard.”

However, incidents of police violence should be handled on an individual basis, she said.

McSally compared the police’s situation to cases she encountered while a pilot in the Air Force: “99.9 percent of the people serve there honorably. Every once in a while, somebody does something awful and commits a crime. … But we don’t vilify the military, we don’t say ‘Defund the military,’ we don’t attack the military.”

McSally endorsed greater resources for local police training and lamented the defeat of a “thoughtful” bill from Sen. Tim Scott, R-S.C., that would have limited federal funding for police departments that continue to use chokeholds and other controversial techniques.

What is the greatest issue Arizona residents face, and how would you address it?

McSally again stressed the importance of economic recovery fueled by tax cuts and said she had lowered Arizonans’ taxes by “$2,000 per middle-class family,” likely referencing the child tax credit that she championed.

McSally also reiterated her goals of fewer regulations and more jobs brought back from China.

What other issues are important to you and your campaign?

McSally highlighted several topics under the umbrella of “safety and security.” First, she described her adversarial relationship with China – she supports “holding China accountable for the coronavirus” that causes COVID-19 – and contrasted it with her opponent Mark Kelly.

“The Chinese government’s actually named me, threatening me, because I’ve been standing up so strong to them,” McSally said. “And my opponent, in the meantime, has done business with them.”

(In June, Kelly’s campaign responded, stating that Kelly is no longer invested in funds that invest in Chinese companies and that McSally also invested in China-focused mutual funds.)

In contrast to the Democrats’ goal of what she called “decriminalizing illegal activity across the border,” McSally also reiterated her support for President Donald Trump’s southern border wall. She said a strong Border Patrol curtails “the flow of deadly drugs and illegal traffic through our communities.”

What in your past work, political or volunteer experience makes you a better choice to hold this office?

The senator cited her 26 years in the Air Force. She said her time in combat, piloting the A-10 “Warthog,” prepared her for “a different combat zone in Washington, D.C.”

McSally also trumpeted her legislative accomplishments. During her first year in the Senate, she said, she tied with Sen. Chuck Grassley, R-Iowa, for the most bills signed into law with seven. Those bills involved topics such as land exchanges, an authorization for the Colorado River Drought Contingency Plan and accelerated payments for small businesses. She also joined bipartisan efforts, she said, and recently spearheaded an expansion of veterans’ treatment courts.

What is a personal challenge you feel you need to overcome?

McSally was 12 when her father died, motivating her to “carry on his legacy where he lived the American dream through hard work and service in the military.”

She also mentioned she survived sexual abuse in the military, which she said “almost crushed” her. In 2019, she revealed that she endured multiple sexual assaults while in uniform and was raped by a superior.

She said that the experience propelled her to pursue public service on behalf of “Arizonans out there who feel like they don’t have a voice.”

Please share a quote or advice that you live by

A quotation from Theodore Roosevelt about “the man in the arena,” which stresses the importance of getting involved – win or lose – adorns McSally’s refrigerator. She’s had the same “yellowed cutout” of the quote since she was a cadet, she said.

The senator also referenced a Bible verse from Esther 4:14 about being “put in this position ‘for such a time as this,’” which she said spurs her to act when faced with challenging decisions.

McSally also commented on the travails of 2020, including her brother’s death in July, and called for unity and resolve.

“We are in this position ‘for such a time as this,’” McSally said, “to come back stronger together and more unified and more prosperous and more safe and secure than we were before.”