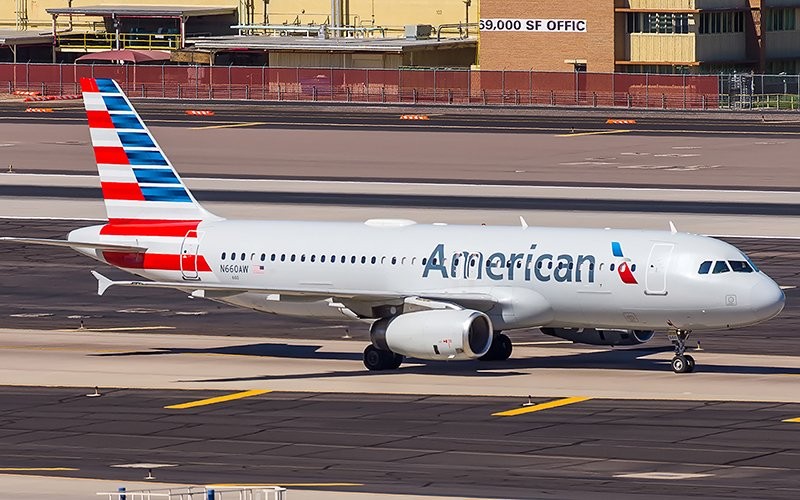 WASHINGTON – American Airlines’ announcement that it could let go up to 19,000 workers on Oct. 1 has left the airline’s roughly 10,000 employees in Arizona worried, but hopeful the state can avoid the worst of the cuts.

The airline has not specified which regions of the country will see the cuts – which American executives said would not be needed if the federal government passes a new round of relief funding.

That has one local union “blasting out all over Facebook” to get members to press their representatives for a deal.

“I think some think that a second stimulus will come,” said Pat Rezler, assistant general chairman of the International Association of Machinists and Aerospace Workers, 141st District. “But some are hesitant on believing that.

It is unclear how many jobs, if any, American will cut at the airline’s hub in Phoenix Sky Harbor International Airport. An airline spokesperson said a regional breakdown of the job cuts is not yet available.

In a letter to employees last week, American Chairman and CEO Doug Parker and President Robert Isom announced plans to either furlough or permanently lay off 19,000 U.S. employees on Oct. 1 if Congress fails to pass a new round of stimulus to support the airline industry.

A company spokesman said 17,500 of those reductions would be furloughs, and 1,500 would “involuntary separations on the management side.”

When Congress passed the $2 trillion Coronavirus Aid, Relief and Economic Security Act earlier this year, it included $25 billion to help passenger airlines under the Payroll Support Program, a part of the CARES Act that is set to expire Sept. 30.

“When it (the CARES Act) was enacted in March, it was assumed that by Sept. 30, the virus would be under control and demand for air travel would have returned,” Parker and Isom said in the letter. “That is obviously not the case.”

A spokesman for the Allied Pilots Association used an aviation metaphor to explain the need for more aid. Dennis Tajer said the initial stimulus “was like holding fuel,” that pilots use to stay aloft while waiting for a place to land.

“There was a storm over the field that popped up without notice, and instead of diverting to another field, we got six months of holding fuel,” Tajer said. “That holding fuel will be expiring.”

American has filed WARN Act notices in some other states where the airline has hubs, including Illinois, New York, California, and North Carolina. The Worker Adjustment and Retraining Notification Act requires that employers provide at least a 60-day notice when large-scale layoffs are pending.

No such notice appears in Arizona’s WARN Act database – but the last entry there is from July 21, and American would have had until July 31 to file notice with the state. When asked Monday if American had filed a notice, the Arizona Department of Economic Security said it would respond to a public records request for any documentation.

At the beginning of this year, American had more than 8,600 employees at its Phoenix hub and about 1,400 elsewhere in the state, an airline official said. That number is likely smaller now, as the announcement of involuntary cuts was preceded by more than 12,500 voluntary departures nationwide, the company’s letter said.

Rezler said about 130 of the estimated 1,075 fleet service workers his union represents in Phoenix opted for early retirement or other voluntary leave packages. He expressed some optimism that those voluntary departures would be enough to stave off further cuts among his members in Phoenix.

“If you have enough that took the early outs or the leaves, then your work group will possibly be saved,” he said.

Even if Phoenix is not targeted, however, Rezler worries some workers there might be displaced by workers with more seniority who are laid off elsewhere – a practice called “bumping in.”

“That is my main concern here as I think we escape the initial cuts,” Rezler said.

If Congress can reach a deal on extending the PSP, such concerns will be moot, at least for now. His union has been doing its part to make such a deal happen, he said.

“We’ve had members reach out to their representatives. We’ve been blasting out all over Facebook and telling people, ‘Hey, take the time to send it in,'” he said. Rezler said he is at least “somewhat optimistic” their efforts will bear fruit.

“The Democrats seem to be for it. The Republicans, I’ve heard some are for it,” he said.

Fred Yamashita, executive director of the Arizona AFL-CIO, was less hopeful, saying the Senate “has just refused to hear any of these (aid) bills coming out of the House.”

Tajer said he thinks Congress wants to get a deal done, but noted – again, using a flying metaphor – that that’s different than actually getting it done.

“So we’re very pleased to see that,” he said. “But now we need to do more than just talk about flying the airplane. We need to actually have it cleared for takeoff.”