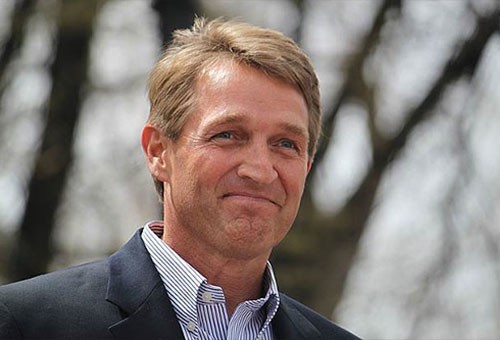 
"It is because of my conservatism, and because of my belief in the Constitution and the separation of power, and because I am gravely concerned about the conduct and behavior of our current president, that I stand here today, proudly and wholeheartedly, to endorse Joe Biden as the next president of the United States of America," Flake said.


Flake has been a longtime vocal critic of Trump, decrying his moral ambiguity and childish behavior in an op-ed in 2017.

"These former members of Congress cited Trump's corruption, destruction of democracy, blatant disregard for moral decency, and urgent need to get the country back on course as a reason why they support Biden," the Biden campaign said in an announcement.


Flake summarized his decision with this: "After the turmoil of the past four years, we need a president who unifies rather than divides."

2020: The Year From Hell Politics
Prev
Next