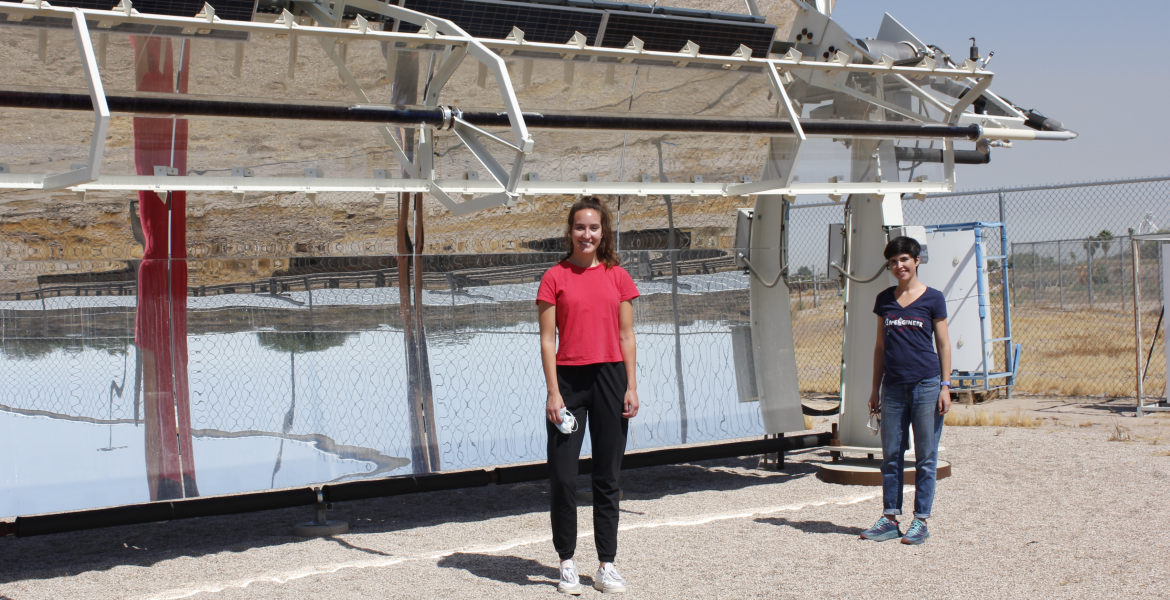 A team of University of Arizona scientists is developing a solar-powered desalination system that uses less energy and could provide more water for arid regions like Arizona. Funded by a $500,000 grant from the Department of Energy, the system recovers water from the “concentrated waste streams” formed from other types of desalination like reverse osmosis. When reverse osmosis occurs, 20 to 50 percent of the water that enters the system remains as a concentrated waste stream. This new solar-powered desalination system also uses photovoltaics and membrane distillation to capture water as efficiently as possible.


"The benefit of using both CSP (concentrated solar power) and PV (photovoltaics) is that we can double the energy efficiency compared to existing thermal desalination systems that just use PV or CSP," said Kerri Hickenbottom, assistant professor of chemical and environmental engineering and principal investigator for the project. "This off-grid system will use renewable energy resources to transform the way we manage high-salinity concentrate typically considered as waste streams."


The team is conducting their research at the UA Optical Sciences Center’s solar testbed. The system employs membrane distillation, which creates a temperature gradient to separate contaminants. The photovoltaics, which is the technology used in solar panels, convert the sun's light directly into electricity using semiconductor material. This means the system can serve off-grid areas, such as Native American reservations.


"You lose efficiency when you go from one form of energy to another, so using the solar energy to generate electricity and to heat the water directly is how we plan to be about twice as efficient as existing systems," Hickenbottom said.


The researchers have submitted their technology for the American-Made Challenges Solar Desalination Prize, sponsored by the U.S. Department of Energy. The four-phase competition, which offers more than $9 million in prizes, is designed to advance the development of solar-driven thermal desalination technologies. As part of the challenge, the team created a 90-second video about the project.