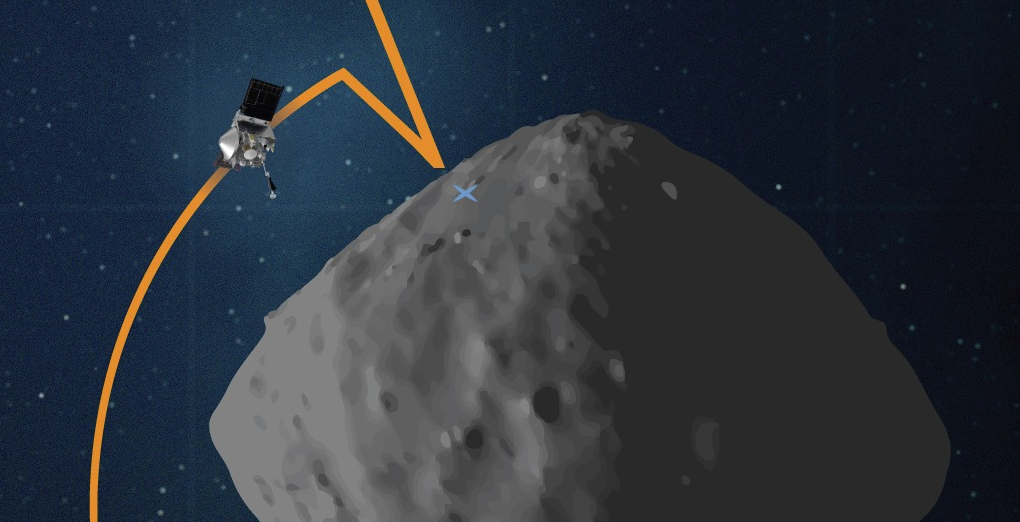 On Tuesday, Aug. 11 at 11:30 a.m. Arizona time, NASA's OSIRIS-REx spacecraft will begin its final sample retrieval rehearsal on the asteroid Bennu, currently some 170 million miles from Earth. This four-hour rehearsal is in preparation for the spacecraft's attempt at collecting dust and rocks from the surface of the asteroid in October. If successful, OSIRIS-REx will be the first American spacecraft to bring samples of an asteroid back to Earth.

This final rehearsal involves the spacecraft testing its sampling acquisition system, collecting data from the asteroid's surface, and using its thrusters as it orbits the rock.

OSIRIS-REx will not land on Bennu's surface to capture its sample. Instead, it will use the Touch-And-Go Sample Acquisition Mechanism to shoot a jet of nitrogen, dislodging particles from the asteroid. The spacecraft is expected to be able to capture upwards of 60 grams worth of carbonaceous dust and rock ejected from Bennu's surface.
The mission has been a center of attention here in Tucson, as its principal investigator is Dante Lauretta, a professor of planetary science and cosmochemistry at the University of Arizona's Lunar and Planetary Laboratory. Multiple other researchers from UA are also involved with the mission.

The OSIRIS-REx spacecraft launched from the Earth in September 2016 and is planned to return in 2023. The spacecraft, part of a NASA program, will collect rocks and dust from the surface of Bennu in order to better understand "the initial stages of planet formation and the source of organic compounds available for the origin of life." Since arriving at Bennu in December 2018, OSIRIS-Rex has mapped the asteroid's rocky and carbon-rich surface.
Prior to sample collection, researchers have already learned a lot about Bennu, including that it is one of the darkest objects in the solar system, it is packed with more than 200 boulders larger than 33 feet in diameter, and hydrated minerals on its surface indicate it encountered water at some point in its past.