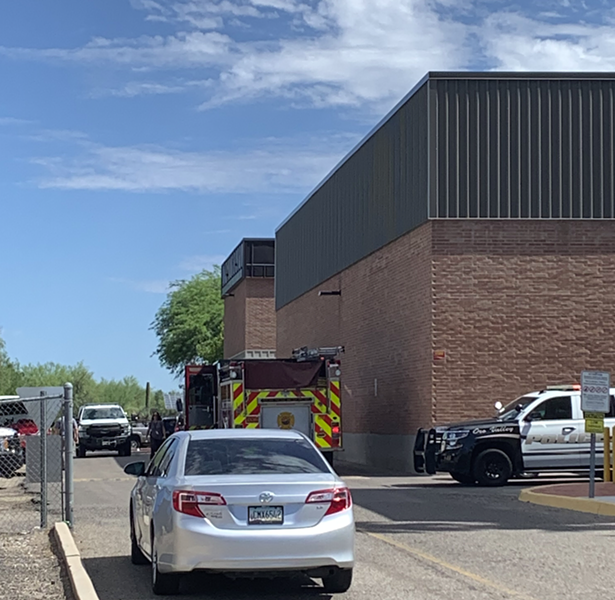 An accidental shooting at Canyon Del Oro High School has left one man dead and placed the school on lockdown while Oro Valley Police conduct an investigation into how the shooting occurred on Monday, July 27.


No students were in that area of CDO’s campus where the shooting took place, but a handful of school employees were on site, according to Oro Valley Police Sgt. Amy Graham.


A worker for Progressive Roofing—a company contracted to repair the school’s aging roof—accidentally shot himself with his own handgun while performing roof repairs and then fell from the roof to the ground on Monday morning, Graham said.


The name of the deceased has not been released at this time.


“The gentleman had the gun with him and somehow he accidentally discharged the gun,” Graham said. “The other employees could see him with it and separately he fell to the ground.”


The man died after paramedics performed CPR for over 30 minutes, said Graham. While details are minimal, investigators believe the shooting was accidental, but are interviewing the employee’s co-workers to determine why the man brought a gun to his job. Graham estimates the school will reopen by Monday evening.


"Because (paramedics) took half an hour to CPR and we just recently found the gun and casings, everything is there to show us it was accidental,” Graham said. “Now that we’ve secured the weapon and now know what happened, it will stay a crime scene until we work it and interview everybody.”