Noelani Betters, a 15-year-old Tucsonan, organized two Black Lives Matter protests in Tucson for Saturday, July 4, 2020. Betters led the first protest that started at Tucson City Hall that grew to roughly around 60 protesters of mostly young people, as they marched to the University of Arizona campus, before meeting up with a second and much larger group at Catalina Park, located on 941 North 4thAvenue.


Betters, armed with a megaphone, was surrounded hundreds of protesters she’s met at other Black Lives Matter protests since the beginning of June. Chanting “No Justice, No Peace” and other more pointed messages, the first group marched toward Catalina Park, encouraged by honking cars, and members of the public that cheered them on from businesses and surrounding apartments, including high-rises at the UArizona. Flanked by a sizable police escort led by Sergeant Mitch Vipond from the Tucson Police Department’s community networking team, the protest continued to grow bigger and louder before they wound through Downtown Tucson into the early evening on Saturday.


“I want equality. This is supposed to be Independence Day, but no one is independent,” Betters said. “There are people in cages, Indigenous women are disappearing, people are getting sprayed with deadly chemicals (by the police).”


One of the other young people who took the front of the line for Saturday’s protest was Isabelle Mundo, 19. Mundo, a University of Arizona student, said she has been protesting since the beginning of June when protests erupted across the country after footage of George Floyd’s murder at the hands of former and disgraced Minneapolis police officer Derek Chauvin went viral on social media.


“We live in a diverse community and we need to support all of those who are oppressed by White Supremacy,” Mundo said. She, who is originally from Northern Arizona, said she has always been active online with social causes, but has wanted to become more active in person. Attending the university has given her the opportunity to become more involved and active within the community.


One of the protesters that joined at Catalina Park was retired air force airman Robert Williams, 47.


The protest grew even larger as it wound around Downtown Tucson, after merging with a third group that was protesting to draw attention to the brutal killing of Fort Hood Private First-Class Officer Vanessa Guillen. The protest worked its way back to Catalina Park where the leaders thanked the many attendees with fireworks exploding overhead in the distance. 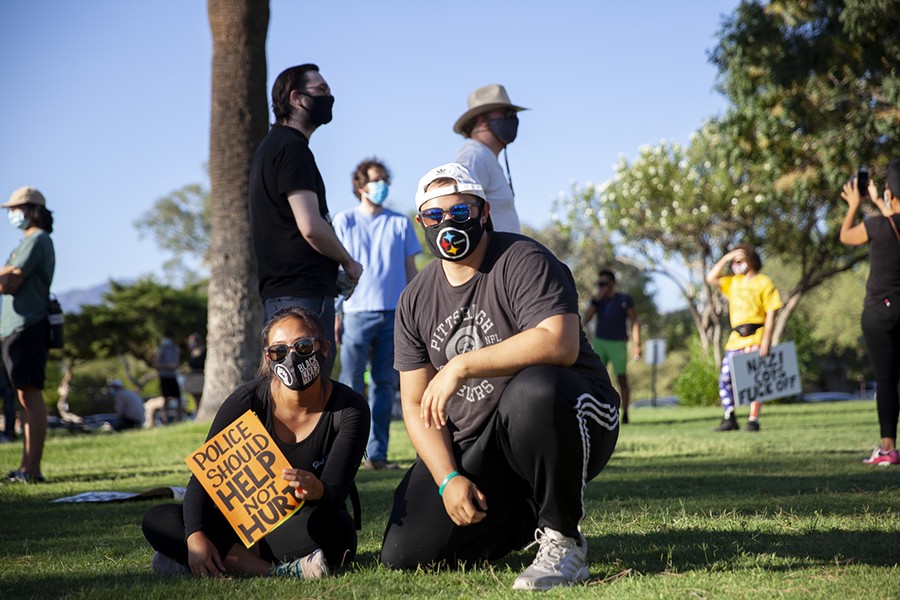 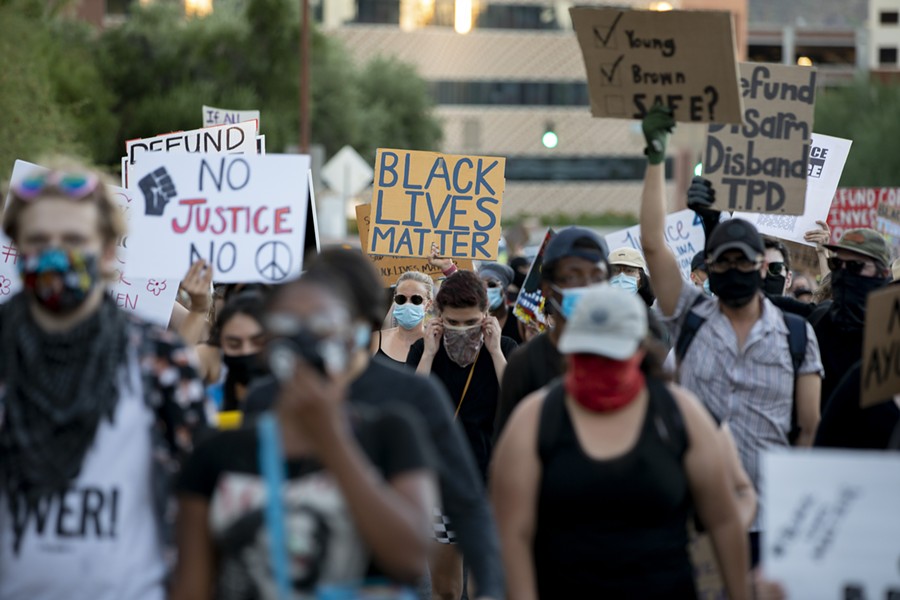