If I told you that Chris Millar has occupied a drum seat behind one of punk rock’s originating groups, many basic rock fans and current “alt or punk” millennials would have no clue who I am talking about.

And, yet, Rat Scabies, as he has been known for the past 43 years, was one of the U.K. punk pioneers that made punk, well punk. And for years he endured band break-ups, reunions, label and lineup shifts. You’ll recall The Damned are one of the U.K.'s top punk-rock three, alongside The Clash and Sex Pistols.

Scabies, who turns 65 (!) in July is not slowing down. In fact, he is maybe more active than in his early days. His latest, a superduo called The Sinclairs, is Scabies and the formable Jesse Budd (known also as Billy Shinbone), frontman of veteran psychedelic-folk group Flipron. They transformed a few jam sessions into a surf music lover’s dream, a 10-song rumble-seat ride called Sparkle (Cleopatra Records). The album, released in May, is described in their official press release as “Easy Listening made difficult.” The description is apt.

From the opening Ventures-esque “La Venta,” and the mesmerizing Santo & Johnny-like “Sleep Walk,” to the ’60s alien soundtrack-styled “Dodgems and Twin Peak-psych echoes of “Lipstick Rumble,” Scabies and Shinbone stretch their chops and make one hip and entertaining road-trip album.

Scabies has stayed super-active since his 1995 exit from The Damned. A list of impressive collaborations includes Chris Constantinou and the Mutants, and he has a new band with Constantinou called One Thousand Motels. Other bands include The Gin Goblins, Professor and the Madmen (with Alfie Agnew and Sean Elliot of Di and former Damned bass player Paul Gray). He has also played with a varied and stellar cast including Robert Fripp, Donovan, Joe Strummer, Jimmy Page and Eagles of Death Metal.

In 2018, Scabies released his debut solo album, P.H.D. (Prison, Hospital, Debt), a mostly instrumental affair that included a trio of Shinbone-sung tunes. Beyond the enduring power of Scabies’ drumming and wide spectrum of genres, the album totals more than the sum of its parts. Scabies played every instrument on the album.

But it is truly with The Damned and that original pop-anarchic lineup of Scabies, Captain Sensible, David Vanian and Brian James that launched Scabies’ life. Like any truly great rock’n’ roll band (Stooges, Dolls, MC5), they were revered and reviled. The drugs and booze, the urinating at will, the calling out of tired old rock dinosaurs, and so on. The Damned lit the flames with unadulterated chaos, sing-song revelry and reckless abandon. More importantly, they could flat outplay any band, anywhere. Scabies’ Keith Moon, drug-induced rock-star tomfoolery reared, all the way from the drumstool of his burning kit at live shows. But the musicianship stood tall, and Scabies kept a mean and versatile beat.

Scabies exit from the Damned came after a miscommunication of distribution rights of the band’s 1995 album Not of This Earth.

Recently Tucson Weekly caught up with Rat Scabies by phone as he was hunkered down in his West London home in Brentford. He talked in a self-deprecating way about the divisiveness of the COVID-19 Virus, his recent surf-rich release with The Sinclairs, memories of The Damned and Joey Ramone, the influence of his dad, cigar-box guitars and many pints at Phoenix, Arizona pub George & Dragon.

Tucson Weekly: How are you and your family weathering the virus?

Rat Scabies: I find the whole thing incredibly unique actually, and also divisive because on the one hand I absolutely feel for the people, their losses, the sickness that’s going around. But at the same time, I look at the panic knee-jerk reactions of governments. I am wondering how they are handling it.

The other thing is, I quite enjoy a lot of it. I’m liking the clean air, the lack of noise, the lack of cars, and the lack of people. The pubs are open, so I really don’t mind it too much. It’s very ecological at the moment, isn’t it?

How much of a surprise is it that you are still talking about living in an ongoing musical journey?

When I was at the age of … I didn’t think of banging on a drum and getting paid for it. Is was the wildest pipe dream I could have had. I fully expected to be in an orchestra pit playing in some musical; something like that. Because that thing of actually joining a group and doing well and putting records out, you don’t really believe that’s going to happen until it does.

Then when it did happen, it was like whoa this is probably going to last six months, and then I will be back working in an office somewhere. So, it never stopped, and I have been real lucky. 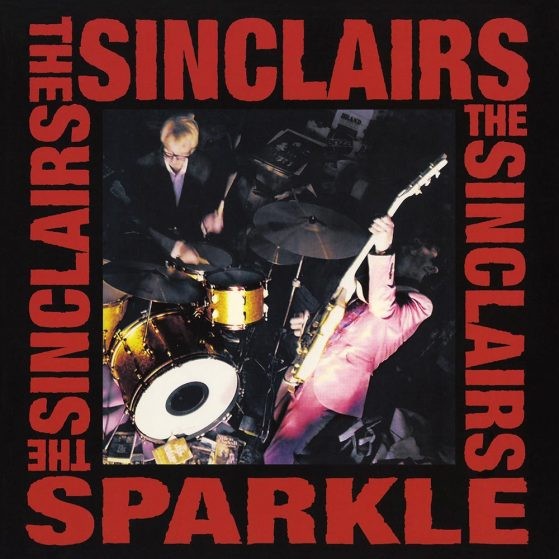 Many are calling it a supergroup, but with just you and Billy Shinbone, it’s more of a superduo. Previously you only ever worked with Billy on the production side with Flipron. What was the goal with The Sinclairs?

Jesse just had this idea, because he was a big Damned fan — and I didn’t find that out until quite recently. If I had known that before, I probably wouldn’t have lasted as long with him. He was just “I’ll sing this, and you play drums, and I’ve just got this idea about doing some surfing guitar with you thrashing away.”

And we kind of went into the studio and it sounded like a couple of blokes who could play a bit. We left it for a couple of months, and Jesse turned up at my house with a set of old bass pedals, a 30-quid synthesizer.

Suddenly there’s penny whistle and theremins and all sort of weird stuff coming out of the cupboards. And so, it became a much more interesting record. What it did was strengthen all of the melodies. It’s very difficult to categorize.

Did you ever think of this sort of Ventures meets Twin Peaks feel, to make it a soundtrack for a movie?

Funny enough you should say that, we’ve got an invitation, and we’re working on it. I don’t want to sour it but what the idea is they run movies with us playing the soundtrack live in the cinema just like in the good old days. So, that’s an idea we are talking about and I find quite exciting.

You mentioned in a story about Jess, “he’s got very good empathy when playing with me and not many people can do that.” Can you expound?

My timing’s really bad, ’cause a lot of things I do, just bad, your drummer things — speed it up when doing drum fills and slowing it down with chord changes — not everybody has an empathy for that. Jesse is kind of very good at understanding where I’m going to go next.

When you left The Damned after two decades, how ready were you for a next phase of your career?

So, when I came out [of the Damned], I had mapped out a couple of things I wanted to do. I set up a recording studio; ’cause that’s always been one of my passions; that thing for sound and try to understand how it’s done. And, that’s coincidentally how I managed to meet Jesse; he came in begging for studio time. He turned up and said, “I have 100 pounds, how much time can I have?” And two years later we were still working together.

What is your most cherished moment with The Damned?

Doing the Milton Keynes Amnesty International Festival of Youth [June 1988]. It was a great bill; I mean it was really good. I remember Big Audio Dynamite and Joey Ramone being there. I just remember looking at the back of Joey Ramone; you know that classic posture of his with the lights and silhouette. And there’s thousand bonfires going on beyond that. It was like “Fuck, there’s much worse jobs to have than this one.”

Your dad, John Millar, was a major influence on your life. What lessons stuck with you?

Massive influence. Things like never trusting the police. There’s always opposing views no matter what’s being said. There’s really no definition of what’s right and what’s wrong. I learned that politicians should never ever be trusted. And, it’s only yourself that can get you through and get you to what you do want to be.

Your whole fascination with the Holy Grail led you to 2005 semi-odyssey journal Rat Scabies and The Holy Grail with music writer and Christopher Dawes. This was an inspiration from your dad? All the conspiracies and folklore of buried treasures beneath the Rennes-le-Château in France and priest Bérenger Saunière’s unknown wealth, right?

He was (the president of the Saunière Society) but he was also many other things. He was probably one of the best-read people on the planet. He had a photographic memory. He could quote chapter and verse from the Bible.

What do you want to pass on to your own three offspring?

You know it’s funny, I’ve got three kids, they’re all grown up and I made sure that they knew how to play the drums and how to count three different ways, ’cause it was the only thing I could be 100-percent certain of. If they ever have to tell people who their father is, they are expected to be able to play at least one beat.

The real thing I always wanted to teach them was how not to get mugged when they’re walking down the street, and if they ever need to skin a rabbit, they’ve been able to.

And speaking of things passed on, what of your other hobby, re-purposing cigar boxes into guitars?

Here’s the weird thing, one of my kids came home with a cigar box, and said, “I got this for you to stash your weed in.” And I have bits and pieces lying around, and I made a guitar. It was incredibly cathartic because I had never ever done anything like that before. So now I am up to 103 (made).

You are no stranger to Arizona, having produced an album by long-time Phoenix punk band Glass Heroes, and I hear you even bought boots in Tucson. What calls you back occasionally to our sunny desert state?

I made some great friends there.  Did you ever do the George & Dragon? You should check it out. There’s a great pint in there it's quite lively. I got to say I love that desert weather, man. When storms come up and just see that lightning that just spreads through a thousand miles.