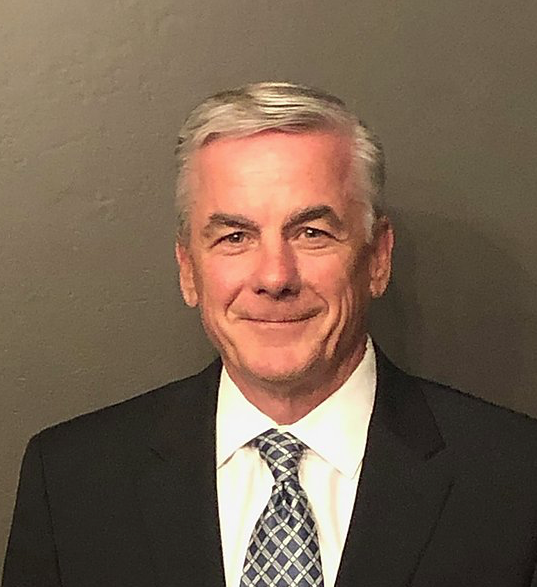 As the top spot for the Pima County Attorney’s Office opens up this August for the first time in nearly a quarter of a century with the retirement of Pima County Attorney Barbara LaWall, candidate Mark Diebolt believes his 23-year record as a deputy county attorney speaks for itself.

Diebolt, who is facing fellow Pima County Deputy County Attorney Jonathan Mosher and defense attorney Laura Conover in the Aug. 4 Democratic primary, has over 320 felony jury trials—including 50 homicide cases—under his belt since beginning his career with the county attorney’s office in 1997. Due process, fairness and accountability is his creed as a prosecutor, he said.

“I’m probably one of the most prolific violent crimes prosecutors in Arizona,” Diebolt said. “That’s what I’ve been trying to do, is hold people accountable for the violent crimes they commit. I’ve dealt with everything from gang crimes, drive-by shootings, attempted murder, murder...and a lot of gun crimes.”

Diebolt has also received several letters of reprimand in over the two decades he's worked for the county, ranging from mishandling of prosecution and failure to disclose exculpatory evidence to retaining and viewing emails of pornographic and X-rated material on his work computer.

The prosecutor asserts mistakes are bound to happen from time to time in his 23-year career prosecuting “killers and a variety of gang members,” especially when dealing with dozens of cases.

“I would have 35 violent crime cases and eight to 10 homicide cases going at any one time,” Diebolt said. “Is there ever a time when you’re overworked? Probably, but I think anyone who puts it out there and fights is going to have a few issues once in a while.”

In 2019, Diebolt was reprimanded for “neglect of duty” and “failure to satisfactorily perform job duties and responsibilities” for failing to file a response to the defense’s motion to suppress evidence in a first-degree murder case, even after asking the court for an extension. Diebolt said the oversight was due to prosecuting another homicide case which lasted longer than expected, as well as a heavy case-load.

“In that period of time, I did complete a homicide trial which took me into a second week and that trial I was doing all by myself so I didn’t get caught up with the paperwork,” Diebolt said. “That happens sometimes, but there is no requirement that a response is required after every single motion that’s filed.”

The Pima County Attorney’s Office disagreed with Diebolt’s reasoning in their 2019 Letter of Reprimand, insisting “There is no excuse for not responding to the motion in the first instance. Nor is there any excuse for not responding after the extension was granted.” The letter went on to state, “Your actions have discredited the office and may have caused significant harm to the state's ability to prevail at trial in a first-degree murder case.”

In 2015, the prosecutor found himself in hot water after failing to disclose a “free-talk” conversation that may have potentially exonerated a person being tried for murder in a separate case. “Free-talk” is when a prosecutor and a detective will have a conversation with an informant, but the information isn’t always credible, said Diebolt. The case in question was being prosecuted by Diebolt’s supervisor at the same time.

“We sit down and talk with somebody who gives us information. Whether it’s credible or not, whether it’s truthful or not, I don’t know. I rely on the detective I work with to get to the bottom of it,” Diebolt said. “Later on, when the issue was brought to my attention I didn’t believe that it was new information because we already had a name. Going back, I definitely would have handled it differently.”

The county’s 2015 Letter of Reprimand points out, “It is important to note that Tucson Police Department Detective Brett Barber was present for the free talk. Detective Barber asked a number of questions during the free talk that indicated he knew about the murder of Roger Catalan. You failed to ask Detective Barber about the Catalan homicide case to determine whether that case was being prosecuted by this office. Had you done so, you would have learned that, in fact, this office was prosecuting the case. Your lack of attention to detail and failure to exercise due diligence on this issue is inexcusable for a prosecutor with your years of experience.”

In the same letter, Diebolt was also reprimanded for “mishandling of the prosecution” for offering a plea agreement considered outside the county office guidelines without a supervisor’s approval. The prosecutor had offered an eight-time felon a plea of up to 3.5 years in prison for an armed robbery case involving methamphetamine for sale, a sentence far less than a repeat offender would typically serve for the same crimes.

“You pled the case out of guidelines without obtaining permission to do so, and as a result, you enabled a dangerous, repetitive felon involved in methamphetamine distribution and armed robberies to be released early back into the community, thus endangering public safety,” the 2015 letter states. “You have worked for this office for 18 years and have repeatedly been told that pleading cases outside of guidelines require supervisor approval. Your unwillingness to accept responsibility for this lapse is troubling.”

In 2009, Diebolt received a Letter of Counseling for having used his office email account to “receive, intentionally view during work hours, and retain in your in-box materials of a pornographic and X-rated nature, as well as transmit e-mail of a discriminatory nature,” according to the letter.

Diebolt contends he never requested the lewd emails, never opened them, never downloaded them and never forwarded them. The prosecutor believes his only mistake was not immediately deleting the content from his work email once it showed up in his inbox. Diebolt also said he could not control what emails were sent to his work account during the late 2000s.

“On the internet, people can send whatever they want and the issue was one email that was sent to me. I never opened it. I never looked inside of it. It was sent to me by someone...you can’t block them or at least you couldn’t then,” Diebolt said. “But the rule doesn’t say you can’t receive those because you can’t control who sends those to you. It says you may not download it, you may not open it, you may not forward it. All of which I did not do.”

The 2009 Letter of Counseling indicates there were approximately 20 other occasions in a 60-day period where Diebolt had “received, viewed during work hours, and retained in your e-mail in-box e-mails and attachments containing pornographic photographs and videos that had been sent to you.” The letter also said Diebolt made no attempt to reach out to IT staff to correct the matter.

Furthermore, the letter went on to state that out of 950 emails Diebolt received in that 60-day period, more than half were not business-related. In addition, Diebolt apparently opened every personal email received while failing to open emails from his supervisors regarding case victories.

“Clearly, you made decisions about which e-mails to open based upon the name of the sender and the information contained in the subject line, and you intentionally opened all the personal and pornographic and inappropriate e-mails,” according to the letter.

The office restricted Diebolt from receiving personal messages to his business email and his account was monitored for a one-year period by the office. The prosecutor complied fully with the department’s corrective actions and his Letter of Counseling was ultimately removed from his departmental personnel file by 2010.

“I think we’re all human and make mistakes,” Diebolt said. “Certainly we see that every day in every life.”